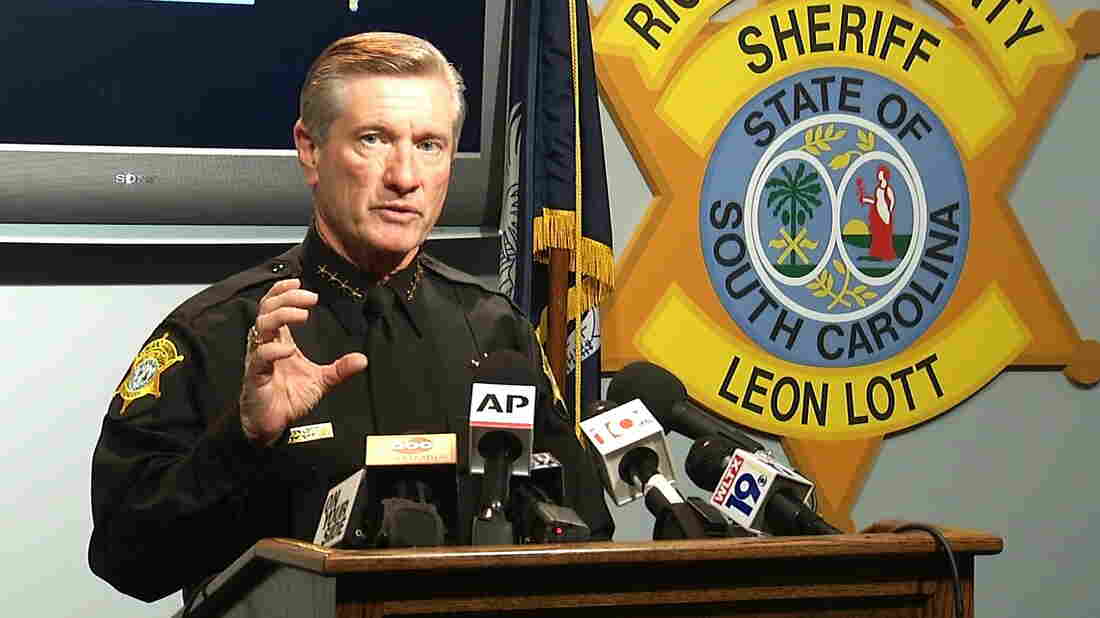 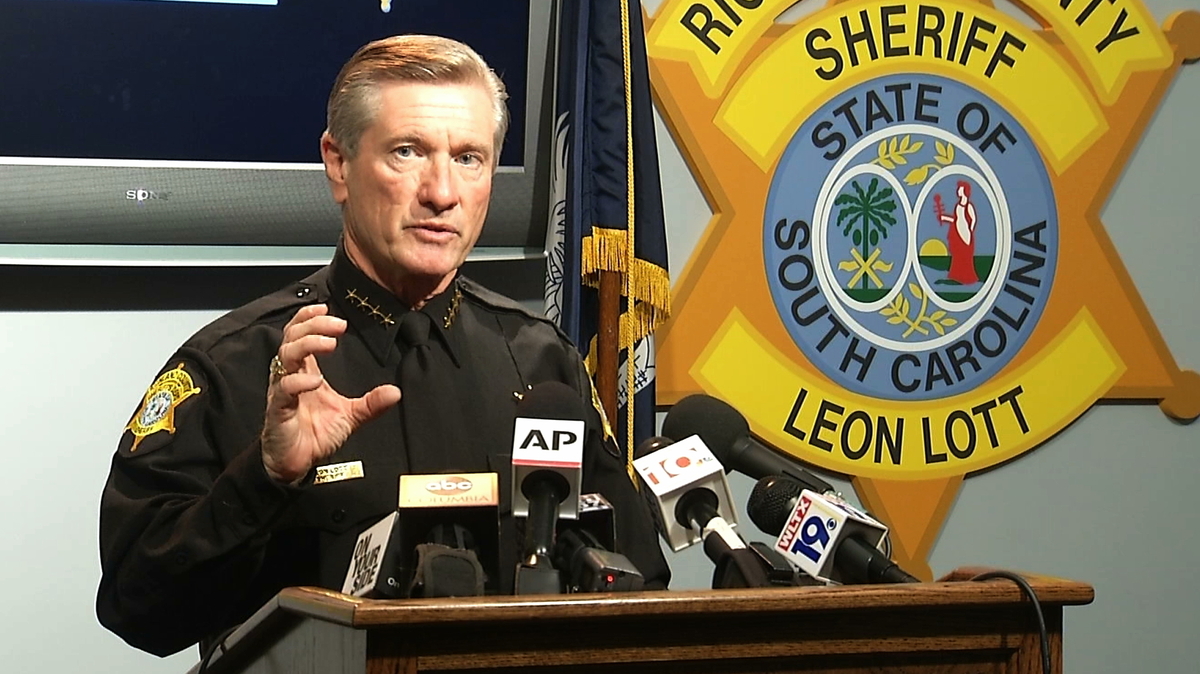 The sheriff said he's glad students documented the arrest with videos, which he said were helpful in reviewing the case.

Lott said "the maneuver" that Fields used didn't follow proper training or procedure, adding that he was upset after watching video of the moment when the deputy "picked the student up, and he threw the student across the room."

The teacher and administrator who were in the classroom during the altercation supported Fields, as did at least one student, Lott said, adding that they felt the deputy acted appropriately.

"I'm the one who had problems with it," the sheriff said.

Senior Deputy Ben Fields is seen pulling a student from her chair at Spring Valley High School in Columbia, S.C., in these three images made from another student's video recording. AP hide caption

Senior Deputy Ben Fields is seen pulling a student from her chair at Spring Valley High School in Columbia, S.C., in these three images made from another student's video recording.

The sheriff also said some of the responsibility for the incident lies with the student in question, who he said disrupted the class and refused to leave the classroom.

"They're supposed to be there learning," Lott said of the students who were in the classroom when Fields grabbed the female student.

"There's some responsibility that falls on her," Lott said, before adding, "What she did doesn't justify what our deputy did."

The sheriff was then asked to elaborate on what Fields did wrong in the classroom.

Saying that he'd spoken to the deputy, Lott said that Fields "is sorry that this whole thing occurred."

"He tried to do his job," Lott said, before adding, "It happened very quickly. His actions were something that, if he probably had to do it over again, he'd have probably done it different."

Of the student who refused to get up from her desk, Lott said she "wasn't a danger at that point. She was just being noncompliant and disrespectful."

The officer's goal, Lott said, should have been to talk with her and to de-escalate the situation before resorting to any physical contact.

The sheriff announced the findings of his department's internal inquiry around noon Wednesday.

Fields had been placed on unpaid leave after the incident, which was witnessed by a classroom of students Monday morning.

"I wanted to throw up; it makes you sick to your stomach," Lott said about his reaction to a video of the arrest, in which one of his officers flipped a young woman's desk backward before dragging her across the floor in a classroom. "You can't watch the video without having those feelings."

Lott said the internal affairs investigation into the incident at Spring Valley High School in Columbia, S.C., focused on whether Fields, a school resource officer, followed departmental procedures and guidelines.

"Any possible criminal investigation will be handled by federal and state agencies," reports local WLTX TV. As we reported Tuesday, Lott requested an independent federal investigation soon after the incident made headlines; the U.S. Justice Department says it's opening a civil rights investigation.

More than a dozen parents and other residents spoke about the videotaped arrest at last night's regularly scheduled board meeting for Richland School District 2, which includes Spring Valley High.

"My son said to me, 'Dad, no white child would have been removed from Spring Valley like that,' " said Stephen Gilchrist, of the district's Black Parents Association, according to WIS-TV.

Another attendee, who acknowledged that she knows Fields and was surprised by the video, told the board, "That child in the classroom was given ample opportunity to comply," adding later, "She chose to be defiant."

The incident has put Fields in the spotlight, with many observers discussing possible motives for his behavior.

On Tuesday, Lott said that he's not analyzing the student's behavior — only his officer's response. He also said that he doubts whether race played a role in the incident, noting that Fields "has been dating an African-American woman for 'quite some time,' " as the AP reports.

The deputy has also faced lawsuits over his on-the-job conduct.

The State newspaper reports: "Fields has had three lawsuits filed against him as a deputy. In one, involving an excessive-force allegation before Fields worked in schools, a federal jury found in his favor. Another case was dismissed, the Associated Press reported. The third suit, which is ongoing, alleges Fields wrongly pushed for a Richland 2 student's expulsion."