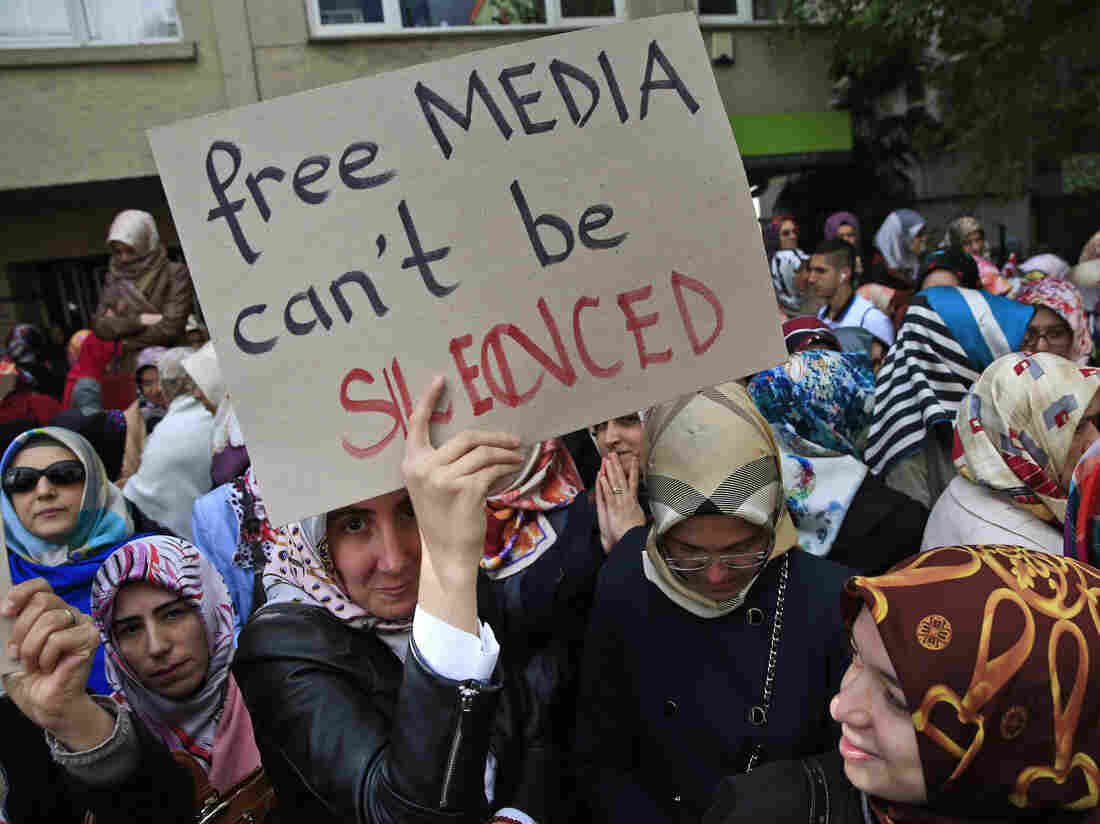 Anti-government protesters demonstrate in Istanbul near a Turkish broadcaster which was taken over by police. The company owns opposition television stations Bugun TV and Kanalturk. Lefteris Pitarakis/AP hide caption 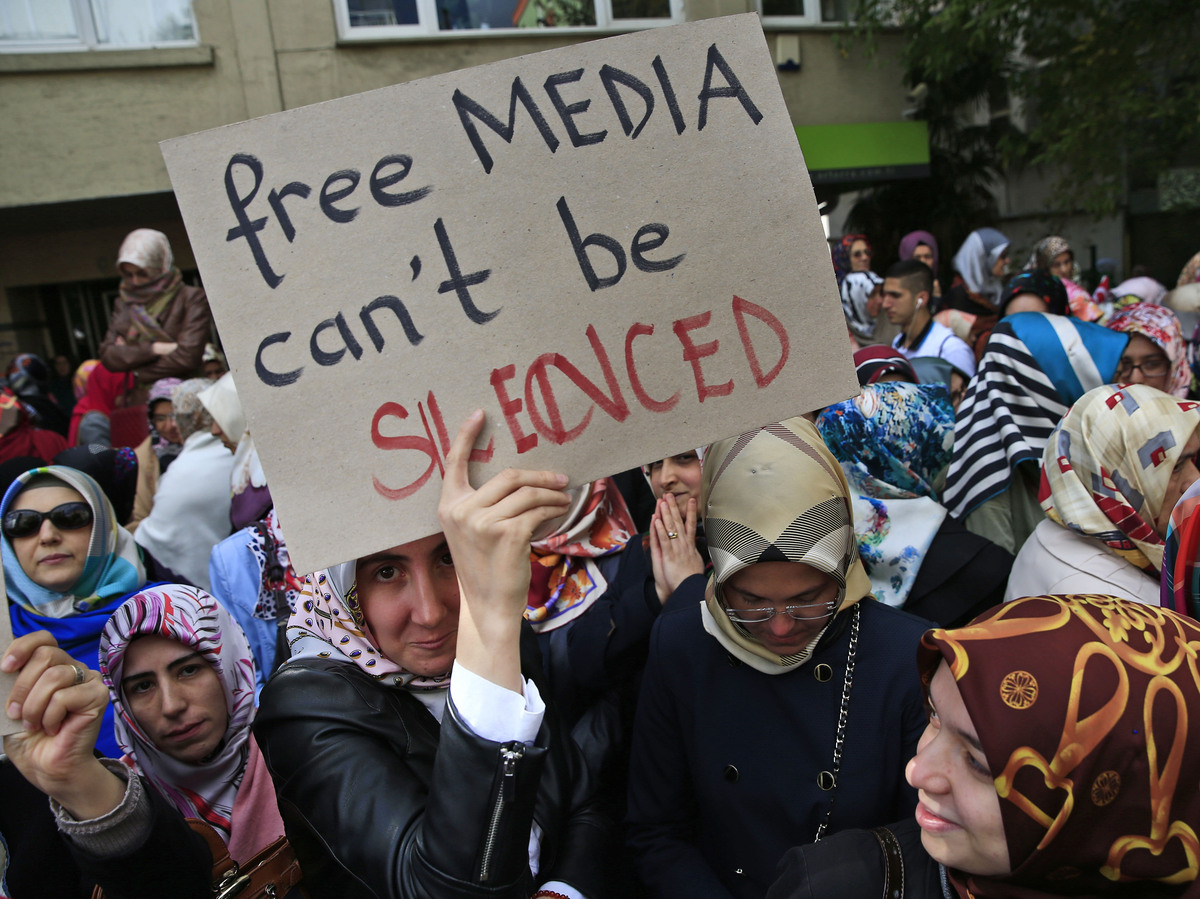 Anti-government protesters demonstrate in Istanbul near a Turkish broadcaster which was taken over by police. The company owns opposition television stations Bugun TV and Kanalturk.

Turkish police raided a broadcasting company in Istanbul known for supporting a government opposition group. The crackdown on the media company is the latest attempt by the government of Turkish President Recep Tayyip Erdogan to quell dissent just days before the country's general election on Nov. 1.

The police forcibly entered the company's building and took the Kanalturk and Bugun TV stations off the air. Suna Vidinli, a journalist for Bugun TV, live tweeted the takeover:

As NPR's Peter Kenyon reported last month, the silencing of journalists in Turkey has been going on for some time:

"Journalists say police have searched several companies. They belong to a group linked to Fethullah Gulen. He's the Islamic scholar and self-imposed exile in Pennsylvania. His supporters run some media outlets that have been quite critical of the government. An opposition politician says it's a crackdown on dissent. Basically, analysts say the environment is getting worse."

Kanalturk and Bugun TV are linked to Gulen.

The Turkish government, however, says it doesn't arrest people for committing journalism, Peter says. "They say that all of the charges against journalists are for violating security laws or terrorism laws, and these give pretty sweeping powers to authorities."

According to the BBC, Wednesday's raid was "linked to an investigation into the group on suspicion on 'terror financing' and 'terror propaganda,' Ankara's chief prosecutor's office said in a statement."

An earlier version of this post incorrectly said the stations belonged to Fethullah Gulen.