Accessibility links
5 Headlines: Media Consensus Is That CNBC Was GOP Debate's 'Biggest Loser' : The Two-Way On multiple occasions during the third GOP debate, the moderators were booed. Sen. Ted Cruz even used one of his questions to rail against CNBC and the mainstream media. 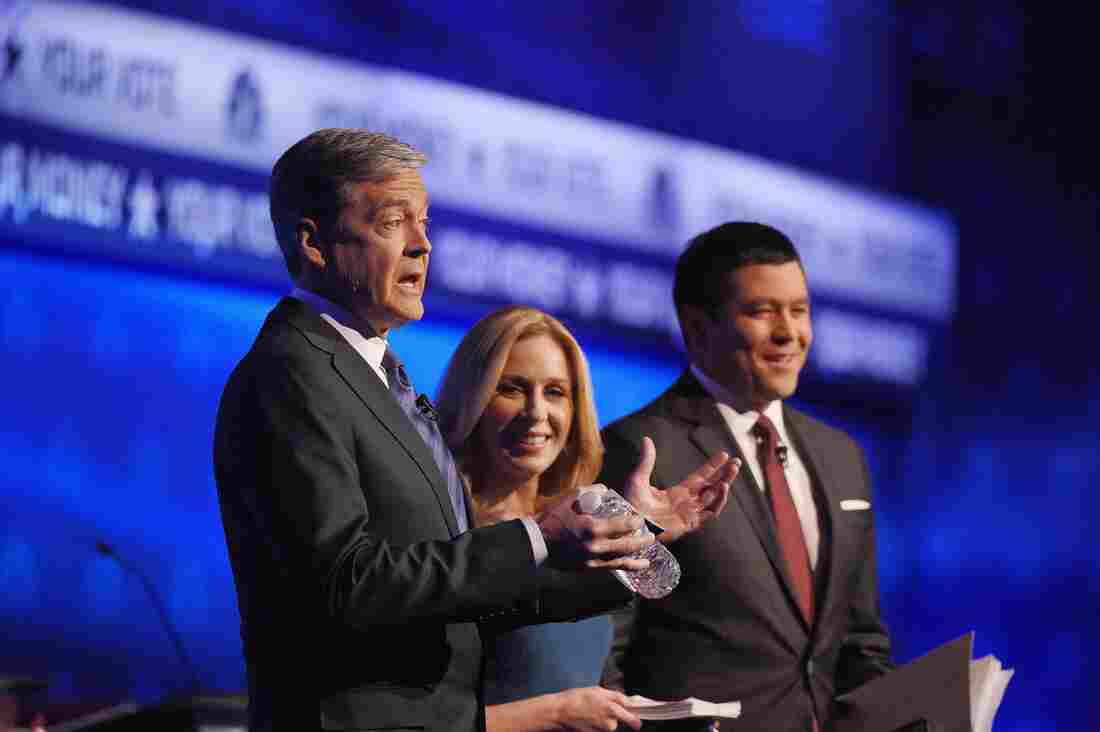 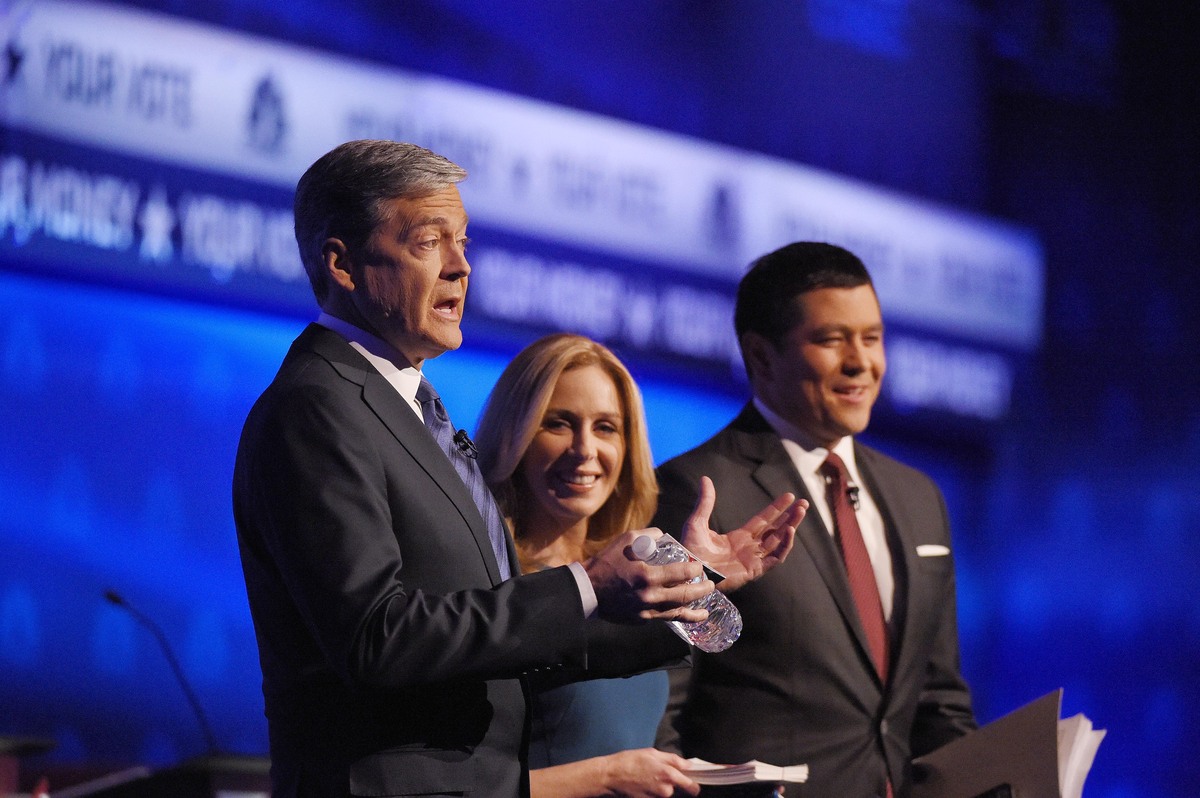 The pundit world is still trying to decide which of the 10 Republican candidates for president won the third Republican debate of the 2016 race.

But it didn't take long for there to be consensus on one thing: CNBC was the night's "biggest loser."

On multiple occasions, the moderators were booed for their pointed questions. And in one of the most memorable moments of the night, Sen. Ted Cruz ignored a question from moderator Carl Quintanilla and launched into a speech decrying the bias of CNBC and the mainstream media.

"Nobody watching at home believes that any of the moderators has any intention of voting in a Republican primary," Cruz said.

With that, here are five headlines and excerpts that tell story:

"It was brutal takedown, and CNBC's smarmy moderators had it coming. Cruz is far from the first conservative to rail against liberal media bias, but he did it about as effectively as it can be done in 30 seconds. The clip of that moment will go viral. It may or may not give a boost to Cruz's presidential hopes, but it will certainly reinforce the public's sense that the mainstream media isn't trustworthy."

2. "CNBC Was the Biggest Loser of Its Own Debate" (Slate):

"The main moderators—John Harwood, Becky Quick, and Carl Quintinilla—appeared to be in a different time zone from Jim Cramer and Rick Santelli, who pitched in with a few questions. Although come to think of it, Quintanilla may have been in a different zone from everyone. Were there tough questions? Sure. In fact, there were more than a few. There were hard queries about H-1B visas, and the candidates' tax plans. Quintanilla even managed to push Ben Carson on his involvement with Mannatech, the shady multilevel company whose vitamins and other supplements it allowed sales reps to claim cured autism and cancer.

"But mostly CNBC's debate was mess—and to regular CNBC viewers, a familiar one. How bad was it? Straight-ahead moderators John Harwood and Becky Quick seemed to be broadcasting from Planet Face the Nation, lobbing serious policy questions. Meanwhile, the more flamboyant Cramer and Santelli practically competed for overacting honors."

"The CNBC panelists seemed oblivious to how they came across and how eager they appeared to embarrass the candidates, often on trivial matters. Marco Rubio's cashing in a small retirement fund and paying a fine for doing so – that was their idea of an important issue.

"It backfired. Ted Cruz, then Rubio, then Chris Christie rebelled against the line of questioning. Trump said the questions were 'nasty and ridiculous.' Cruz and Rubio noted the Democratic candidates got far more softball questions at their debate. (CNBC wasn't involved in that event.) 'Democrats have the ultimate super PAC,' Rubio said. 'It's called the mainstream media.'"

"The debate had barely wrapped up when Republican National Committee Chairman Reince Priebus marched into the spin room and blasted the network. In a statement sent out soon after, Priebus said he was disappointed in the network moderators.

"'Our diverse field of talented and exceptionally qualified candidates did their best to share ideas for how to reinvigorate the economy and put Americans back to work despite deeply unfortunate questioning from CNBC,' Priebus said. 'One of the great things about our party is that we are able to have a dynamic exchange about which solutions will secure a prosperous future, and I will fight to ensure future debates allow for a more robust exchange. CNBC should be ashamed of how this debate was handled.'

"'People who want to be President of the United States should be able to answer tough questions,' Steel said in an email."

"Debate watchers on social media rightly criticized CNBC's moderators for some of their questions and for not being able to rein in candidates when they went out of bounds, either on time or substance. But, at times, the 2016 hopefuls on stage seemed to pounce on the moderators with little reason or disputed some facts that weren't exactly in their favor.

The arguments were often left unsolved as the moderators tried their best to, well, moderate and keep the debate moving on."