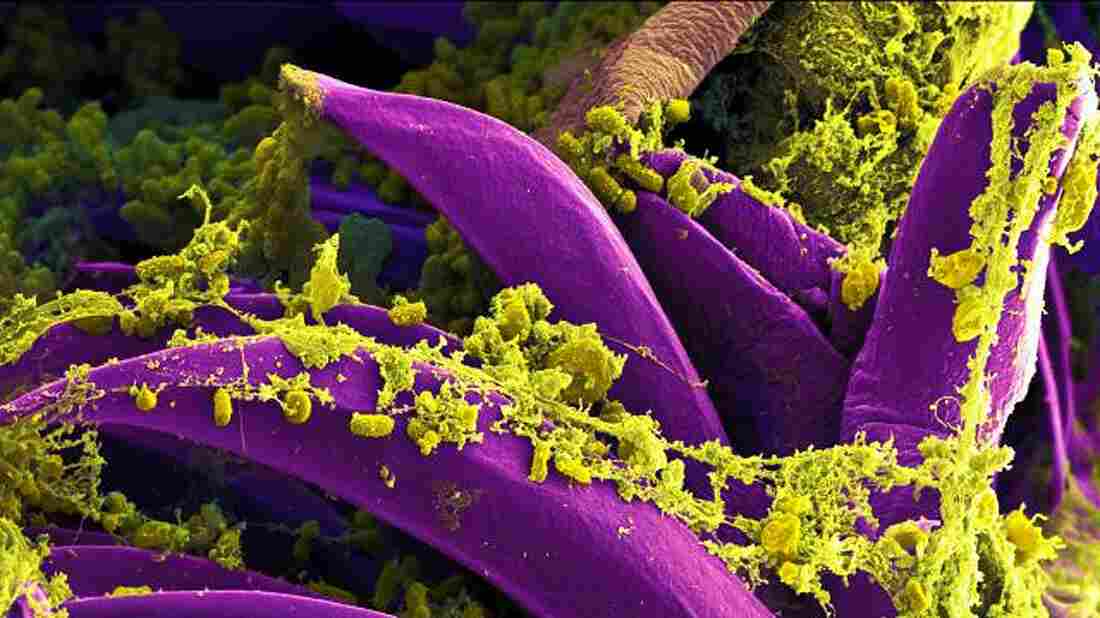 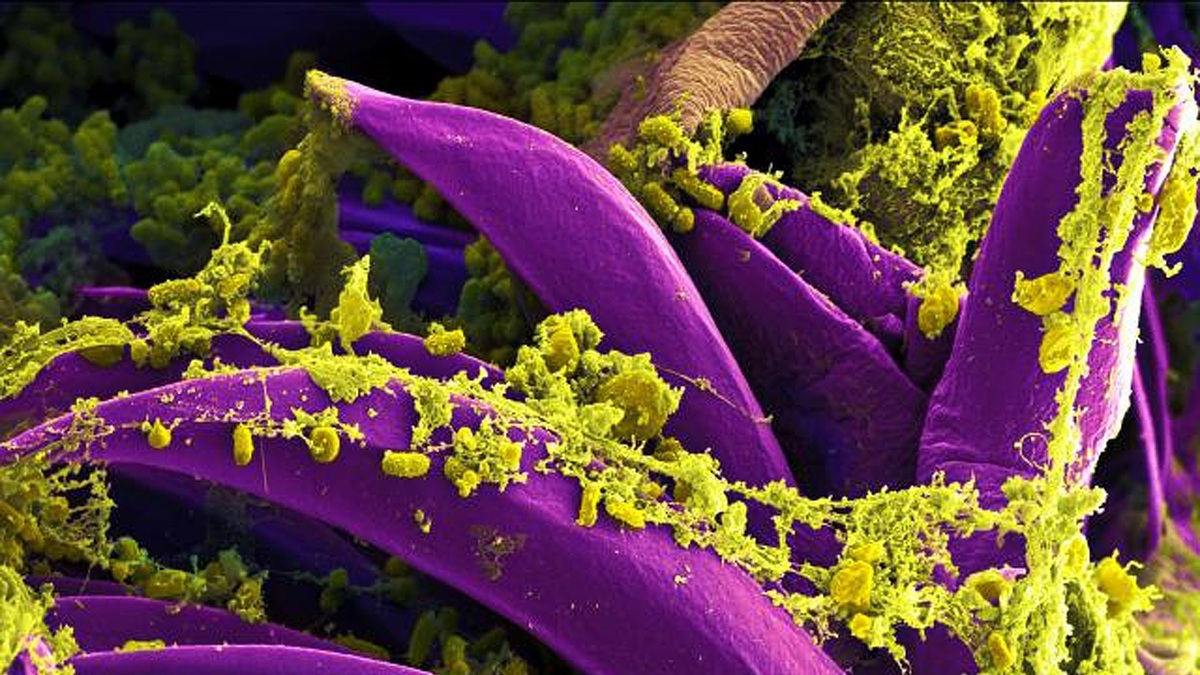 This digitally colorized image shows the yellow-colored Yersinia pestis bacteria, the pathogen that causes bubonic plague, on part of a flea's digestive system.

National Institute of Allergy and Infectious Diseases via CDC

A teenage girl is believed to have contracted bubonic plague from a flea on a hunting trip, according to Oregon health officials. The Crook County girl got sick five days after the trip started on Oct. 16; she's been hospitalized in Bend, Ore., since Oct. 24.

Plague is an infectious bacterial disease that's carried by squirrels and other rodents and spread by their fleas. It's treated with antibiotics, which can be particularly effective if they're administered early. A vaccine against plague isn't widely available, although one is licensed for use in the United States.

Oregon officials say the teen patient is recovering in an intensive care unit in Bend. No other updates were provided about her condition.

The girl is believed to have contracted the plague near Heppner in Morrow County, in north-central Oregon. State and federal agencies are investigating the case; they say no other infections are known.

Bubonic plague doesn't require medical isolation; only pneumonic plague is contagious, able to spread through droplets in the air, according to the Centers for Disease Control and Prevention.

In the past 20 years, Oregon has had eight human cases of bubonic plague, according to the state's Health Authority, with no deaths reported. The CDC says that nationwide, an average of seven human cases are reported each year, but the number can fluctuate: In one week last year, four cases of the plague were reported in Colorado.

"Many people think of the plague as a disease of the past, but it's still very much present in our environment, particularly among wildlife," says Dr. Emilio DeBess, a veterinarian in Oregon's Public Health Division. "Fortunately, plague remains a rare disease, but people need to take appropriate precautions with wildlife and their pets to keep it that way."

The symptoms of bubonic plague range from a fever and headache to painfully swollen and inflamed lymph nodes — or buboes.

The normal incubation period for plague is from one to six days after the initial infection, the CDC says. A lab test is required for a confirmed diagnosis.

Before the introduction of antibiotics, the mortality rate for plague patients was 66 percent, the CDC says. But in the two most recent decades, that number fell to 11 percent.

According to The Associated Press, "In 2012, an Oregon man lost his fingers and toes to the plague. He had contracted the disease from his cat after trying to remove a mouse from the cat's throat."