Accessibility links
WATCH: Surveillance Footage Shows Waco Biker Gang Shootout : The Two-Way Nearly six months after a gunfight between rival gangs left nine people dead in and around a restaurant in Texas, CNN has obtained a video of part of the shootout.

In the video, men in jeans and black leather vests duck for cover behind tables, guns drawn, as waitresses can be seen fleeing in the background.

The chaotic scene is from May 17, when rival motorcycle gangs engaged in a shootout in and around a restaurant in Waco, Texas. Police also joined the gunfight that ultimately left nine people dead, 18 wounded and resulted in the arrest of 177 people. Later, authorities lowered the bail and released some of them after motorcycle clubs claimed the police had treated the bikers unfairly.

The newly released surveillance footage, obtained by CNN, adds another level of drama to the incident that involved the Cossacks and Bandidos motorcycle gangs and hundreds of weapons.

As NPR's John Burnett has previously reported, the shooting took place at a popular sports bar, known as a "breastaurant" for its scantily clad waitresses, in Waco, Texas:

"Waco police said trouble had been brewing at the Twin Peaks bar and grill for some time. Bikers had been congregating there in ever-increasing numbers, and there had been more and more arrests for fights and weapons. Authorities had intelligence that there was a high potential for violence on Sunday. And they were right.

"About 12:15 p.m. local time, a fight reportedly started in the bathroom, then moved into the bar and finally spilled into the parking lot, where the motorcycle riders went at each other with guns, knives, chains and clubs.

"Sgt. Patrick Swanton, a spokesman for the Waco police, says: 'Our officers engaged hostile targets, and we started shooting at people who were shooting at other people. Those individuals also turned on our officers, and fired at our officers.'

"Waco police and SWAT team members — who were already on hand — returned fire. He said the investigation will determine which of the nine dead gang members were killed by other bikers or by police officers. Swanton described the crime scene as 'gruesome.' "

The Dallas Morning News reports that "despite the $1 million bonds slapped on each person held in custody, not a single person has yet been charged in the fatal incident. A grand jury now has the case. Perhaps indictments are imminent." 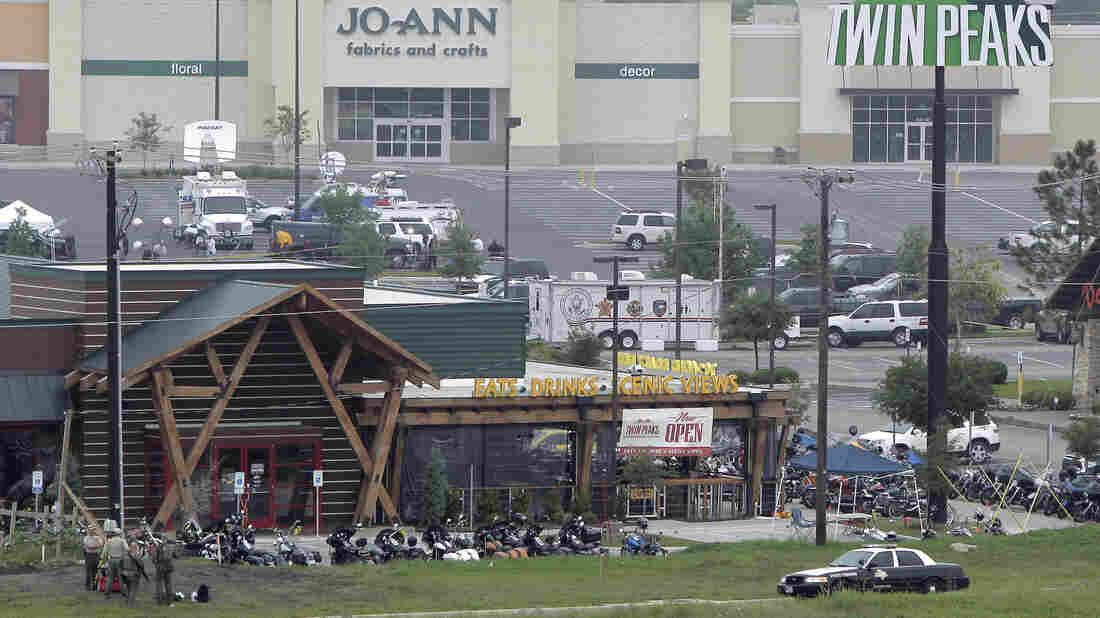 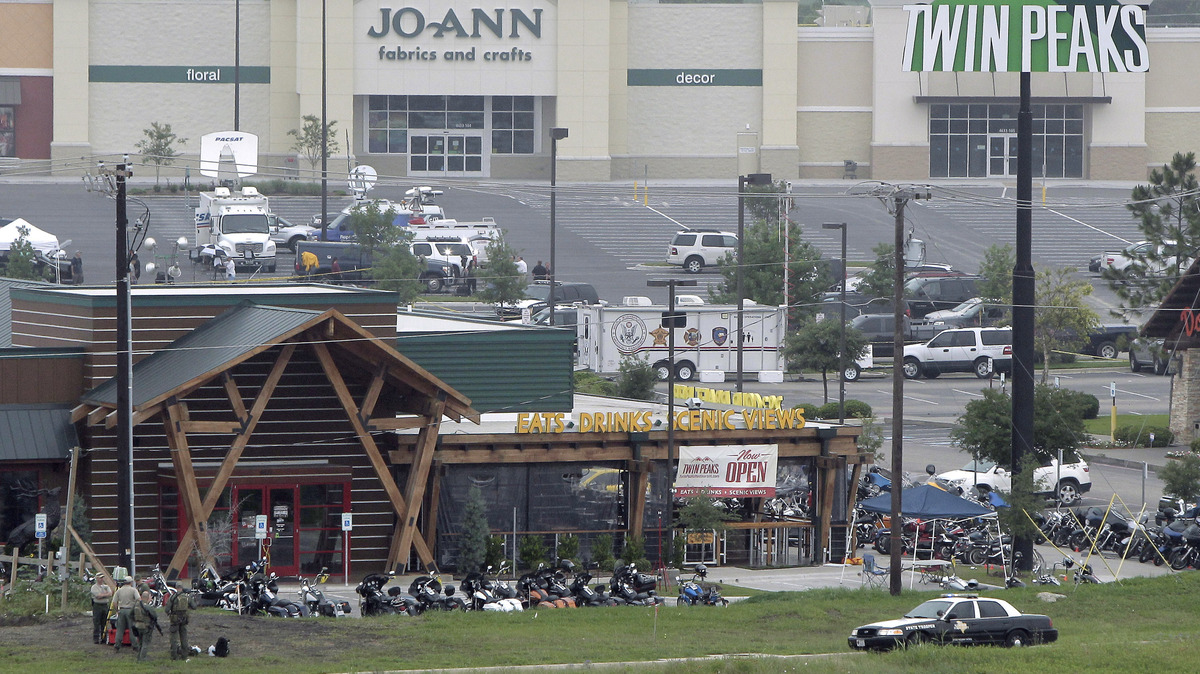