Accessibility links
The Rugby World Cup Final Is Saturday And It's Going To Be A Doozy : The Two-Way Defending champion New Zealand will face off against its rival, Australia, in London. You can watch the game on NBC at noon ET. 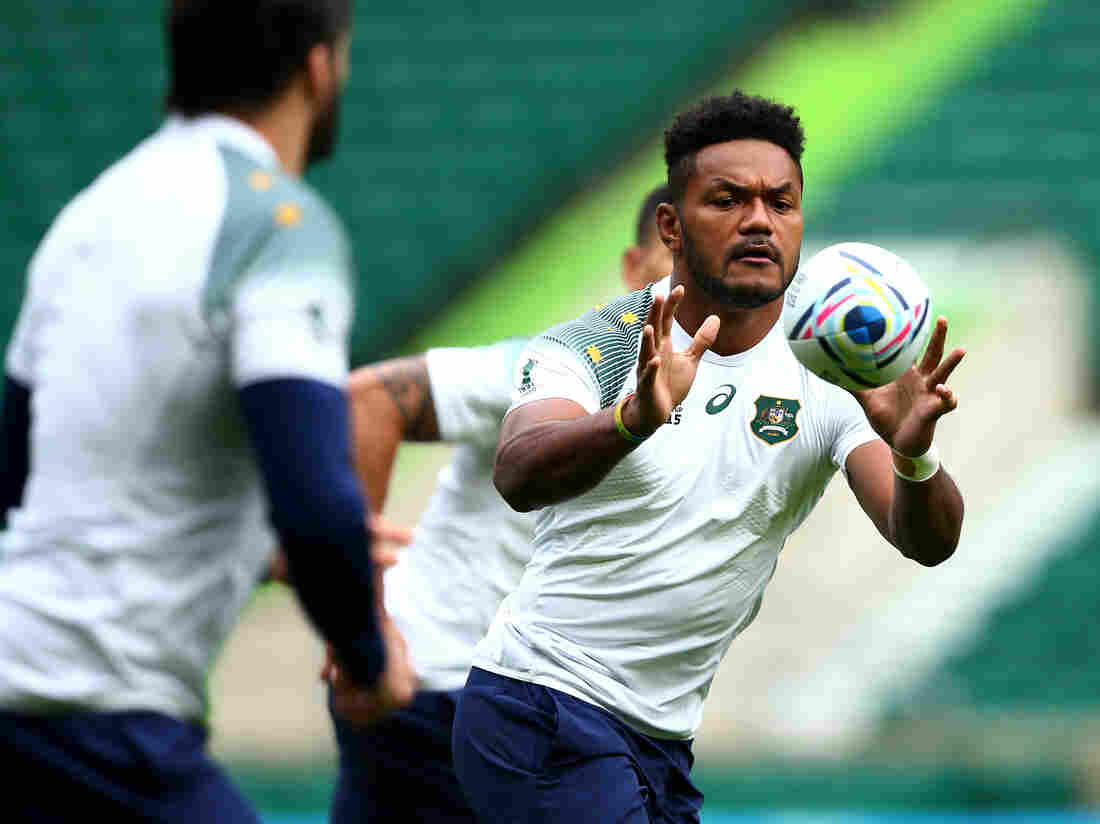 Henry Speight of Australia receives a pass during the Wallabies' practice ahead of Saturday's World Cup final against New Zealand at Twickenham Stadium in London. Dan Mullan/Getty Images hide caption 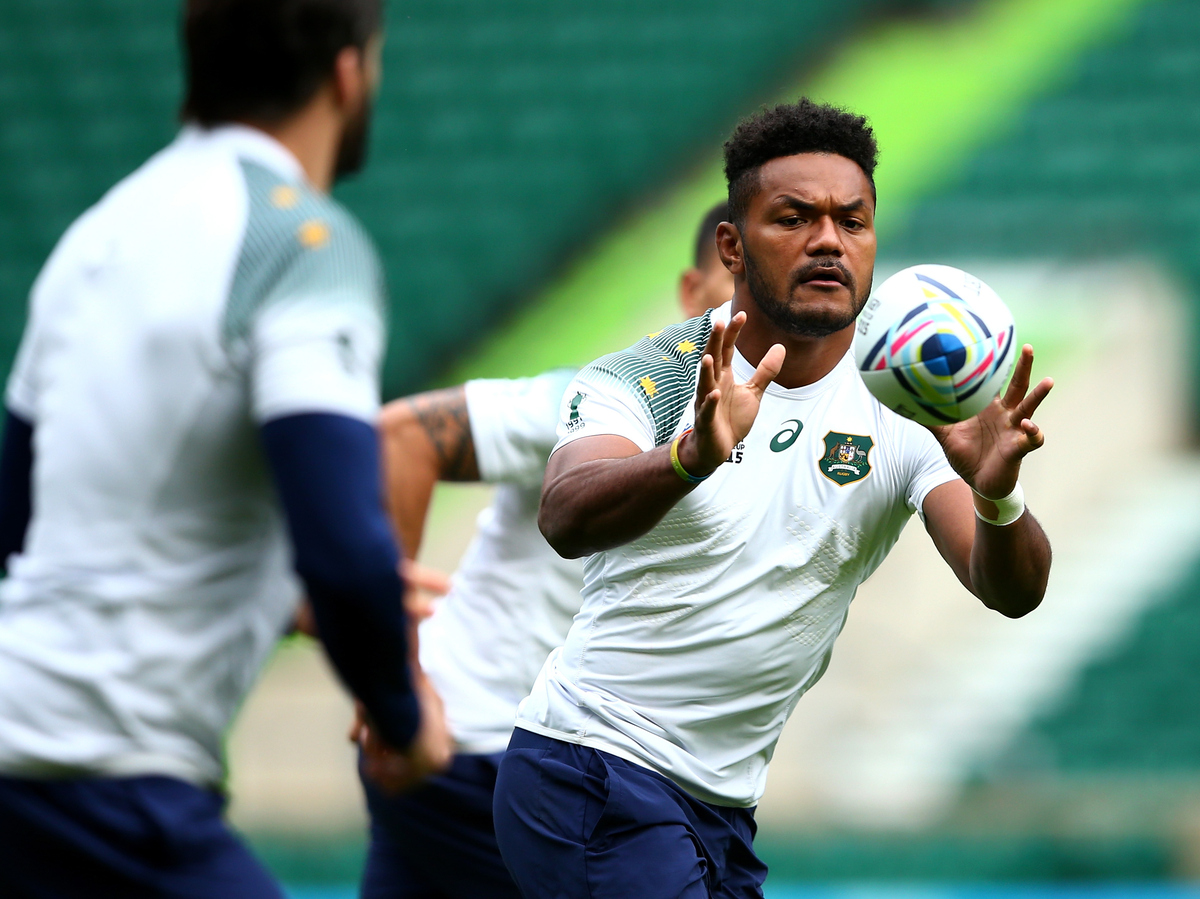 Henry Speight of Australia receives a pass during the Wallabies' practice ahead of Saturday's World Cup final against New Zealand at Twickenham Stadium in London.

As far as sports fans are concerned, late October is a bountiful time: You've got your NFL games, the World Series, the start of the NBA season, college football, weekend European soccer, NHL games and MLS playoffs.

It's an embarrassment of riches. And now, it's even richer because the final of the quadrennial Rugby World Cup is tomorrow. It will air at noon on NBC.

I don't know much (read: anything) about rugby tactics and strategy, but I do know what makes for a great sports narrative, and tomorrow's showdown between defending world champion New Zealand and its rival, Australia, has all the trappings of an epic story. 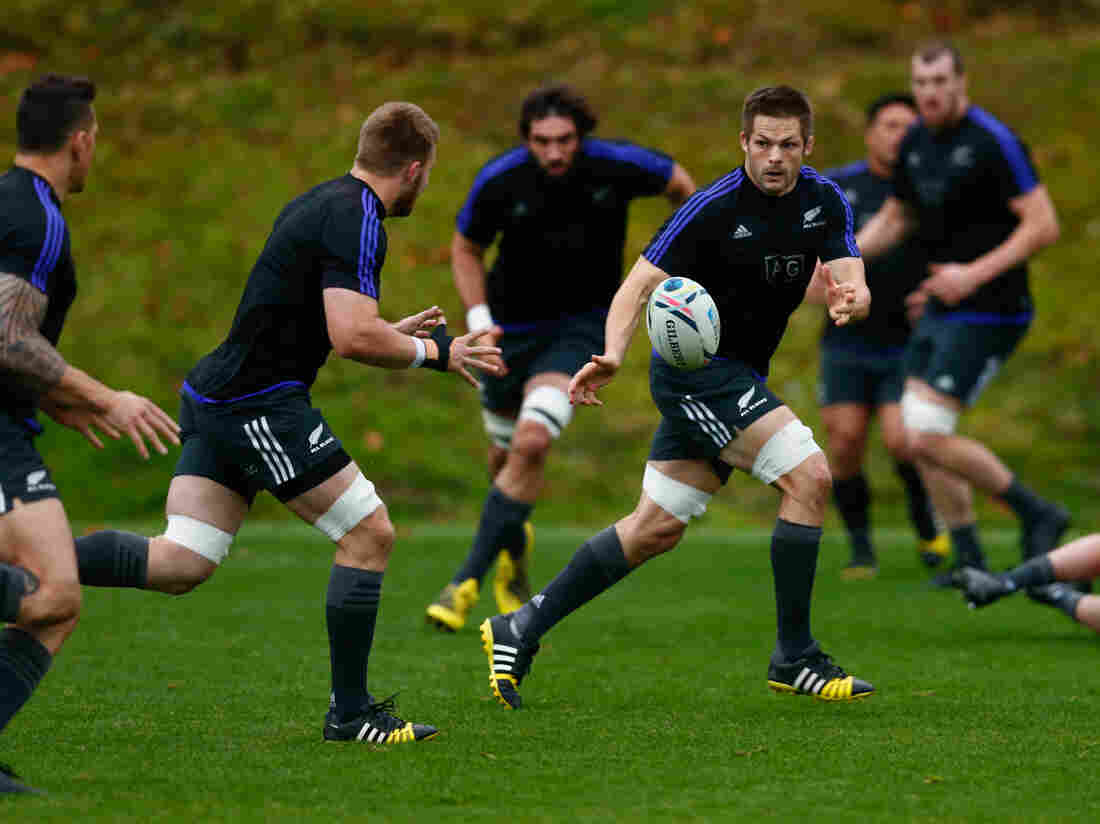 Richie McCaw of the All Blacks passes during a New Zealand training session on Friday in preparation for the World Cup final on Saturday. Phil Walter/Getty Images hide caption 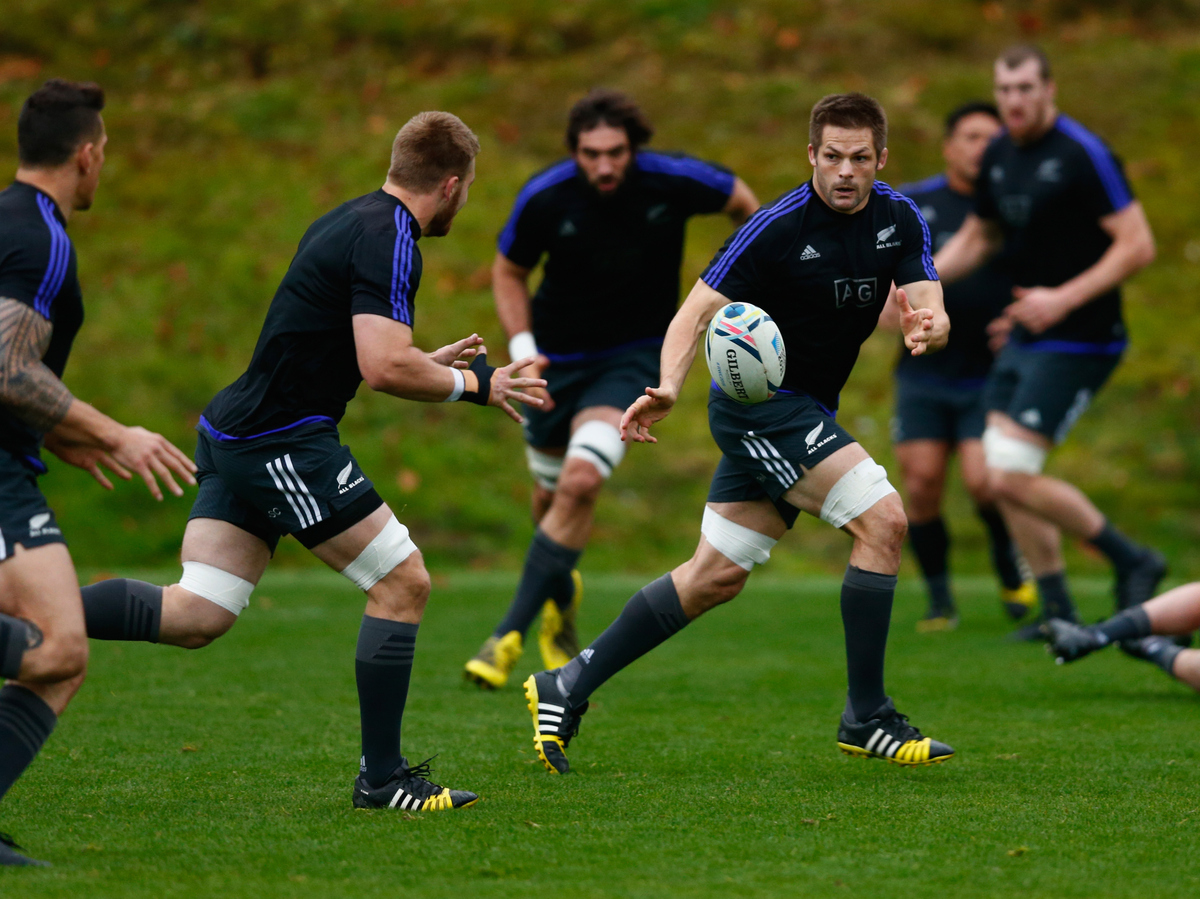 Richie McCaw of the All Blacks passes during a New Zealand training session on Friday in preparation for the World Cup final on Saturday.

In what's being called the "trans-Tasman decider," the New Zealand "All Blacks" will square off against the Australian "Wallabies" for the first time since the Rugby World Cup began in 1987. The two countries are the top-ranked teams in the world, but New Zealand arguably has the edge, having won 20 of the last 25 meetings between the two teams.

History on the line

Both national teams have won two Rugby World Cups, but tomorrow, one will become the first country to have won the title three times. New Zealand has a little extra history at stake, as well: if they win, they will become the first team to call themselves back-to-back World Cup champions. As is to be expected, both sides deny feeling the pressure.

"We don't want to get carried away, to do things differently because it is the final. We know what works for us - the formula's pretty proven - and we need to stick to that and make good decisions," New Zealand head coach Steve Hansen said according to BBC.

Australia's head coach Michael Cheika said more or less the same: "I don't feel as though there is any pressure. People love to talk about the whole pressure thing. The only time you feel pressure is if you are not prepared as well as you possibly can."

Spygate, move over, this alleged act of spying on the eve of the final may be even more diabolical. From ESPN:

"Images of Australia's game plan have been released on Friday afternoon after Michael Cheika's side had been put through their final preparations at the captain's run earlier that day.

"The rogue photographer appears to have snapped images of the game plan in the hand of scrum coach Mario Ledesma.

"The Wallabies are apparently intending to try and 'expose' Julian Savea and Nehe Milner-Skudder, and had ideas on how to "rattle" All Blacks No.8 Kieran Read, particularly from the kick-off."

But, if storied rivalry, history-making potential and devious intrigue isn't compelling enough, the game itself is fast-paced, ferocious and entertaining. While it hasn't really made a splash in America yet (the U.S. national team lost all four of their pool games in this year's tournament), watching these two teams duke it out will be worth it — if just to see how the story ends.

A previous version of this post incorrectly said the game would be shown on NBC Sports Network. It's on NBC.