Accessibility links
Russian Passenger Plane Crashes In Sinai With 224 Aboard : The Two-Way After taking off in Egypt on a flight to St. Petersburg, Russia, the aircraft crashed in the Sinai Peninsula. Egyptian officials say there were no survivors.

Russian Passenger Plane Crashes In Sinai With 224 Aboard

Russian Passenger Plane Crashes In Sinai With 224 Aboard 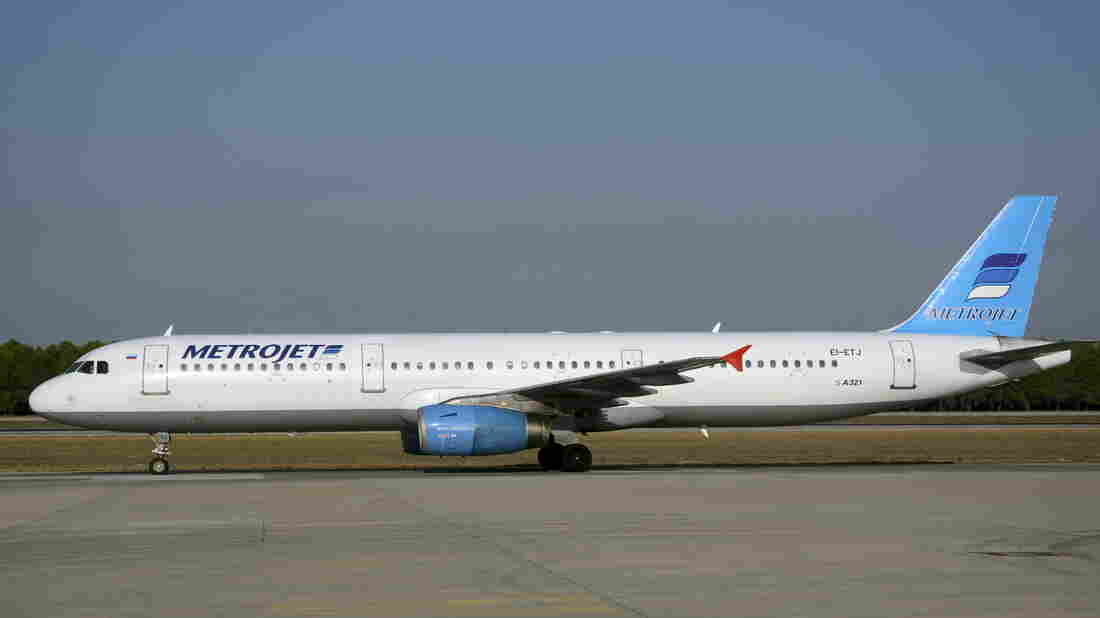 The Metrojet Airbus A-321 with registration number EI-ETJ that crashed in Egypt's Sinai Peninsula is seen here last month, at an airport in Turkey. The Russian airliner crashed while carrying 224 passengers and crew, the Egyptian civil aviation authority says. Reuters /Landov hide caption 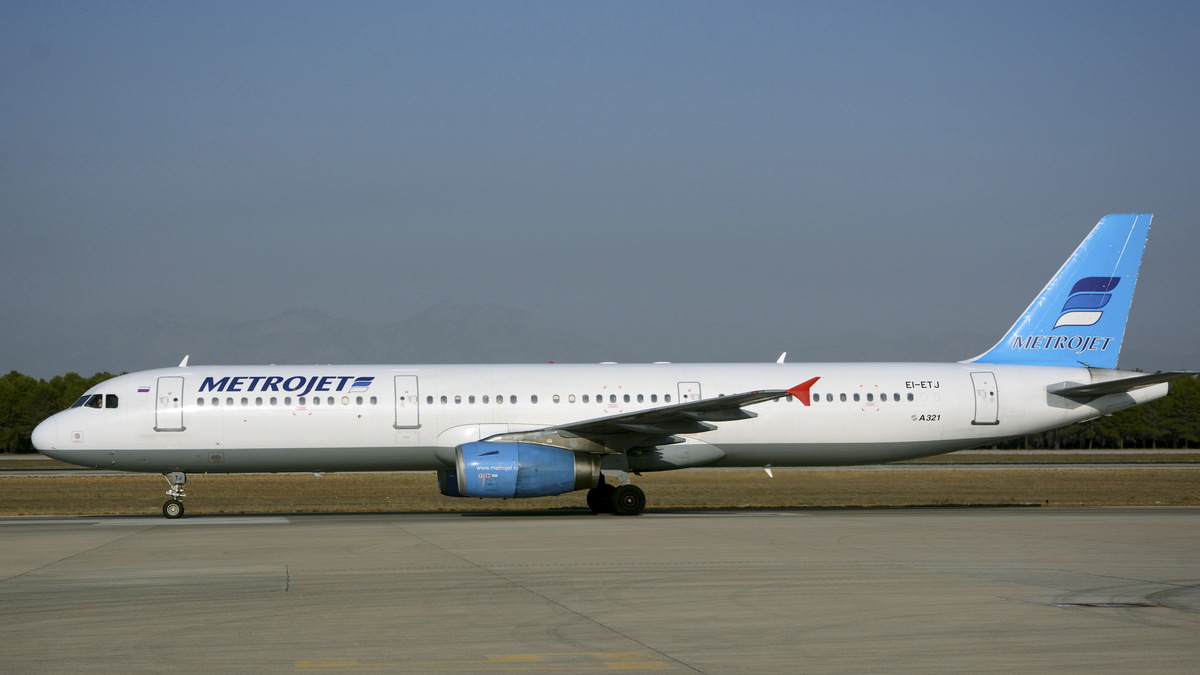 The Metrojet Airbus A-321 with registration number EI-ETJ that crashed in Egypt's Sinai Peninsula is seen here last month, at an airport in Turkey. The Russian airliner crashed while carrying 224 passengers and crew, the Egyptian civil aviation authority says.

A Russian aircraft carrying 217 passengers and seven crew members has crashed in Egypt's Sinai Peninsula, according to Egyptian authorities. The Airbus A321 lost contact with both Egyptian and Russian officials after it took off from Sharm el-Sheikh, Egypt, on a flight to St. Petersburg, Russia.

The Russian Aviation Agency says the airliner was a charter flight carrying tourists back from a popular Russian vacation spot, NPR's Corey Flintoff tells our Newscast unit. The plane was operated by Metrojet, a small airline formerly called Kolavia.

There were no survivors, both Egyptian and Russian officials say. Investigators are working to determine what caused the crash. The AP reports that during the brief flight, the airliner's pilot reported technical difficulties and said he wanted to make an emergency landing.

Russian Transport Minister Maksim Sokolov, who is now on a flight to Egypt along with several other high-ranking officials, says that reports that the Russian airliner "was hit by terrorists in Egypt cannot be considered reliable," Russia's Interfax news agency reports.

That statement came after the ISIS affiliate in the Sinai put out a statement claiming responsibility for the crash. Experts on the group have told NPR's Alice Fordham that they're skeptical of such claims, adding that the group provided neither proof nor details about how they might have downed the aircraft.

With the cause of the crash under investigation, both Air France and Lufthansa say their planes will avoid flying over the Sinai Peninsula, as a precaution, the AP reports.

Russian investigators searched the airline's offices, to confiscate any documents related to the plane that crashed, Interfax says.

At least 100 bodies have been recovered from the scene of the crash, according to Russia's Tass agency, which adds that at least one black box flight recorder has also been found. The state news outlet adds that the passengers included 138 women, 17 children, and 63 men.

"I now see a tragic scene," an Egyptian security officer tells Reuters in a phone call. "A lot of dead on the ground and many who died whilst strapped to their seats.

"The plane split into two, a small part on the tail end that burned and a larger part that crashed into a rock. We have extracted at least 100 bodies and the rest are still inside."

The officer adds, "We are hearing a lot of telephones ringing, most likely belonging to the victims, and security forces are collecting them and putting them into a bag."

A look at the plane's flight data on the Flight Radar site shows that after taking off from the Red Sea resort, it quickly gained speed and altitude after takeoff. But moments after it topped 400 knots and 33,000 feet, the airliner's speed abruptly fell to just 93 knots, with an altitude of 28,375 feet, according to the Flight Radar data.

The flight tracker data shows the airliner's flight lasted only about 20 minutes, halting when the plane was northeast of the town of Nekhel, in the central Sinai region.

Corey also notes that as the story developed early Saturday, conflicting reports emerged about the plane's crash site. Some Russian media outlets, he said, initially reported that the authorities lost contact with the aircraft over Cyprus.

Russia's President Vladimir Putin has declared a national day of mourning for Nov. 1, ordering flags to fly at half-mast. Earlier, Putin sent his condolences to the families of those aboard the plane, directed Russia's emergency agencies to assist at the crash site, and formed a commission to investigate the crash.

Egypt's President Abdel-Fattah el-Sissi issued a statement offering "sincere condolences to the leadership, government and people of Russia as well as the families of the victims of the Russian plane crash that took place near Al-Hasana City in Sinai."