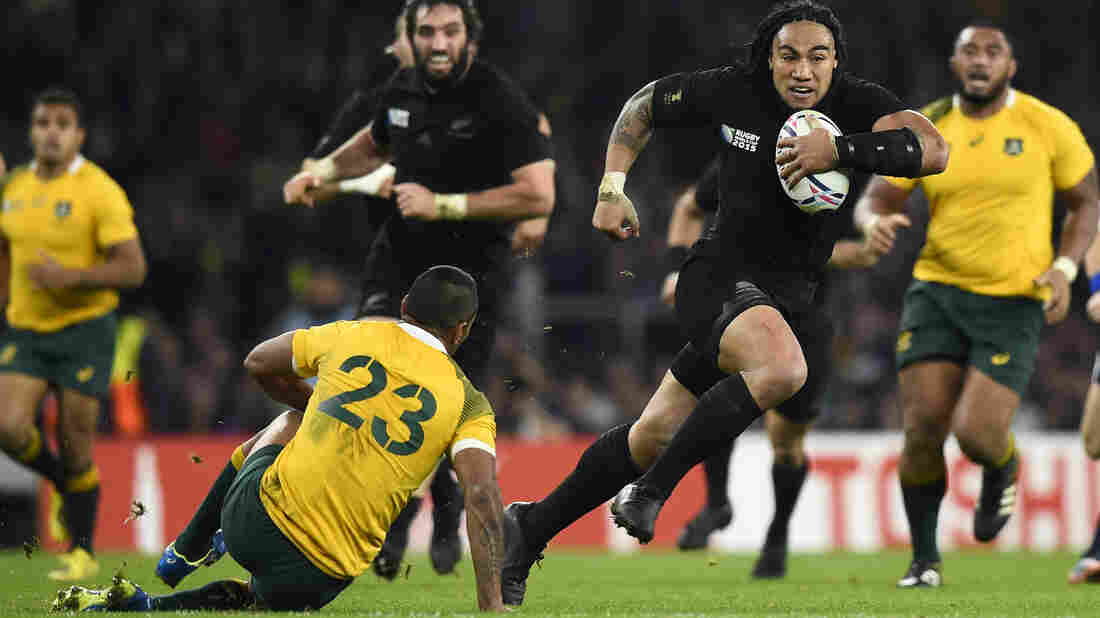 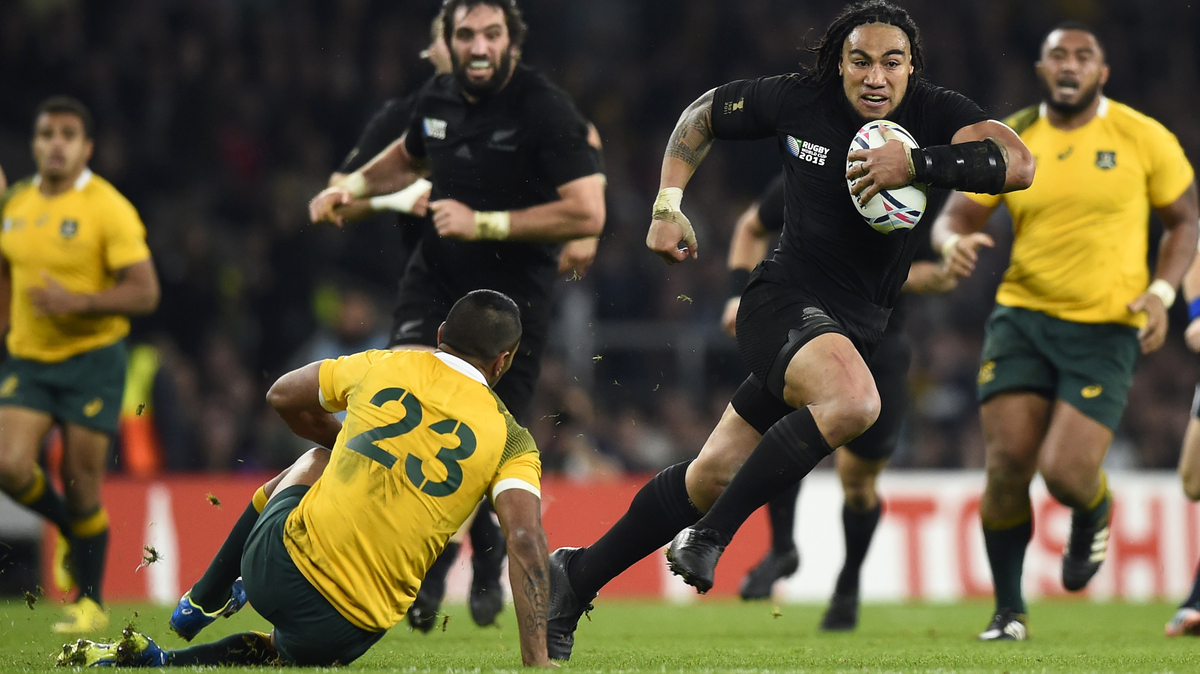 Ma'a Nonu of New Zealand runs to score a try during the Rugby World Cup final against Australia at Twickenham Stadium in London Saturday.

Facing their close rival Australia in the finals of the Rugby World Cup, New Zealand's All Blacks are now back-to-back champions, winning 34-17.

In addition to cementing New Zealand's status as the dominant force in rugby today, the historic win makes the All Blacks the first team to win three World Cups — an honor that Australia's Wallabies had been vying for, as well.

"The Wallabies mounted a spirited comeback and made some Kiwi fans fairly nervous with two quick tries halfway through the second half, but the ABs had the quality, fitness and focus to get over the line."

Australia had closed to within 21-17 in the 65th minute, but New Zealand's Dan Careter answered with a crucial drop goal five minutes later, for a 24-17 lead. Five minutes after that, Carter kicked for another three points on a penalty, before his teammate Beauden Barrett scored in the final minute.

One day before the final, allegations of spying emerged, after images revealing at least part of Australia's game plan were put online, as NPR's Laura Wagner reported last night. The images were apparently taken by a photographer who focused his camera on papers held by an Australian coach, ESPN reported.

After New Zealand's win, Australia's ABC network reported, "Safe to say that was comprehensive. The All Blacks were on top from the opening whistle and looked every bit the champions."