Accessibility links
Tropical Cyclone Chapala Batters Yemen, Dumps Years' Worth Of Rain : The Two-Way Yemen is used to getting about 4 inches of rain per year. Chapala has dumped more than twice that in a day. Parts of the arid, war-torn country are now flooded. 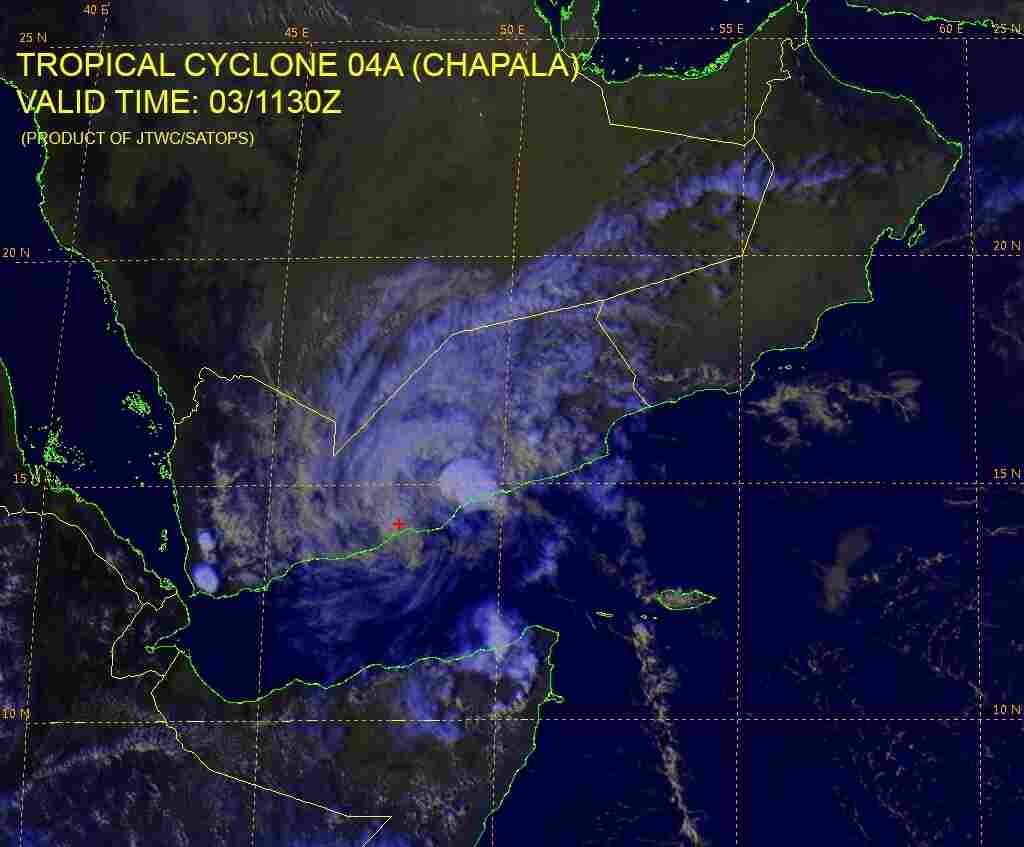 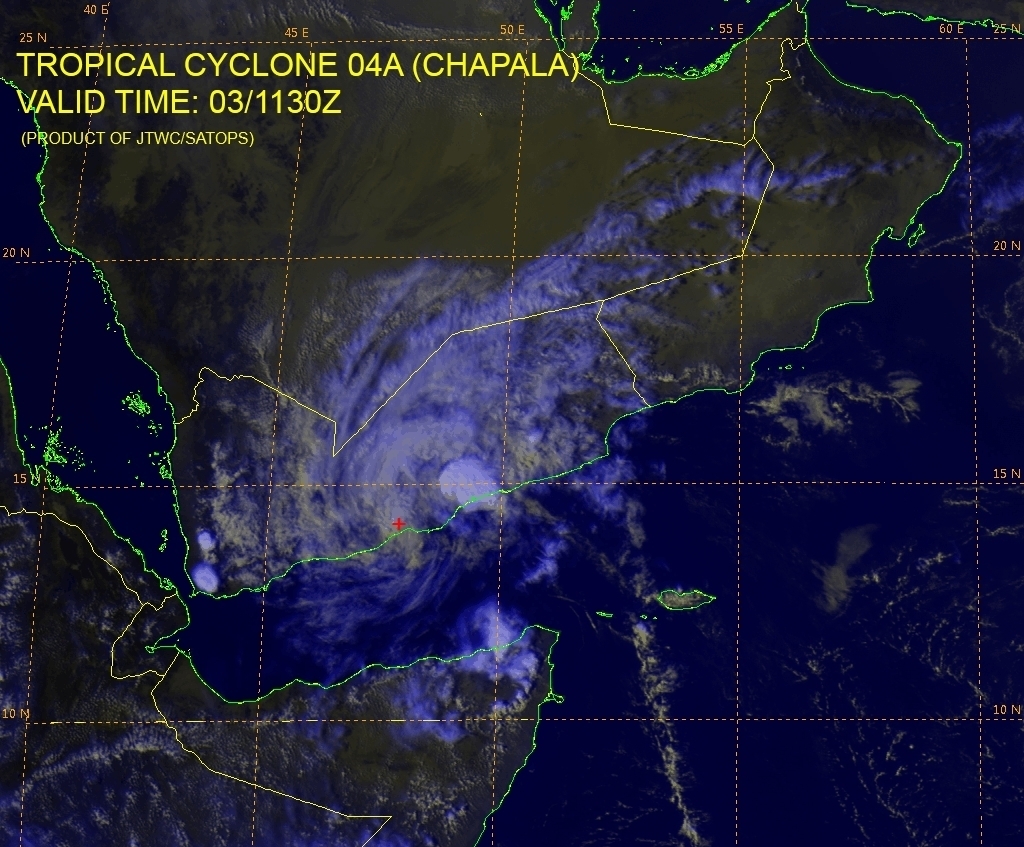 A satellite image showing Tropical Cyclone Chapala after it made landfall in Yemen.

A rare tropical cyclone named Chapala has dumped years' worth of rain on Yemen in a matter of hours.

Yemen has already been ravaged by war, and now parts of it are under water.

Here's a photo published by the Yemen Post Newspaper:

STREETS FLOODED: 51 inches of water in some areas of Mukalla as #Chapala continues to pound #Yemen #اليمن pic.twitter.com/wPyu96sGt0

Yemen is used to getting about 4 inches of rain per year. Getting accurate, on-the-ground rainfall amounts from Yemen is tough, but forecasters had estimated that Chapala could dump as much as 8 inches of rain.

" 'The wind knocked out power completely in the city and people were terrified. Some residents had to leave their homes and escape to higher areas where flooding was less; it was a difficult night but it passed off peacefully,' Mukalla resident Sabri Saleem told Reuters.

"There have been no confirmed injuries in Mukalla so far, the report added."

The BBC has bit more on the situation:

"The UN's World Health Organisation (WHO) said it had delivered trauma kits for 1,000 patients in Mukalla, which has been controlled by al-Qaeda in the Arabian Peninsula since April, and was providing fuel for hospitals and ambulances.

"The effects of the cyclone, it added, would be felt over large parts of Yemen but were likely to be more severe in Shabwa and Hadramawt.

"The provinces have a combined population of 1.8 million, including more than 100,000 internally displaced persons and 27,000 refugees and migrants."