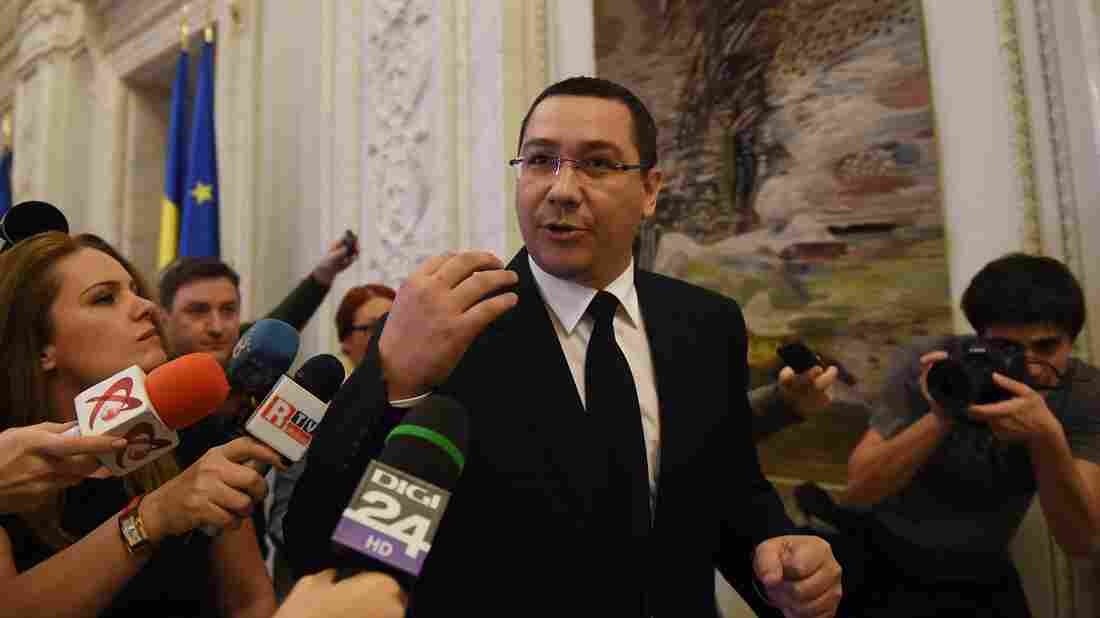 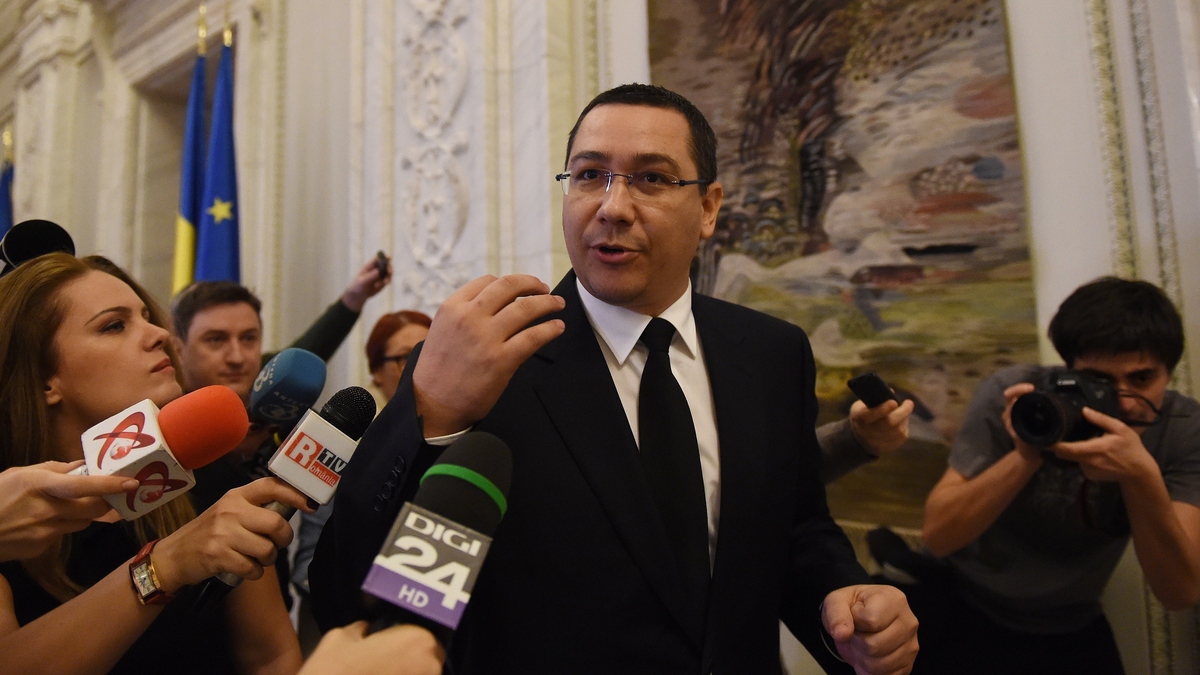 Romania's Prime Minister Victor Ponta is resigning, after thousands of protesters called for him to step down Tuesday. Ponta is also facing corruption charges.

Answering calls for accountability over a deadly nightclub fire and facing charges of fraud and tax evasion, Romania's prime minister resigned Wednesday, along with his Cabinet. Thousands of protesters took to the streets of Bucharest on Tuesday night, after the blaze's death toll rose to 32.

"At least 20,000 protesters marched in Bucharest last night calling for Prime Minister Victor Ponta to step down," NPR's Soraya Sarhaddi Nelson reports. "They blamed government corruption and poor safety supervision for why so many people — most of them teenagers — were killed at last week's nightclub fire."

The fire that broke out at the crowded Colectiv nightclub, where people had gathered for a free show, sent more than 180 people to the hospital. The initial death toll was put at 27 people, but that rose Tuesday.

Announcing his resignation, Ponta cited "the legitimate discontent that exists in society" and the desire to extend responsibility for the deadly fire beyond the owners of the nightclub, Romania's Agerpres reports.

"Today, I am resigning and this includes, of course, the resignation of the entire Romanian government," Ponta said, according to Euronews. "I am doing this because, in all the years I have been in politics, I put up resistance during conflict with political adversaries, but I have never fought against the people."

This past July, Ponta was accused of forgery, tax evasion and money laundering, in charges that date back to his career as a lawyer, before he assumed office late in 2008. He recently became the first prime minister in Romania's corruption-plagued history to be tried for corruption while still in office.