Accessibility links
Physicists Probe Antimatter For Clues To How It All Began : The Two-Way Physicists don't know why there's more matter than antimatter in our universe. New research smashed together atoms of pure gold to look for clues. 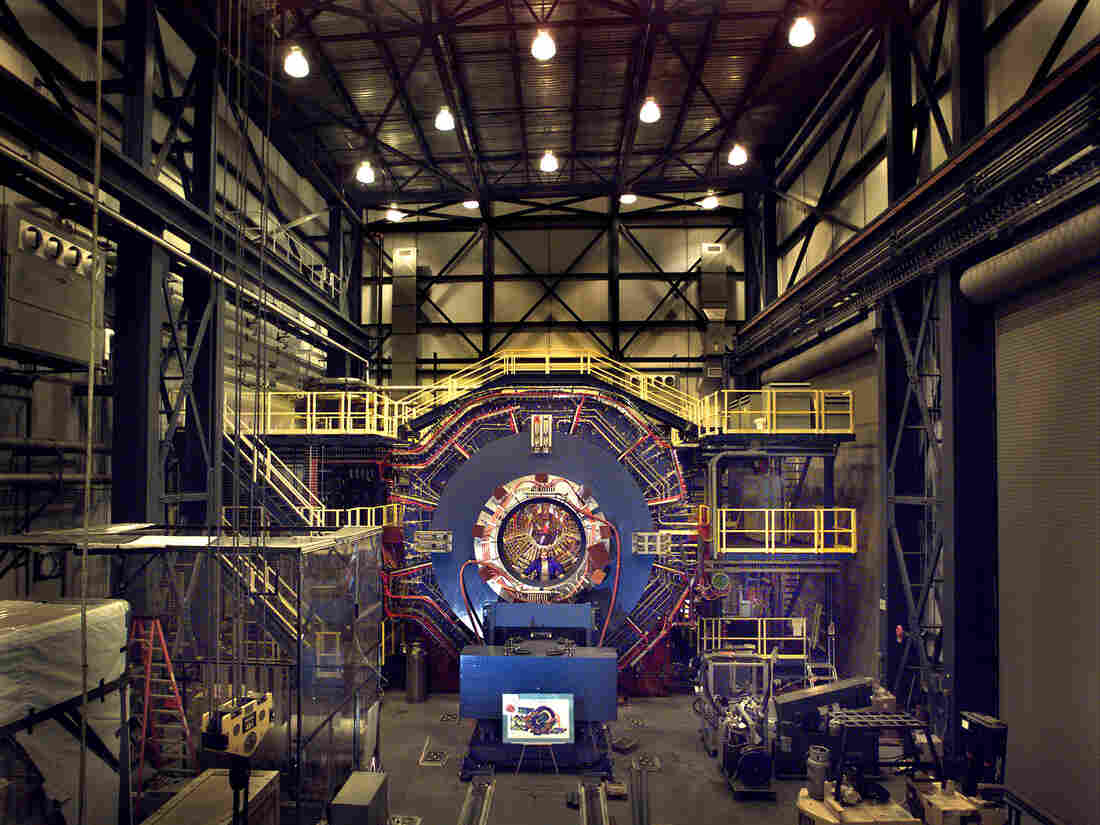 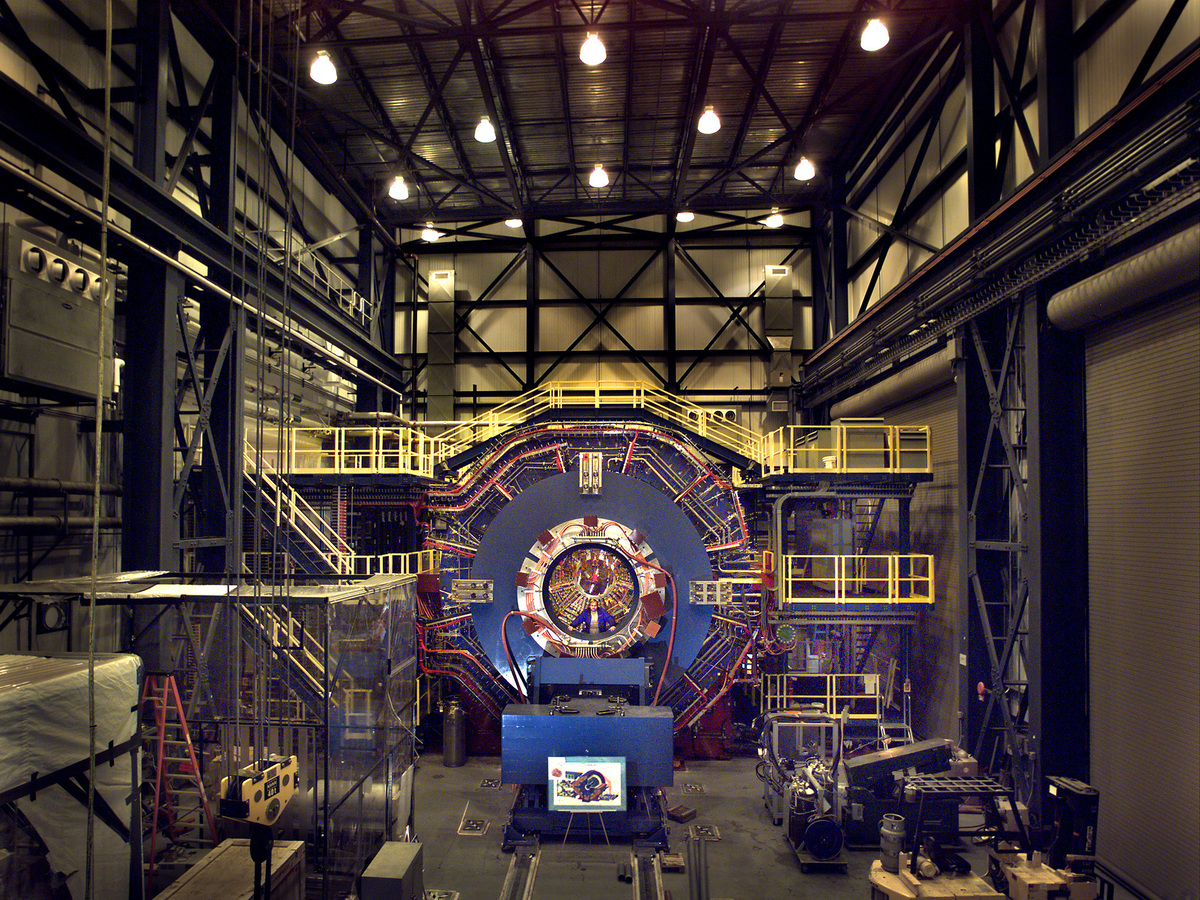 Physicists used a giant particle collider on Long Island, N.Y., to make antimatter. Then they studied it using this giant detector.

Our world is made of matter. "Everything you see and feel — your laptop, your desk, your chair — they are all ordinary matter," says Aihong Tang, a researcher at Brookhaven National Laboratory.

But matter has a counterpart called antimatter. Each kind of fundamental particle of matter has an antimatter nemesis lurking in the shadows. And true to science-fiction stereotype, if matter and antimatter ever meet, they annihilate in a flash of light.

If you've never run into "antimatter" outside of a Star Trek episode, you're not alone. There's not a lot of antimatter in our universe. And that has physicists confused.

"We actually don't understand why antimatter is as rare as it actually is," says Joel Fajans, a researcher at the University of California, Berkeley. "The Big Bang should have produced just as much matter as anti-matter, but it didn't."

To try and solve the mystery, researchers make small amounts of antimatter in the lab. One recent experiment took place inside a giant particle accelerator called the Relativistic Heavy Ion Collider. The collider smashed together atoms of pure gold. The raw energy of the collisions created particles of antimatter. 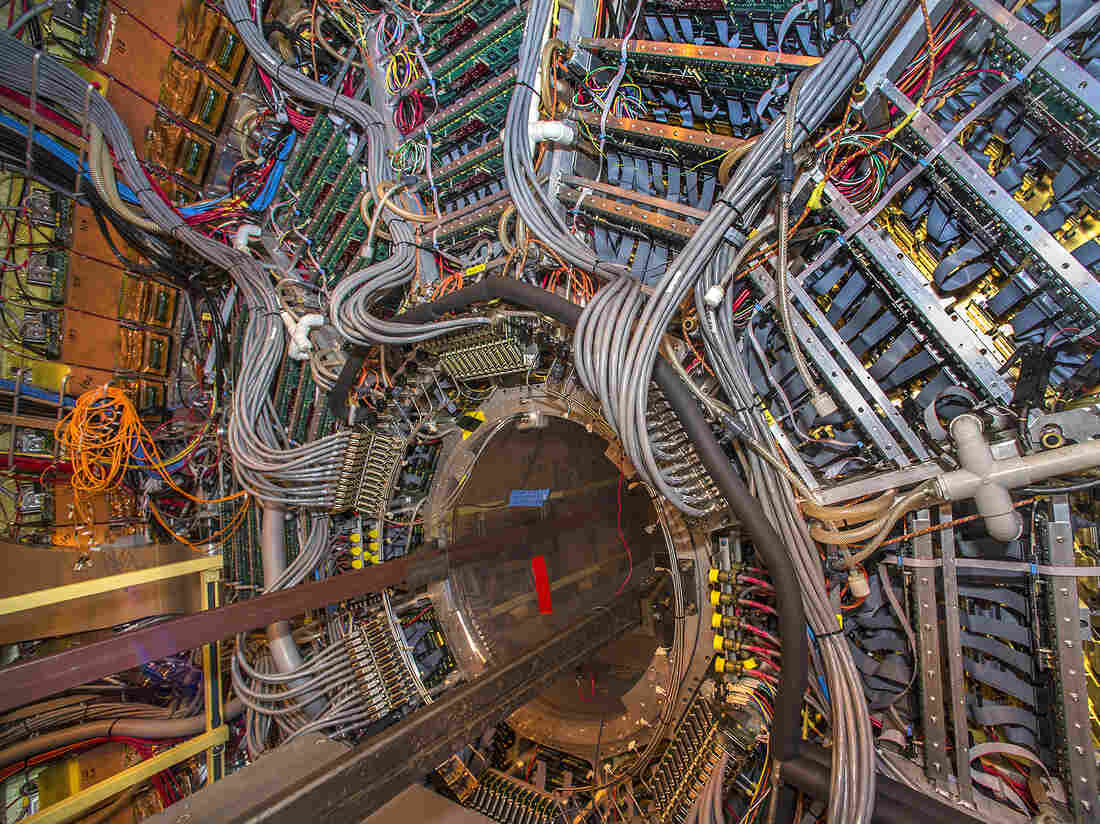 The STAR detector used in the antimatter experiment is the size of a house. It's able to track particles created when atoms collide at its center. BNL/STAR Collaboration hide caption 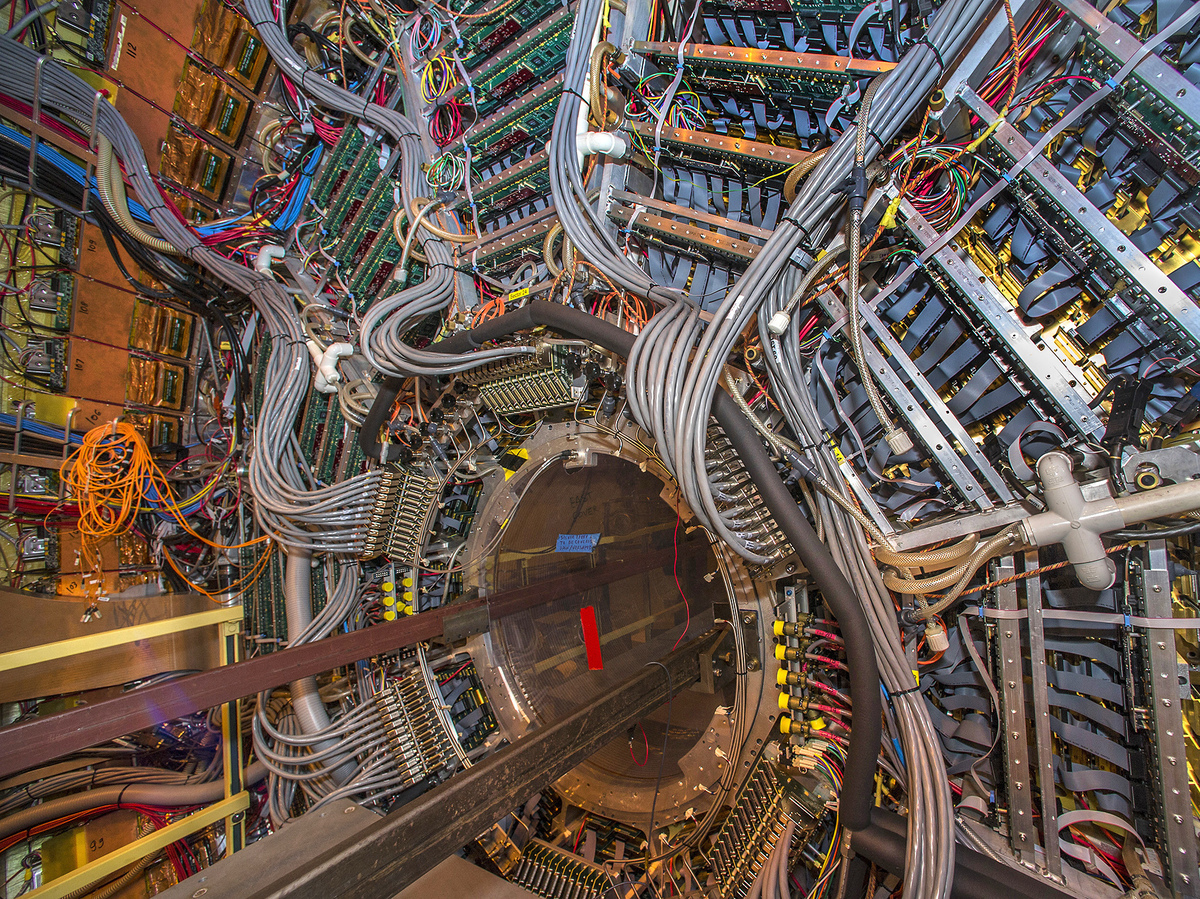 The STAR detector used in the antimatter experiment is the size of a house. It's able to track particles created when atoms collide at its center.

Tang measured something called the "Strong Nuclear Force" between two antiprotons. In normal matter, the Strong Force is what holds atomic nuclei together. Tang and his group wanted to see if it could hold antiprotons together, as well.

Their result, published in the journal Nature, suggests the Strong Force works the same for antiprotons as it does for protons. "Our experiment confirmed that they indeed behaved just like ordinary matter," Tang says.

Here's why that matters: If antimatter behaves differently than matter, then there may be some asymmetry at work — and that might explain why there are such drastically different amounts in the universe.

Fajans, who was not directly involved with the research, says researchers are going to keep looking for cases where the antimatter acts differently.

"There are four fundamental forces that physicists are aware of, and we're starting to cover all of them," Fajans says. "It's a wonderful time in the antimatter business.