Accessibility links
Pentagon Paid Sports Teams Millions For 'Paid Patriotism' Events : The Two-Way A joint report by Sens. John McCain and Jeff Flake found that many of those military displays you see before professional games are essentially advertisements paid for by the military. 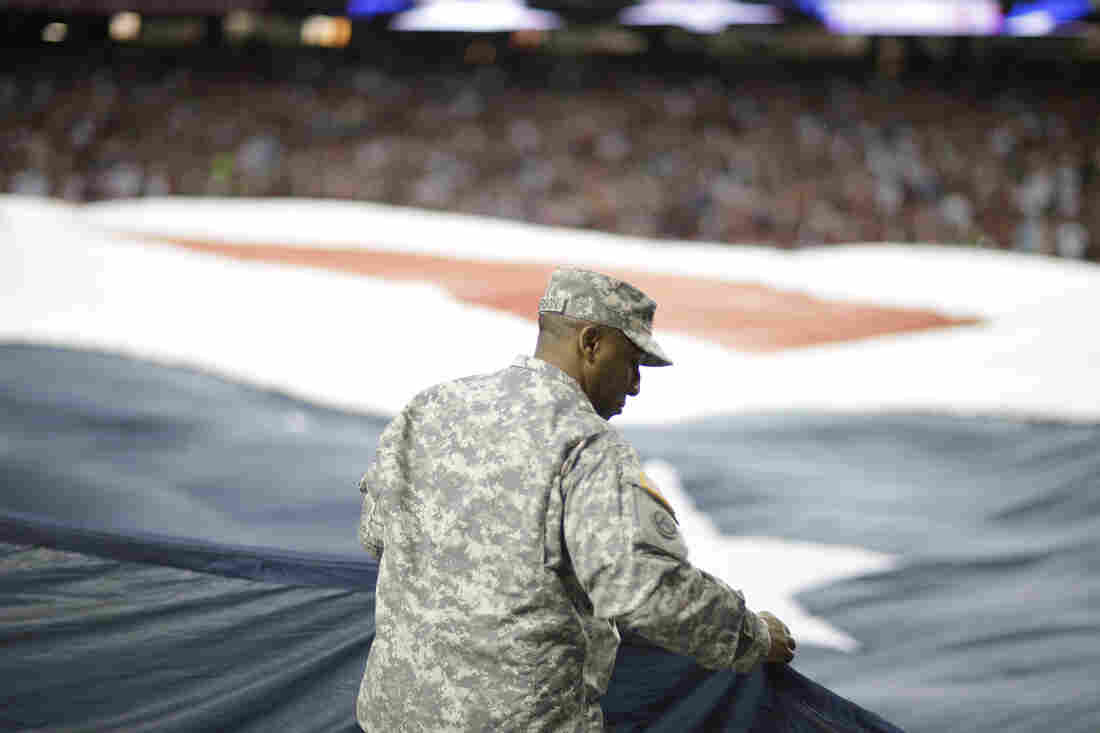 Paid advertisement? A soldier holds an American flag before the first half of a 2013 NFL football game between the Atlanta Falcons and the New England Patriots in Atlanta. David Goldman/AP hide caption 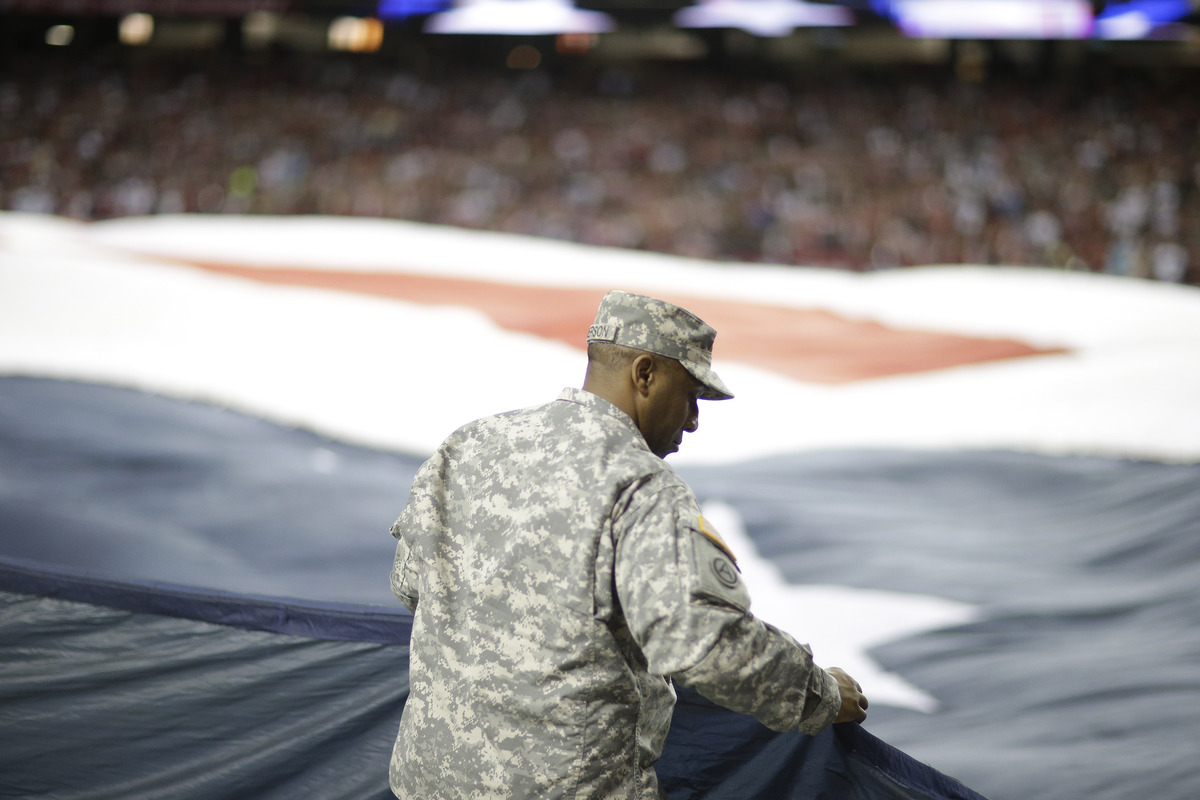 Paid advertisement? A soldier holds an American flag before the first half of a 2013 NFL football game between the Atlanta Falcons and the New England Patriots in Atlanta.

In the past few years, the Pentagon spent $6.8 million to pay for patriotic displays during the games of professional sports teams.

That's according to a joint oversight report released by Arizona Republican Sens. John Flake and John McCain on Wednesday.

The senators found that since 2012, the Pentagon has signed 72 contracts with teams in the National Football League, Major League Baseball, the National Hockey League, and Major League Soccer that amounted to "paid patriotism."

For example, taxpayers paid $49,000 to the Milwaukee Brewers to allow the Wisconsin Army National Guard to sponsor the Sunday singing of "God Bless America." In another contract, the New York Jets were paid $20,000 to "recognize one to two New Jersey Army National Guard soldiers as hometown heroes."

USA Today reports that NFL teams received the biggest slice of the pie — $6 million, according to the report. The newspaper adds:

"The Atlanta contracts included a 2013 event during which a roaring crowd cheered as the Falcons welcomed 80 guard members who unfurled an American flag across the Georgia Dome's turf."

In memos included in the report, the Pentagon said the payments were part of its recruitment campaigns. But it has since banned the practice and, according to Flake, the NFL has called on its teams to stop taking money for patriotic salutes.

"Americans across the country should be deeply disappointed that many of the ceremonies honoring troops at professional sporting events are not actually being conducted out of a sense of patriotism, but for profit in the form of millions in taxpayer dollars going from the Department of Defense to wealthy pro sports franchises," McCain said in a statement. "Fans should have confidence that their hometown heroes are being honored because of their honorable military service, not as a marketing ploy."