Accessibility links
India's Narendra Modi Concedes BJP Party Defeat In State Election : The Two-Way While results are still being counted, the ruling Hindu nationalist party has conceded defeat, in a vote seen as a referendum on the Indian prime minister's leadership. 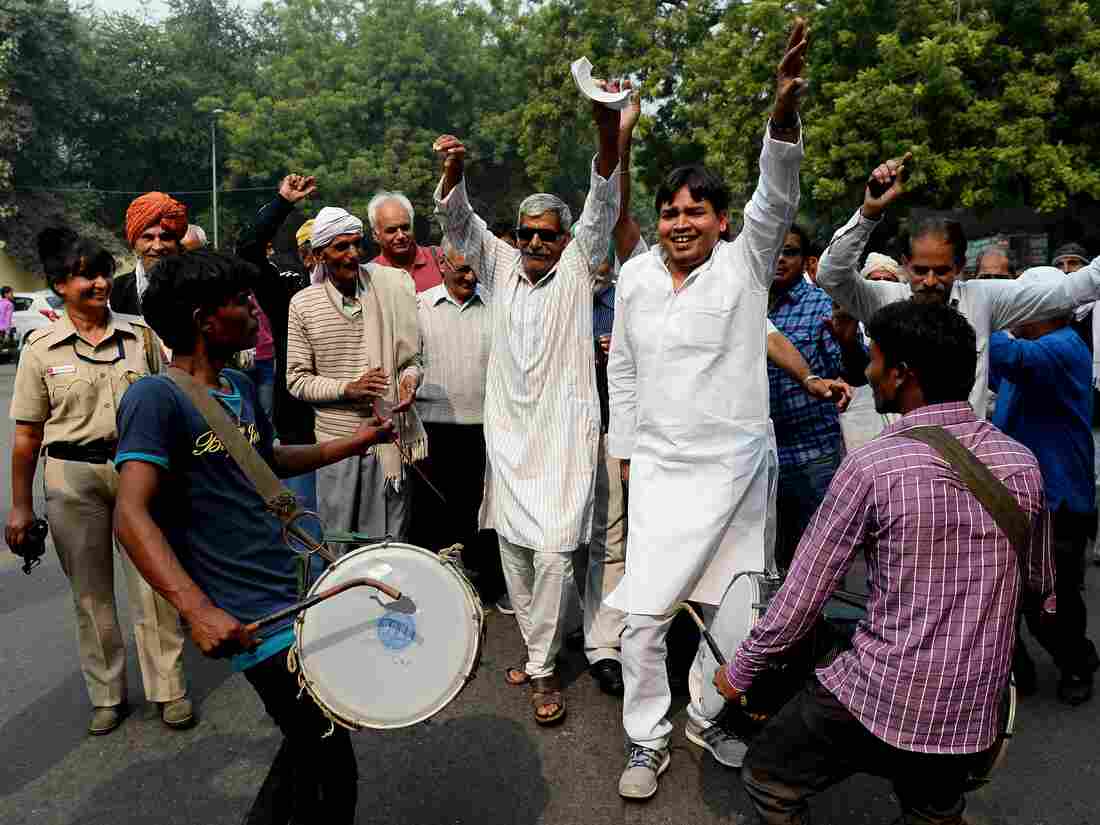 In New Delhi, on Nov. 8, Indian Janta Dal United activists and supporters celebrate a victory by the alliance led by their party in the Bihar state assembly elections. Sajjad Hussain/AFP/Getty Images hide caption 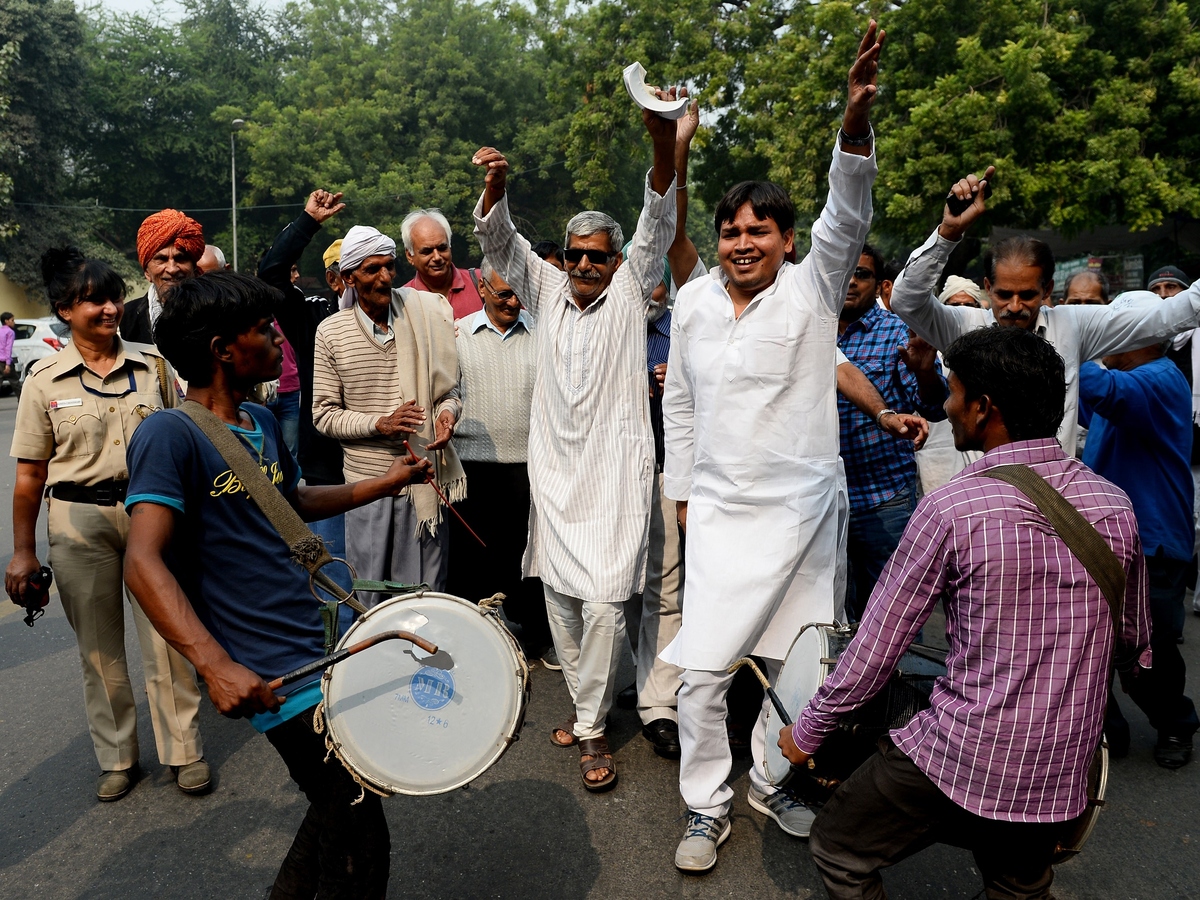 In New Delhi, on Nov. 8, Indian Janta Dal United activists and supporters celebrate a victory by the alliance led by their party in the Bihar state assembly elections.

In India, Prime Minister Narendra Modi's ruling Bharatiya Janata Party suffered a convincing defeat in a crucial state election that was seen as a referendum on Modi's leadership.

Results are still being counted in the state of Bihar, but the BJP has conceded to the projected winner, Nitish Kumar, an anti-Modi stalwart and the sitting chief minister, a post akin to a U.S. governor.

Modi had been unusually high-profile for a prime minister in a state race, making some 40 campaign appearances along with extravagant promises of development. But the BJP's message turned polarizing over issues such as beef bans, Pakistan and quotas for minorities. Modi's party was rebuked for stoking dangerous divisions that risked undermining unity between Hindus and Muslims.

The winning alliance included Sonia Gandhi's Congress Party, which in recent years has failed miserably in almost all elections around the country. Rahul Gandhi, the party's vice president, seized the rare moment to say that the results "were a victory of truth, brotherhood and against the ego of the BJP," and against what he called the BJP's "divisive ideology."

In recent weeks, leaders in the Indian arts, sciences and letters have expressed deep apprehension about an atmosphere of intolerance they say is gathering in India. They point to the recent lynching of a Muslim man on rumors that he had slaughtered a cow, an animal considered sacred in the Hindu faith.

The Bihar state election is being closely watched for its national implications. The opposition says the results demand a "course correction" from Modi and his party. Whether the bruising defeat will prompt a change in the tone or tack from the Modi adminsitration, beyond a possible cabinet reshuffle, is the hotly debated question.