Accessibility links
Catalan Regional Parliament Approves Plan For Independence From Spain : The Two-Way Madrid argues that the move is symbolic and won't change a thing. But Catalan lawmakers say their region will be its own country by 2017. 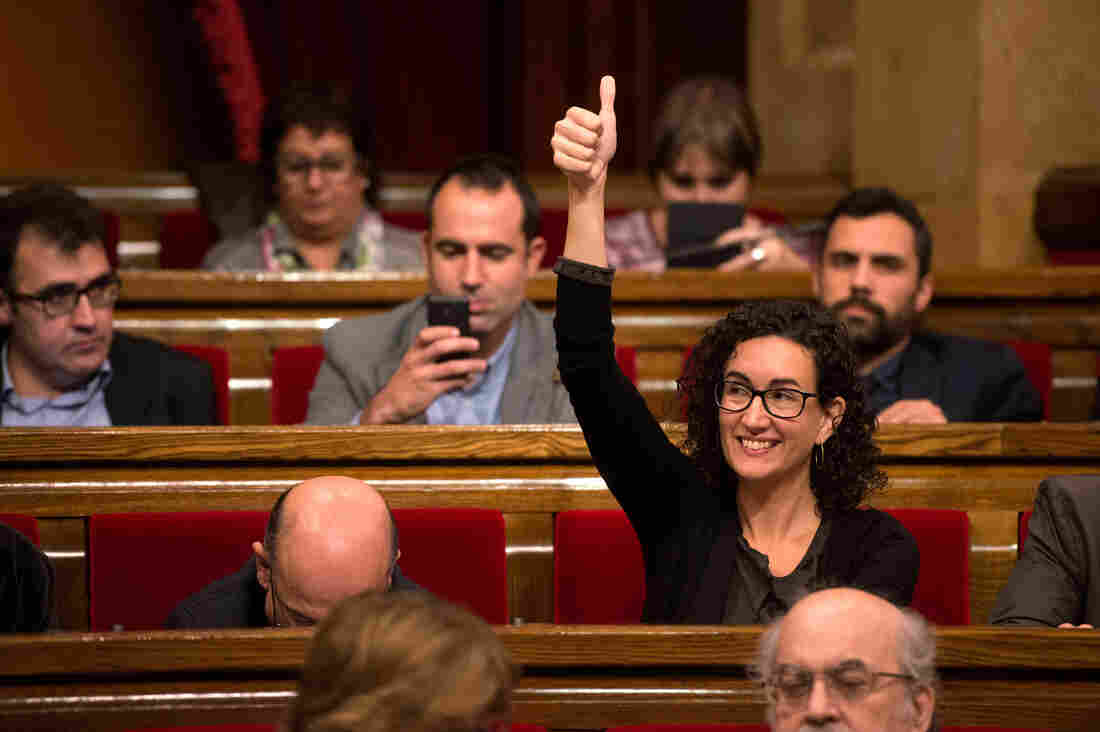 Junts Pel Si (Together for Yes) member of the Catalan Parliament Marta Rovira gives a thumbs up as she votes to pass the start of the independence process Monday in Barcelona, Spain. David Ramos/Getty Images hide caption 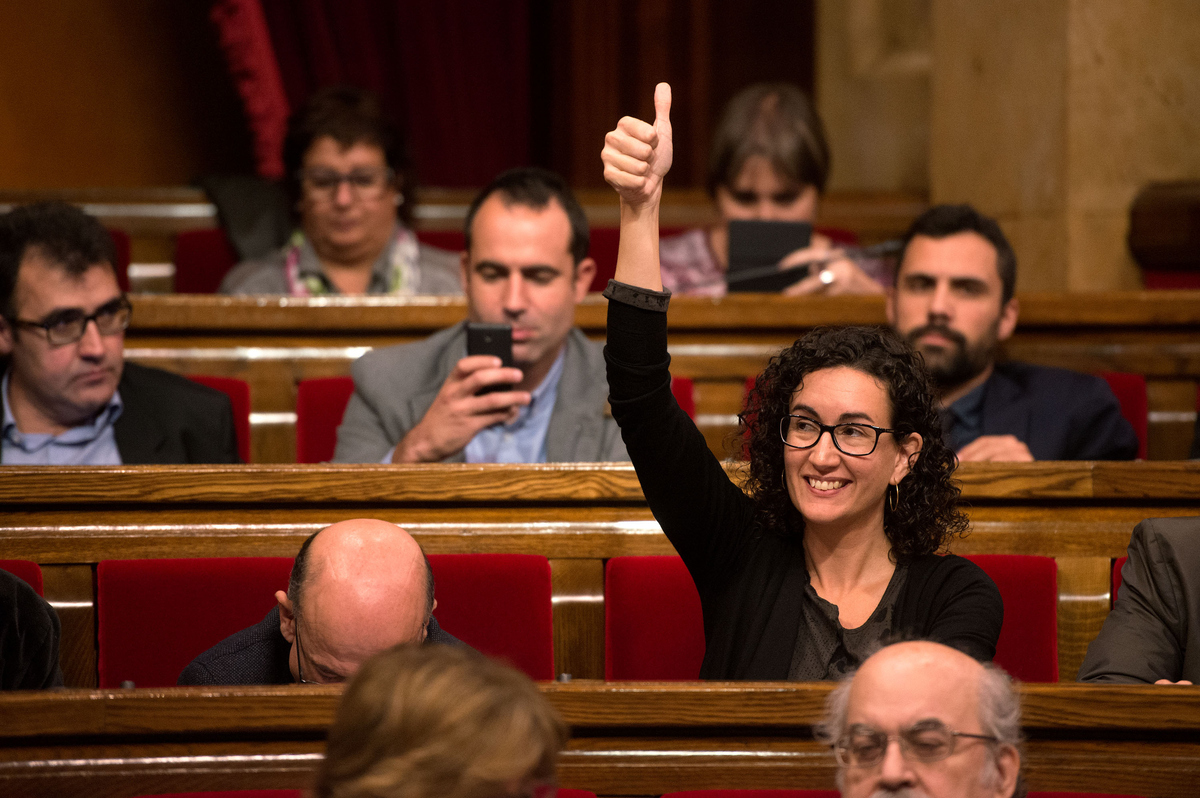 Junts Pel Si (Together for Yes) member of the Catalan Parliament Marta Rovira gives a thumbs up as she votes to pass the start of the independence process Monday in Barcelona, Spain.

Lawmakers in Catalonia's regional parliament have approved a plan that they say puts them on a path to split from Spain.

From Madrid, Lauren Frayer filed this report for our Newscast unit:

"Madrid says it won't change a thing. But Catalan lawmakers say it's the start of an 18-month process of breaking away and forming their own country in Europe.

"The measure calls for the creation of a Catalan tax authority and social security system within 30 days. It also says Catalonia is no longer bound by Spanish institutions — including the Constitutional Court — the very tool through which Madrid has tried to block secession.

"Catalonia is Spain's economic powerhouse, with a fifth of the country's GDP. It has its own language and culture. If Catalan lawmakers follow through with this plan, their region will be independent by 2017."

The Guardian reports that the motion passed with a vote of 72 to 63. Remember, separatists won a majority in the regional parliament back in September, setting up this confrontation.

The Guardian adds that the central government in Madrid is expected to challenge the motion in court:

"In September [Prime Minister Mariano] Rajoy's government boosted the powers of the constitutional court to allow it to quickly suspend leaders who disobey its orders, in a move aimed directly at Catalonia.

"The government has also raised the possibility of invoking article 155 of the Spanish constitution, which allows Madrid to supersede the authority of a regional government that is acting outside the law or to cut off its funding."