Accessibility links
2 Americans Among The Dead In Attack At Police Training Center In Jordan : The Two-Way At least five people were killed when a Jordanian policeman opened fire at the facility near the capital city of Amman, according to Jordan's state news agency. 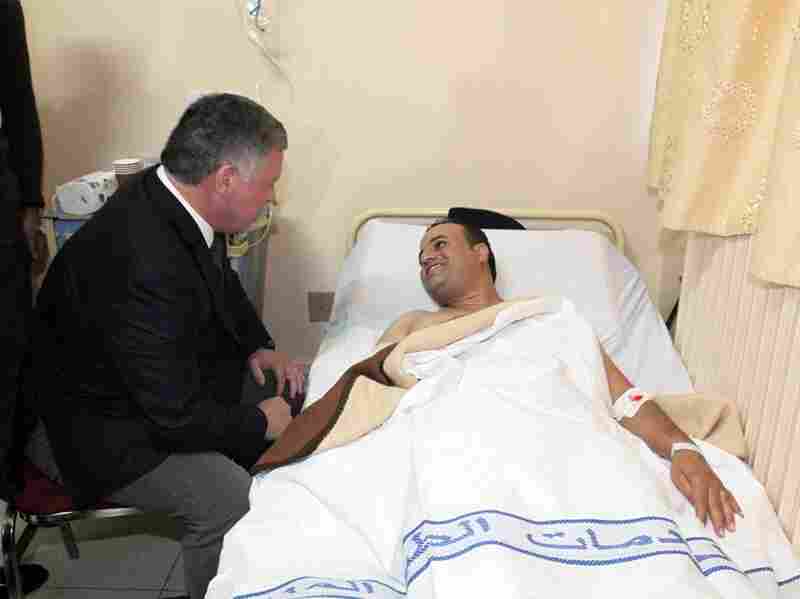 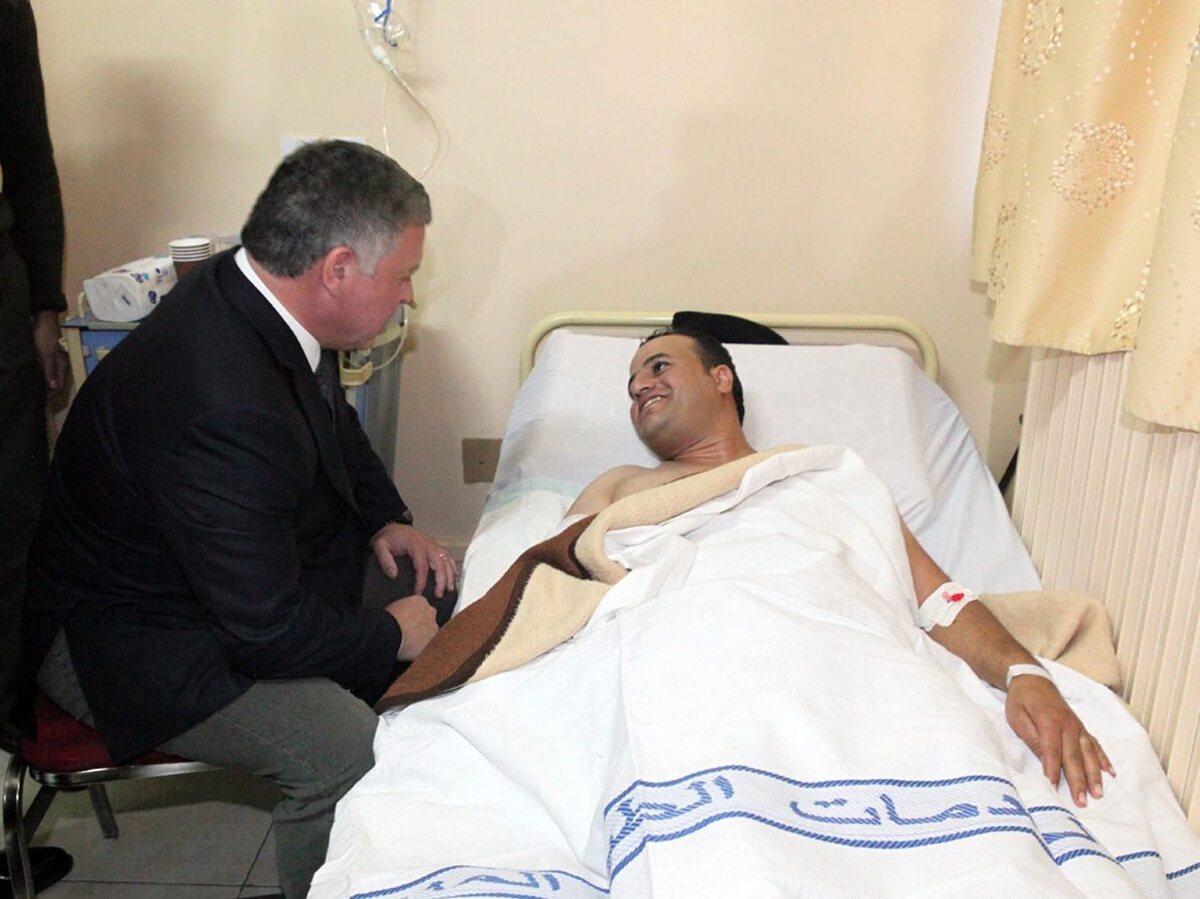 Jordanian government officials say at least five people — two Americans, two Jordanians and a South African — were shot and killed by a Jordanian police officer at a training center near Amman. Seven other people — including two Americans — were wounded in Monday's attack.

A Jordanian policeman killed at least four people — including two American trainers — and wounded five others Monday at a U.S.-funded security training center near Amman, according to Jordan's Petra state news agency. The attacker was shot dead by police.

A South African and a Jordanian also were among the dead, The Associated Press reports, citing a government spokesman. The news service adds that the spokesman, Mohammed Momani, "said authorities are investigating whether the motive for the shooting was personal or political."

U.S. State Department spokesman John Kirby describes the two Americans who died as "trainer-monitors" and said they were contractors for Dyncorp.

The Jordan International Police Training Center was established in 2003 through an agreement between Jordan and the then-provisional Iraqi government, according to The Washington Post. The U.S. government compensates Jordan for running the center.

In the U.S., President Obama said that the attacker wore a military uniform.

"We take this very seriously, and we'll be working closely with the Jordanians to determine exactly what happened," Obama said during remarks in the Oval Office with Israeli Prime Mininster Benjain Netanyahu.

NPR's Alice Fordham reports for our Newscast unit that the attack "comes 10 years to the day after a landmark bombing of hotels in the Jordanian capital, though there is no direct indication of a link between the two attacks."

The 2005 bombings carried out by four attackers struck three hotels in the Jordanian capital: the Grand Hyatt, the Radisson SAS and the Days Inn. Nearly 60 people were killed and 115 others injured.