Accessibility links
SeaWorld To Change Its Criticized Orca Show After Next Year : The Two-Way The company's market value has plunged after complaints about its treatment of killer whales. The CEO says in 2017 SeaWorld in San Diego will switch to an "informative" show in a more natural setting.

SeaWorld To Change Its Criticized Orca Show After Next Year

SeaWorld To Change Its Criticized Orca Show After Next Year 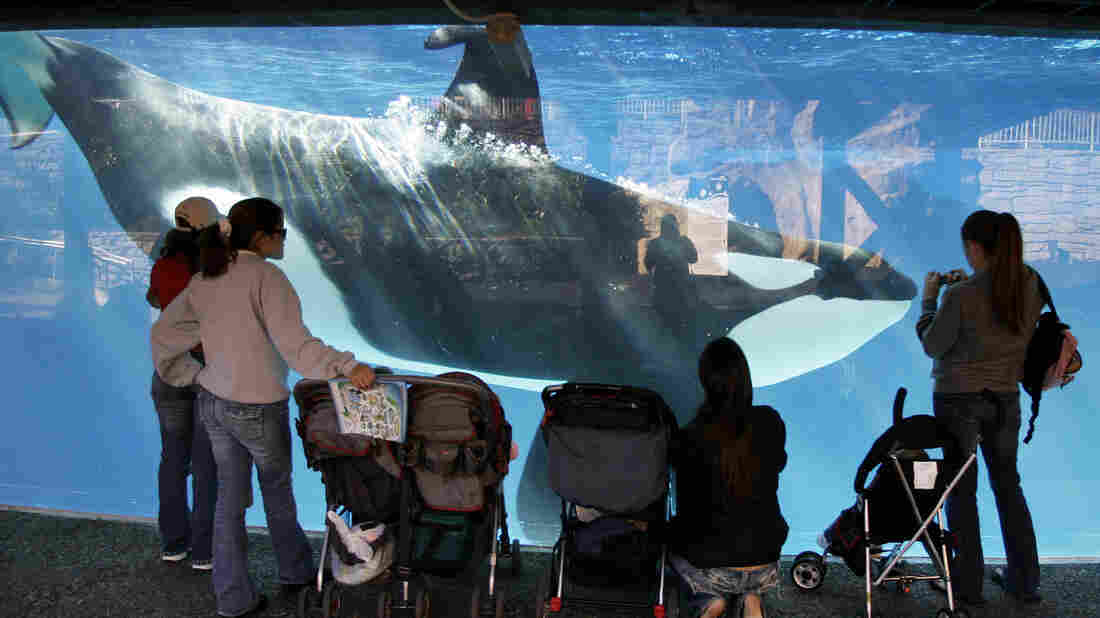 Visitors watch a killer whale swim in a tank at SeaWorld in San Diego in 2006. A SeaWorld executive says orca shows at the San Diego park will be replaced with a more natural presentation by 2017. Chris Park/AP hide caption 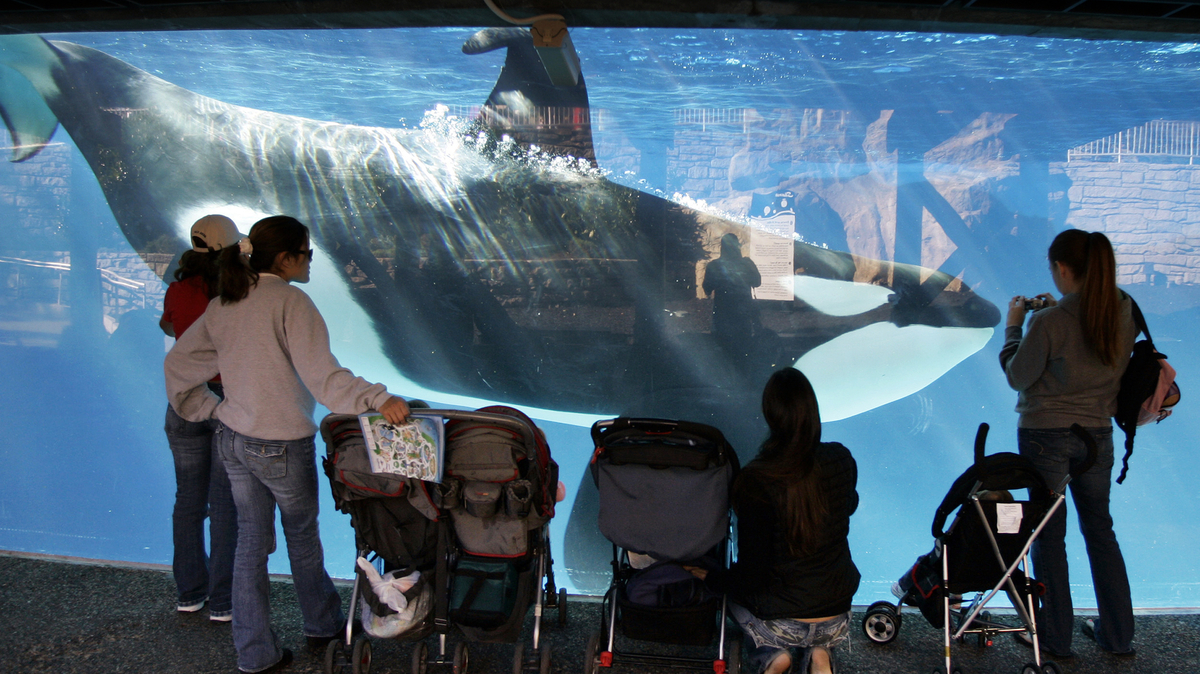 Visitors watch a killer whale swim in a tank at SeaWorld in San Diego in 2006. A SeaWorld executive says orca shows at the San Diego park will be replaced with a more natural presentation by 2017.

SeaWorld has been deluged by negative publicity over how its parks treat killer whales, or orcas. The 2013 documentary Blackfish — which delved into the death of marine-mammal trainer Dawn Brancheau — highlighted the alleged toll years of captivity can take on the animals.

The company's market value has plummeted since the documentary was shown on CNN. And some lawmakers began taking up the animal-rights activists' cause. Last year, California state lawmakers pushed legislation that would prohibit SeaWorld from using orcas in its shows. And this past Friday, Rep. Adam Schiff, D-Calif., introduced a bill in Congress that would "prohibit the breeding, the taking (wild capture), and the import or export of orcas for the purposes of public display."

On Monday during a webcast, SeaWorld CEO Joel Manby announced changes to the orca shows. Manby said the new show would be "informative" and take place in a more "natural" setting. Manby did not specify whether the changes would apply only to its San Diego park or if they would be extended to its two other parks, in Orlando and San Antonio.

Some animal rights activists were skeptical that the changes would be more than cosmetic. Jared Goodman, foundation director of animal law at People for the Ethical Treatment of Animals, or PETA, said in a statement:

"An end to SeaWorld's tawdry circus-style shows is inevitable and necessary, but it's captivity that denies these far-ranging orcas everything that is natural and important to them. This move is like no longer whipping lions in a circus act but keeping them locked inside cages for life or no longer beating dogs but never letting them out of crates."

Last month, the California Coastal Commission approved a SeaWorld proposal to build a $100 million expansion to its orca enclosure at its San Diego park. But the commission also stipulated it would ban captive whale breeding at the park. SeaWorld Entertainment said it would sue the commission, saying it had gone "way beyond" its authority.