Accessibility links
Mizzou Professor Who Confronted Photojournalist Quits Journalism Appointment : The Two-Way Melissa Click was seen in a video asking for "muscle" to kick out a journalist from the scene of a protest. Click gave up her "courtesy appointment" at the prestigious School of Journalism. 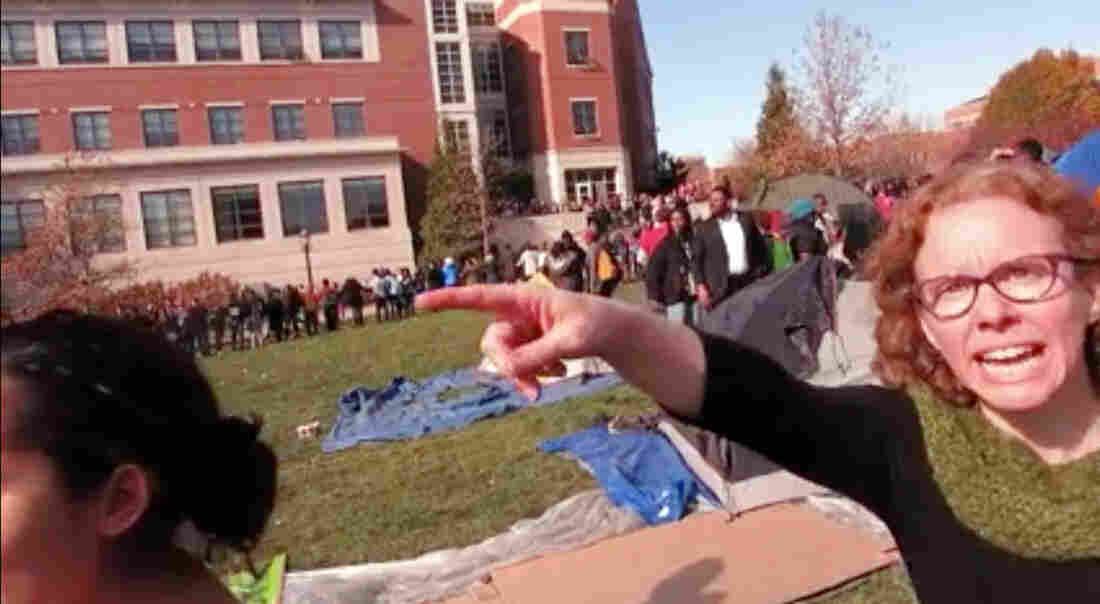 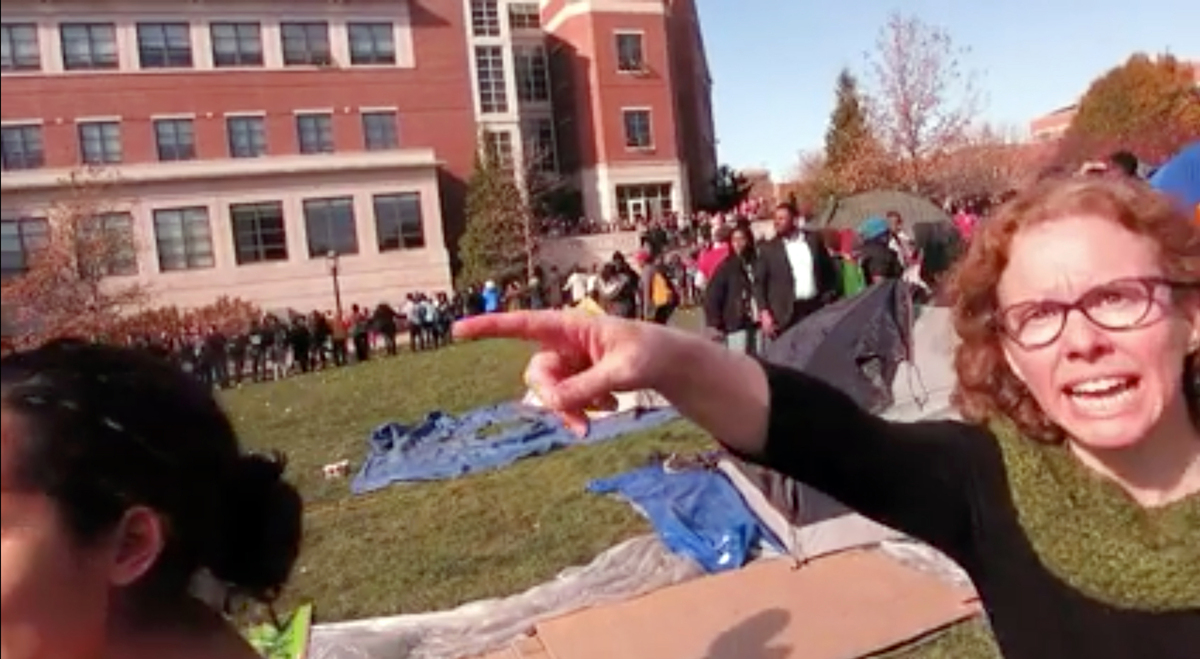 A University of Missouri professor who is seen in a video requesting "muscle" to kick out a journalist from the scene of a protest has given up her journalism appointment.

Melissa Click, an assistant professor in the department of communication, resigned her "courtesy appointment" with the prestigious School of Journalism. The appointment allowed her to review student theses.

The School of Journalism made the announcement in a statement this morning.

In a statement issued yesterday, Click apologized for her actions.

"I regret the language and strategies I used, and sincerely apologize to the MU campus community, journalists at large, for my behavior, and also for the way my actions have shifted attention away from the students' campaign for justice," she wrote.

In his statement, David Kurpius, the school's dean, added that he was "proud of photojournalism senior Tim Tai," the journalist who was first seen seen in the video standing his ground, demanding that his Constitutional rights be protected.

Tai was primarily confronted by Jana Basler, the associate director of the school's Department of Student Life.

"As a student affairs professional, I take my responsibility to students very seriously," she said. "[Monday], I allowed my emotions to get the best of me while trying to protect some of our students. Instead of defusing an already tense situation, I contributed to its escalation."