Accessibility links
Texas Grand Jury Indicts 106 Bikers In Waco Shootout : The Two-Way Of the 177 bikers arrested, the 106 indicted face charges of engaging in organized criminal activity. The grand jury reportedly will consider charges against the other bikers at a later date. 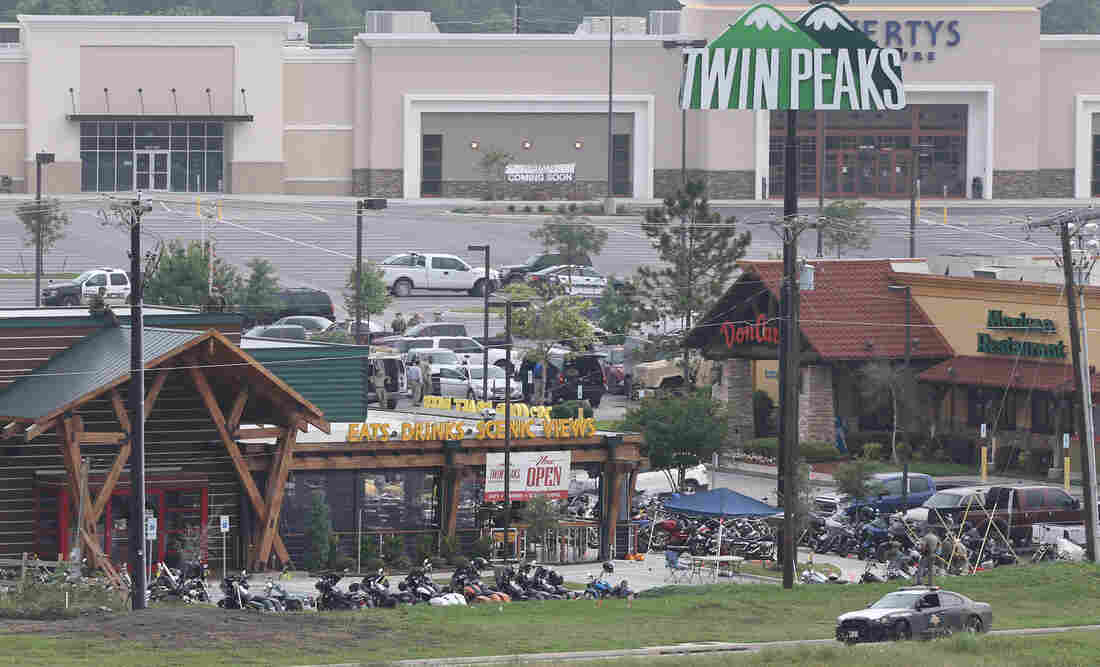 Nine people died in the May shootout between rival motorcycle clubs at the Twin Peaks restaurant in Waco, Texas. Jerry Larson/AP hide caption 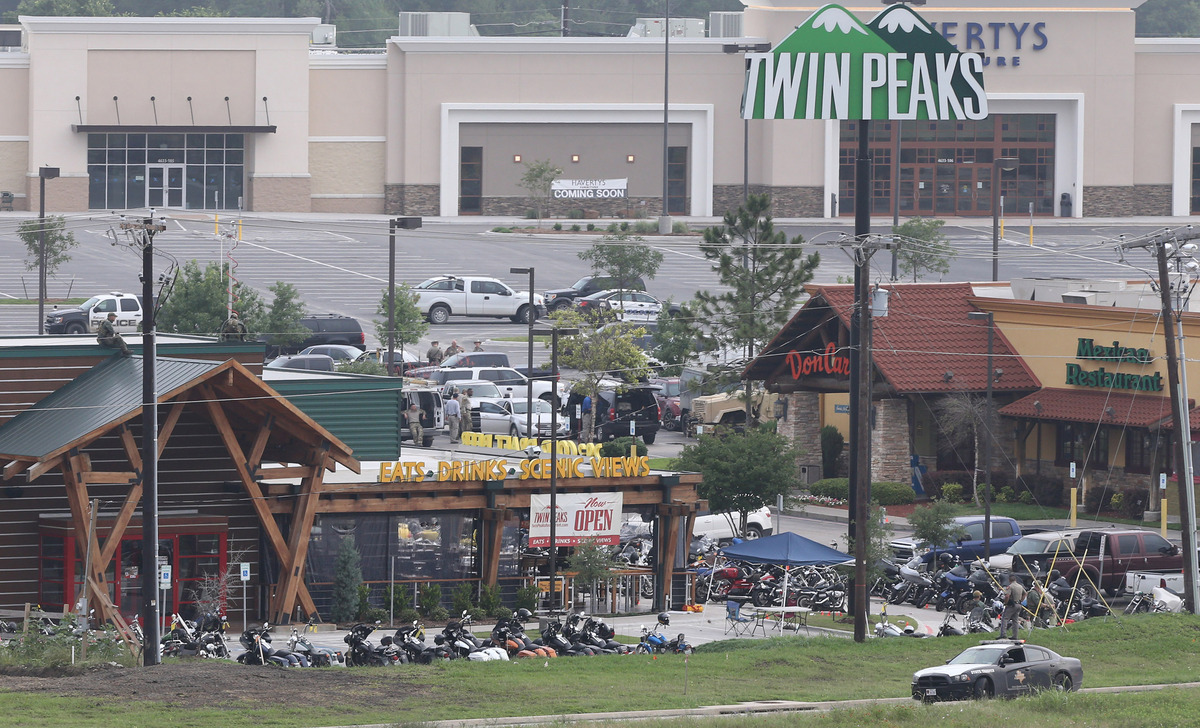 Nine people died in the May shootout between rival motorcycle clubs at the Twin Peaks restaurant in Waco, Texas.

After a nine-hour session, a grand jury indicted 106 bikers on charges of engaging in organized criminal activity. The charges stem from a May shootout between rival motorcycle clubs outside a Waco, Texas, restaurant that left nine people dead and 20 injured.

Police arrested 177 bikers after the gunfight; the grand jury will consider charges against the remaining bikers at a later date, The Associated Press reports.

"We are not done," McLennan County District Attorney Abel Reyna said, according to the news service . "We still have a lot of work to do. We will continue to do that. My office is dedicated, as is the team, to seeing that justice is done in all those cases."

As NPR has previously reported, the firefight outside Twin Peaks restaurant was the product of tensions between rival groups:

"Police say two motorcycle clubs that had been at war for months — the Cossacks and the Bandidos — had planned to negotiate some kind of truce that day, though lawyers for the Bandidos say that's not true.

"Either way, police and witnesses say one Cossack was knocked down by a Bandido or a Bandido supporter in the parking lot. Guys from both sides rushed in and threw punches and then somebody started shooting. Police eventually fired shots, too."

All in all, 239 people were rounded up and 177 were arrested. But many of those arrested say they had nothing to do with the shootout. Ester and Walt Weaver, members of the Queens of Sheba Motorcycle Club — a club that rides on weekends and raises money for charities — said they were merely bystanders, as NPR's Kelly McEvers reported in July.

When Walt Weaver, who said he and his wife were at the restaurant for a meeting of the Texas Confederation of Clubs & Independents, heard the shots, he bolted.

"I did not see where they came from. I stood there for a second," he said. "I'm like, just that whole second in your brain where you go, 'Are you kidding me? It's a Sunday afternoon in the middle of Waco in Texas. This is not downtown Baghdad.' "

The Weavers were not among the 97 people indicted Tuesday whose names were released. Nine others were indicted under seal, according to the Waco Tribune-Herald.

The AP adds that Jay Norton, an attorney for six of the bikers indicted Tuesday, said there was a "serious lack of evidence" to indict 106 people.