Accessibility links
It Came Up In The Debate: Here Are 3 Things To Know About 'Operation Wetback' : The Two-Way Republican presidential candidate Donald Trump pointed to the Eisenhower-era program that deported masses of Latino immigrants. But the program was deadly and controversial.

It Came Up In The Debate: Here Are 3 Things To Know About 'Operation Wetback'

It Came Up In The Debate: Here Are 3 Things To Know About 'Operation Wetback' 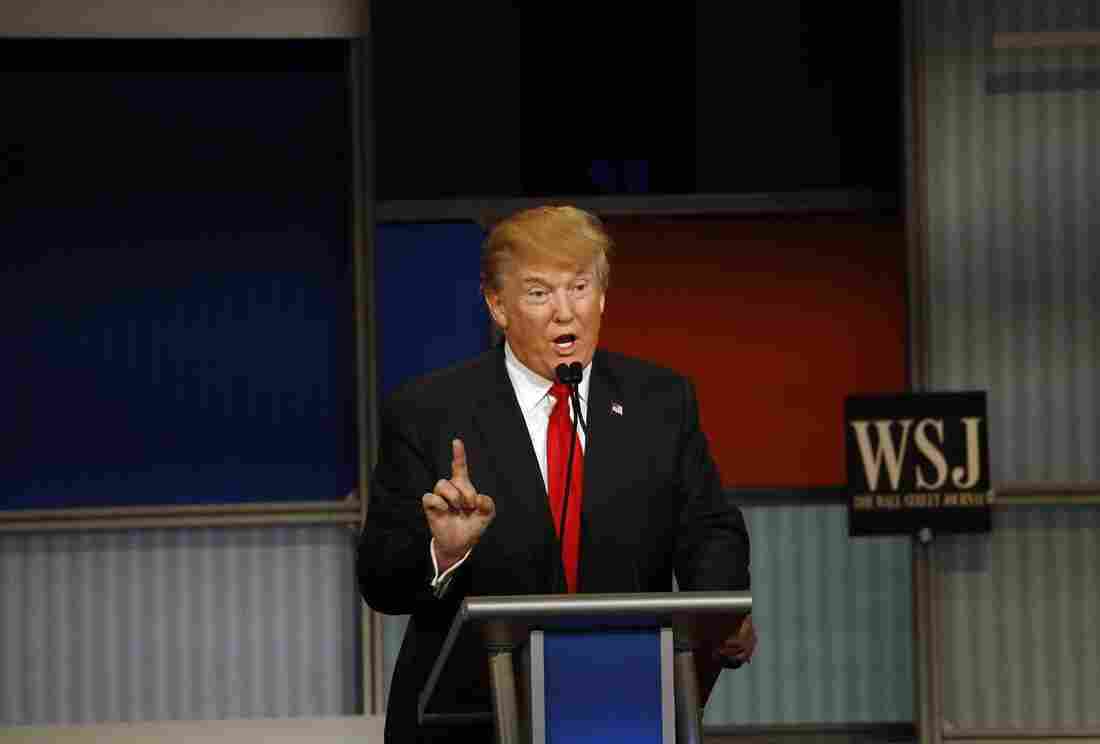 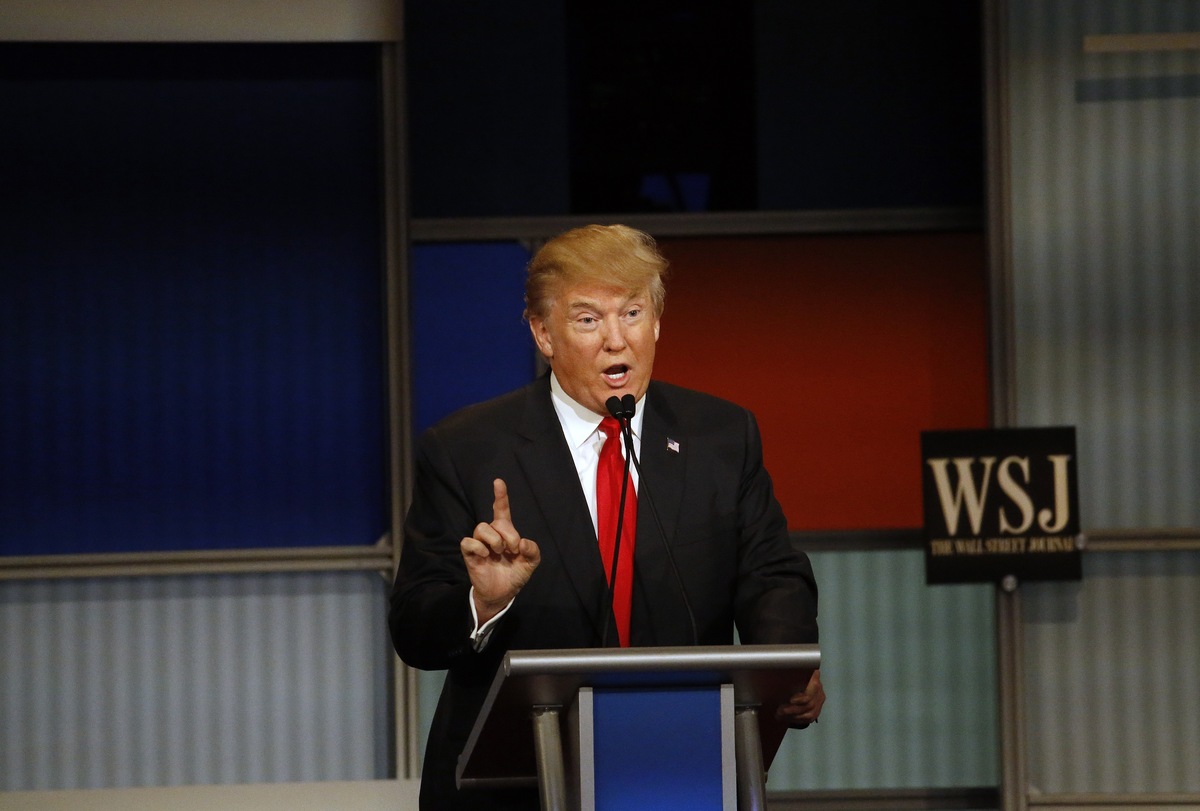 Tuesday night, Republican presidential candidate Donald Trump doubled down on his plan to deport the nearly 11 million immigrants illegally in the U.S.

As an example that it could be done, Trump brought up a program instituted by President Dwight D. Eisenhower on June 9, 1954.

The program Trump referenced was named "Operation Wetback." The racial epithet was widely used at the time.

But as Alfonso Aguilar, of the American Principles Project's Latino Partnership, told NPR's Morning Edition on Wednesday, the program was also highly controversial.

"The Eisenhower mass deportation policy was tragic," Aguilar said. "Human rights were violated. People were removed to distant locations without food and water. There were many deaths, unnecessary deaths. Sometimes even U.S. citizens of Hispanic origin, of Mexican origin were removed. It was a travesty. It was terrible. Immigrants were humiliated. So to say it's a success story is ridiculous. It shows that Mr. Trump doesn't know what he's talking about."

With that, here are three things you should know about Operation Wetback.

1. It was the second wave of mass deportations of Latinos undertaken by the U.S.

Our friend Adrian Florido of the Code Switch blog wrote about the mass deportations of the 1930s and 1940s. Scholars estimate that as The Great Depression took hold — and many Americans believed Mexicans were taking away scarce jobs — the U.S. deported about 2 million Mexicans and Mexican-Americans. Many of them had been lured by the booming economy during much of the '20s.

As Adrian reported, California formally apologized in 2012 for its role in illegally deporting hundreds of thousands of U.S. citizens.

As the U.S. entered World War II, it found itself in need of agricultural labor. So it instituted the Bracero Program, which allowed about 4.6 million Mexicans to cross the border legally.

By the early '50s, tens of thousands of U.S. service members were coming home to a postwar recession. According to an essay published by the congressional Office of the Historian, President Truman ordered an inquiry that eventually placed much of the blame for the country's social ills at the time on illegal immigration.

One memorable line from the report stated: "The magnitude ... has reached entirely new levels in the past seven years. ... In its newly achieved proportions, it is virtually an invasion."

When Eisenhower took over, his immigration commissioner unveiled "Operation Wetback," a short-lived, military-style operation that the government estimated to have rounded up more than 1 million people.

In his book Walls and Mirrors, David Gutierrez dedicates a chapter to the complex relationship Mexican-Americans had with Mexican immigrants.

In the early '50s, he writes, influential Latino organizations like the League of United Latin American Citizens and the American G.I. Forum supported the tough immigration policies the U.S. government instituted.

Gutierrez quotes one Mexican-American talking about the newly arrived Mexican braceros: "I've been following the crops in California for about 12 years, and I still don't know if I'm for or against the braceros. I guess that's because I first came to this country as a bracero myself in 1944, and know something about their problems. But I also know that when the braceros come in, the wages stay very low; that's pretty bad for people who have to earn their whole year's income just during the harvest season."

But as mass deportations took place, Gutierrez writes, Mexican-Americans began to realize that this issue was also about them.

"Not even the most politically conservative Mexican American organizations could ignore the fact that [immigration] dragnets not only were affecting putative illegal aliens but also were devastating Mexican American families, disrupting businesses in Mexican neighborhoods, and fanning interethnic animosities throughout the border region," he writes.

By 1954, Gutierrez recounts, LULAC's news publication was running more-sympathetic stories that described those who had been deported arriving in Mexico as "broken men, with strength spent and exhausted by the senseless struggles of a life revolving around slavish, ill-paid labor, and the degradation of jail and prison cells."

In her book Impossible Subjects, Mae Ngai writes that many Mexicans were deported by ship. A congressional investigation, according to the book, compared the conditions on the ship to that of an "eighteenth century slave ship."

In another case, immigration authorities dumped hundreds of thousands of braceros across the border. She continues:

"Some 88 braceros died of sun stroke as a result of a round-up that had taken place in 112-degree heat, and [an American labor official] argued that more would have died had Red Cross not intervened. At the other end of the border, in Nuevo Laredo, a Mexican labor leader reported that 'wetbacks' were 'brought [into Mexico] like cows' on trucks and unloaded fifteen miles down the highway from the border, in the desert."

By the fall of 1954, funding for the program had begun to run dry, FactCheck says. The government called the operation a success and said the border had "been secured."