Accessibility links
Serbia To Give $5 Million To A Town Where A Massacre Took Place : The Two-Way Eight thousand Muslim men and boys were killed by Serbs in Srebrenica, Bosnia, in one of the worst atrocities since the Nazi era. The Serbian premier offered the money during a visit this week. 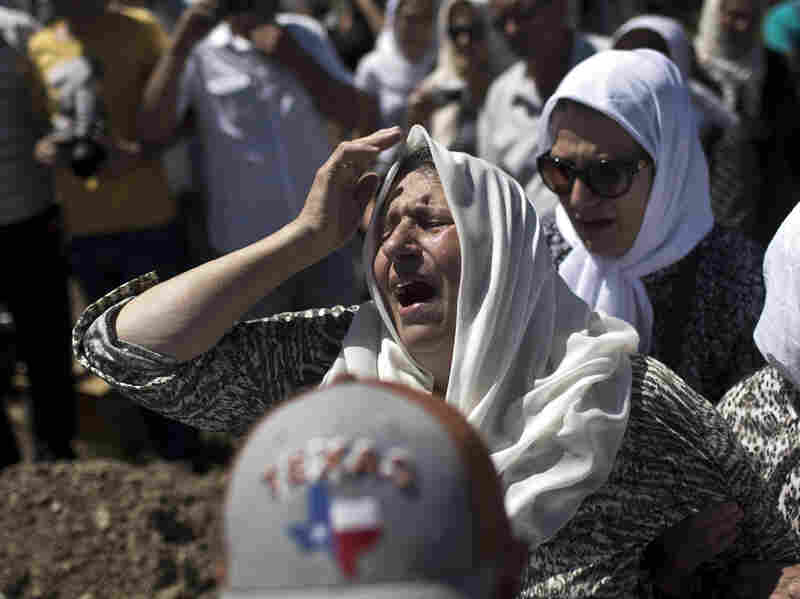 A woman cries as the remains of her son are buried during a ceremony at the Potocari memorial complex near the Bosnian town of Srebrenica last July. Marko Drobnjakovic/AP hide caption 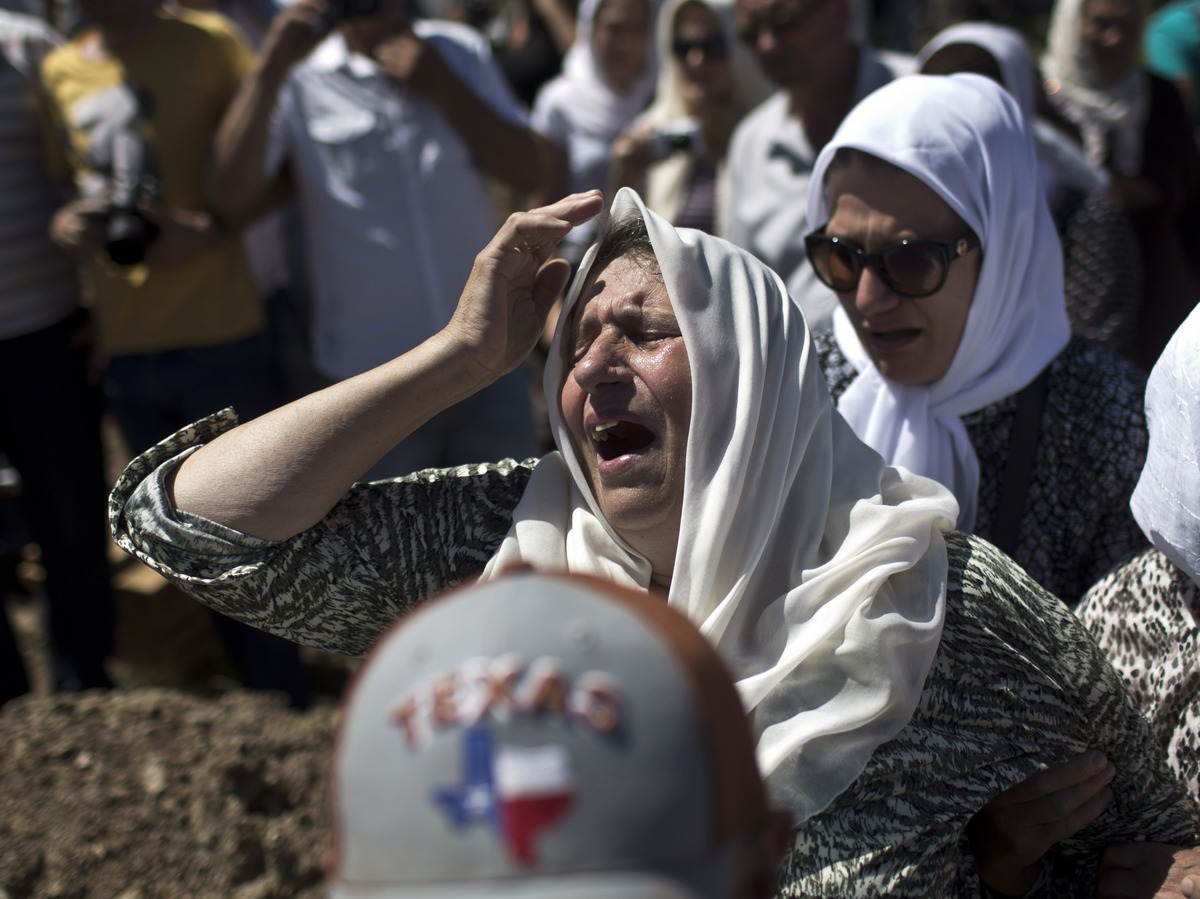 A woman cries as the remains of her son are buried during a ceremony at the Potocari memorial complex near the Bosnian town of Srebrenica last July.

Twenty years after Serbs massacred 8,000 Muslim men and boys in the Bosnian town of Srebrenica, the Serb government says it is donating $5.4 million to help revive the town's economy.

"We want Srebrenica to become a bridge of cooperation," said Serbian Prime Minister Aleksandar Vucic, attending an investment conference in the town.

"Nobody can return the brothers to their sisters, the children to their mothers but what we can do is to look into the future, make it different, take care of those 20,000 people who still live here," he added, in remarks quoted by the Associated Press.

Two decades ago, near the end of the Bosnian war, Bosnian Serbs aided by the government of Serbia, overran Srebrenica in an effort to expel its entire Muslim population. Thousands of men and boys were executed.

Today, only a few hundred Muslims have returned to the town, and the atrocity's dark shadow continues to hang over the town.

Vucic went to a ceremony in July to mark the massacre's anniversary, but he and his party were pelted with rocks and forced to flee.

Reporting for NPR, Joanna Kakissis said the prime minister came back to the town this week:

"Vucic returned earlier this week to visit Srebrenica's cemetery. He says he cannot bring back the dead, but can help revitalize Srebrenica for those who still live here."

The money donated by the Serbian government is aimed at reviving the town, which suffers from high unemployment and a weak economy. The first payment of about $2 million will be delivered on Monday, Vucic said.

"We did not even expect so much money," said Srebrenica mayor, Camil Durakovic, saying the money would "change the lives of the residents of Srebrenica."

Bosnia's prime minister, Denis Zvizdic said the two countries were eager to open a new chapter in their relations.