Accessibility links
ISIS Claims Responsibility For Bloody Attack On Paris : The Two-Way The attack would be the most sophisticated yet by ISIS, as the simultaneous assaults occurred at multiple locations during a busy time of day in a major European capital. 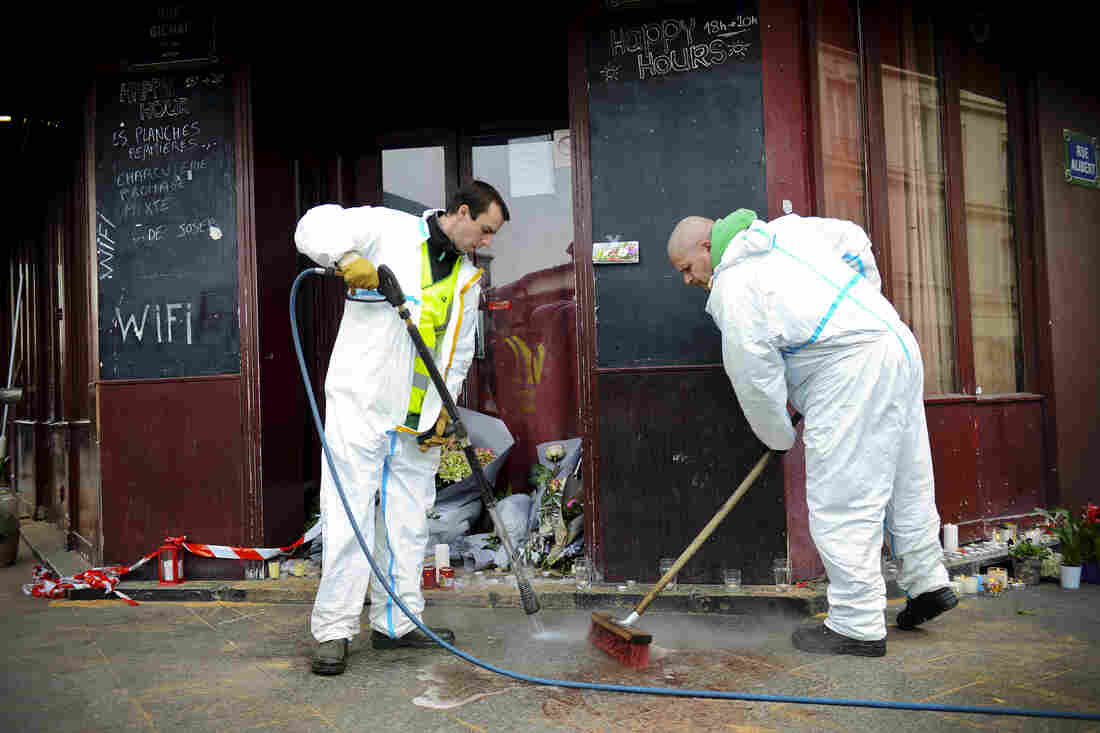 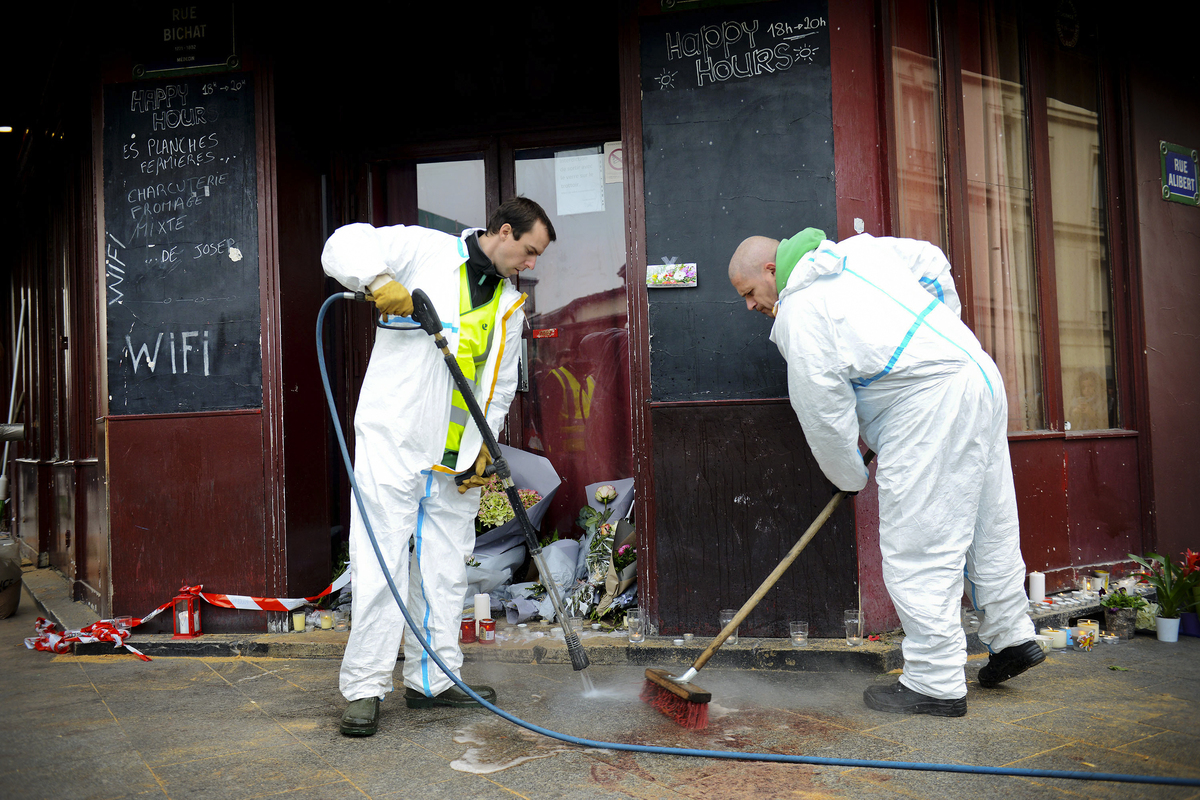 Municipal employees clean the exterior the Carillon cafe, one day after a terrorist attack hit Paris. ISIS has claimed responsibility for the deadly violence.

The morning after gunmen and explosions left at least 128 people dead and hundreds more wounded in Paris, ISIS has released a statement claiming responsibility for the attacks, according to jihadist-monitoring group SITE Intelligence.

The Paris attack would be the most sophisticated yet by ISIS, as the simultaneous assaults occurred at multiple locations during a busy time of day in a major European capital. French President Francois Hollande is calling it "an act of war."

In its statement, ISIS says the attackers "targeted the capital of abominations and perversion, that carries the banner of the cross in Europe, Paris." It added that the attacking group had acted to "throw fear into the hearts of the Crusaders in their own land."

The group also said, "France and those who follow its path should know that they will remain the principal targets of the Islamic State, and that they will continue to smell the odor of death for having taken the head of the crusade and having insulted our Prophet."

Before the claim emerged, SITE Intel reported that people affiliated with the extremist group had welcomed the attack:

"IS fighters, supporters, and residents flocked to social media using hashtags translating to '#Caliphate_State_Strikes_France' and '#Crusader_France_On_Fire' to celebrate the event. While users threatened that "this is just the beginning," media groups immediately started producing material celebrating the events. One picture within a series made by pro-IS media group al-Samood stated:

" 'O French: Same as you kill you are killed and we have promised you of that we will move the battles to your own homes, and then you may taste our severity.' "

In the hours after the attack, security experts told NPR and other news outlets that they suspected al-Qaida would emerge as the group behind the violence, noting the operational expertise it required. But while agreeing with that point, a Dutch fighter with an al-Qaida affiliate says (in a tweet highlighted by SITE) that the targets — civilian instead of military or political — also imply an ISIS role.