Accessibility links
On Social Media, Messages Of Resilience And Hope Flourish : The Two-Way "La Marseillaise" at the Stade de France, "Imagine" at the Bataclan, #PeaceForParis everywhere: After Friday's attacks in Paris, responses in song and in ink have resonated online. 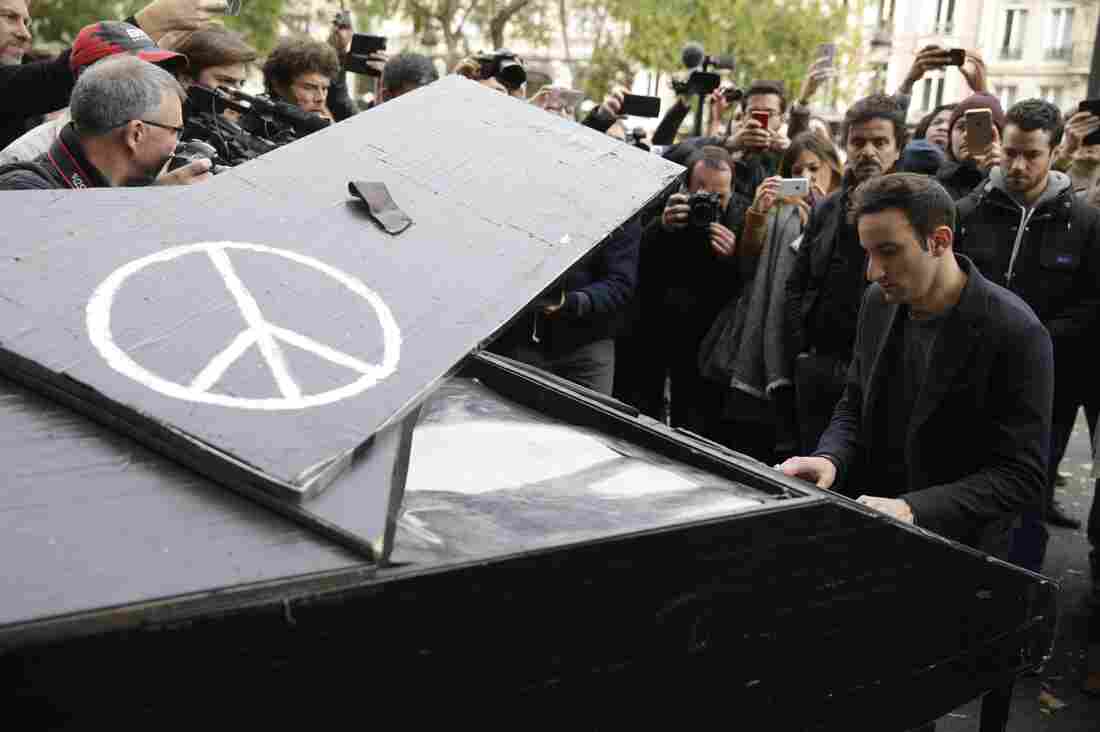 A man plays piano near the Bataclan theater in Paris on Saturday, the day after a series of attacks on the city resulted in the deaths of at least 120 individuals. At least 80 people died inside the Bataclan. Kenzo Tribouillard/AFP/Getty Images hide caption 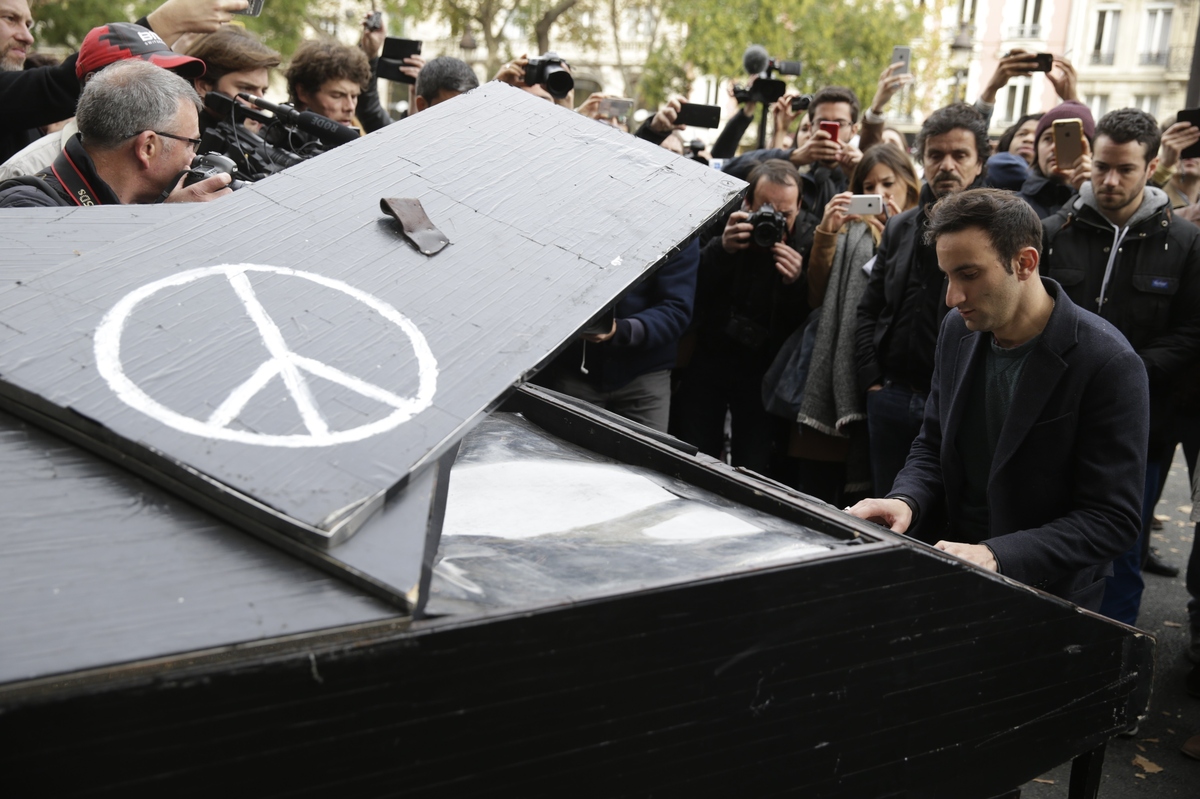 A man plays piano near the Bataclan theater in Paris on Saturday, the day after a series of attacks on the city resulted in the deaths of at least 120 individuals. At least 80 people died inside the Bataclan.

Deadly attacks hit multiple sites simultaneously. There were explosions outside a massive stadium. Scores of people were held hostage inside a concert venue. Diners at several cafes and restaurants faced volleys of gunfire.

The incident has prompted anger, grief and an outpouring of sympathy from around the world.

On social media, Facebook's check-in feature let people in Paris signal to their friends and family that they were safe. On Twitter, the hashtag #PortOueverte connected people stranded in Paris with nearby residents offering to host them.

And a day after the attacks, a few expressions of resilience and hope — in song and in art — have been shared tens of thousands of times.

Spectators at the Stade de France, who heard loud explosions during a friendly soccer match between France and Germany, sang the French national anthem as they finally left the stadium:

A day later, a man towed a piano behind his bike to the front of the Bataclan, the concert hall where more than 80 people were killed. There, he sat down to play John Lennon's "Imagine."

Charlie Hebdo cartoonist Joann Sfar drew a series of cartoons praising Paris' love of life and the city's resilience in the face of "lovers of death." He also wrote a cartoon in English responding to the #PrayforParis hashtag and suggesting an alternative, #Parisisaboutlife:

And a quick sketch by artist Jean Jullien quickly gained traction as a hopeful symbol after a night of horror. It sparked a hashtag of its own: #PeaceForParis.

Jullien spoke with NPR's Michel Martin about the inspiration behind the simple sketch.

He tells her he's a little uncomfortable with the attention his drawing has received on social media, since he doesn't want to gain any personal benefit from the tragedy. Still, he's pleased it's hitting home, he says:

"The idea was just for people to have a tool to communicate, and to respond and to share solidarity and peace. ... If it was useful for people to share and communicate their loss and need for peace, then that's what it was meant to be."