Accessibility links
The Paris Attacks: Portraits Of Some Of The Victims : The Two-Way The victims were mothers and fathers. Some loved music and one was experiencing life away from the United States for the first time.

The Paris Attacks: Portraits Of Some Of The Victims

The Paris Attacks: Portraits Of Some Of The Victims 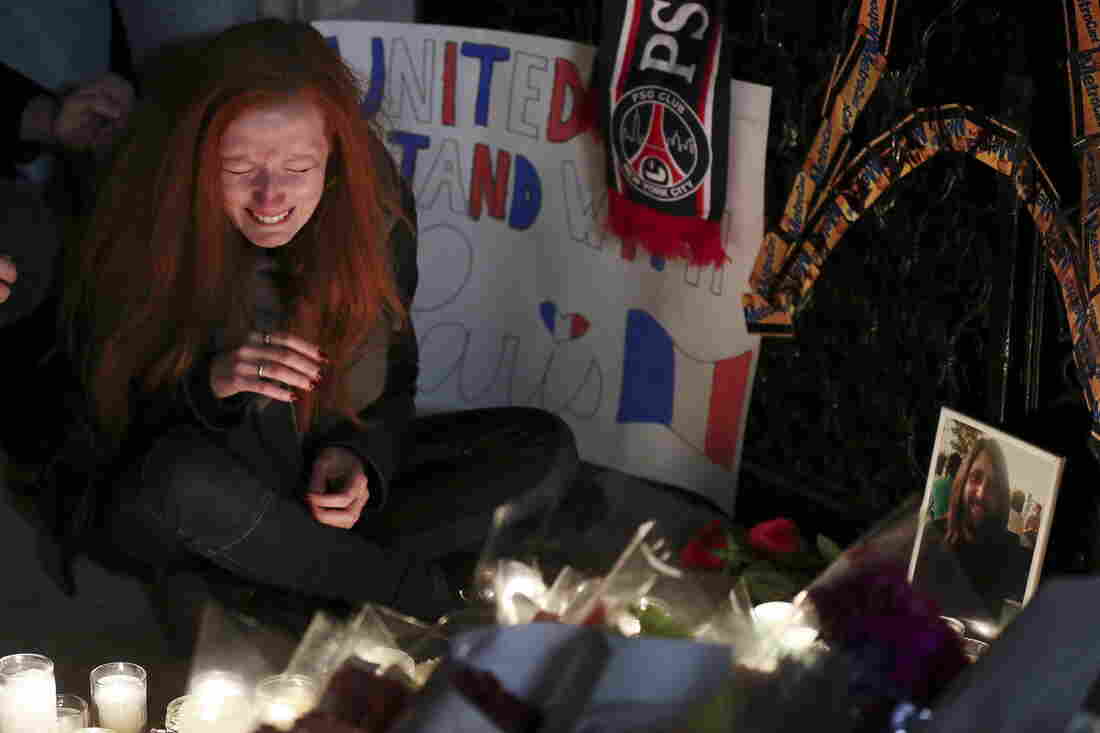 Polina Buckley, the girlfriend of Eagles Of Death Metal's merchandise manager Nick Alexander, who died in attacks in Paris, cries as she sits near a makeshift memorial outside the consulate of France in New York. Carlo Allegri /Reuters/Landov hide caption 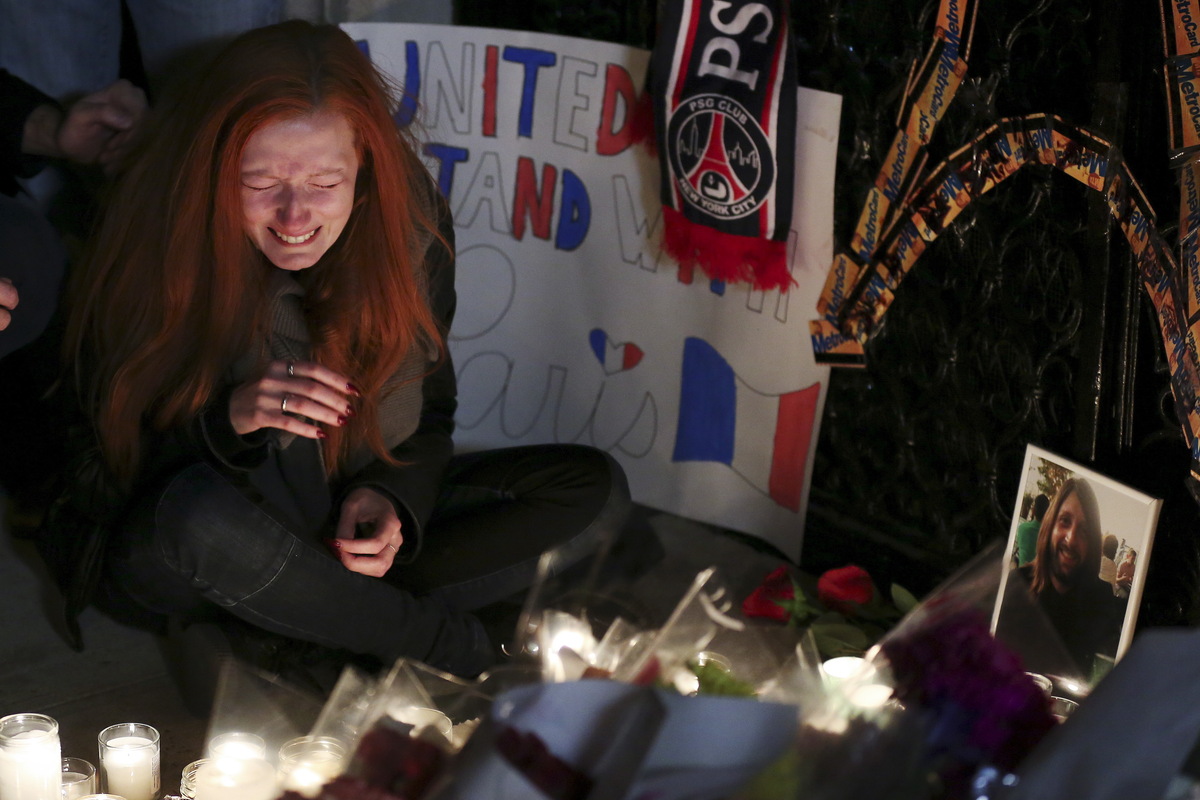 Polina Buckley, the girlfriend of Eagles Of Death Metal's merchandise manager Nick Alexander, who died in attacks in Paris, cries as she sits near a makeshift memorial outside the consulate of France in New York.

In France, today, it was a day of remembrance. Thousands dropped off flowers and lit candles near the places where terrorists killed 129 people in six coordinated attacks.

All the names of those victims have not yet been released by authorities. But here are a few portraits of some of those who were killed on Friday:

-- Nick Alexander, 36, worked for many bands in his life. He was handling merchandise for Eagles of Death Metal at the Bataclan on Friday, when he was killed.

In a statement obtained by the BBC, his family said: "Nick was not just our brother, son and uncle, he was everyone's best friend – generous, funny and fiercely loyal. Nick died doing the job he loved and we take great comfort in knowing how much he was cherished by his friends around the world."

After learning of this death, Alexander's girlfriend Polina Buckley tweeted pictures of both of them looking very much in love.

She wrote: "You are and always will be the love of my life, Nick Alexander."

-- Nohemi Gonzalez, 23, was in Paris for a semester abroad. She was one of the people gunned down at one of the cafes, the university said.

The Los Times reports that this was the first time Gonzalez, a design student at Cal State Long Beach, had left the United States.

The paper spoke to one her teachers:

"'Nohemi was a very gifted student,' said Martin Herman, chairman of the design department. 'Her spirit and enthusiasm infused the department in so many ways. She had an indescribably sweet spirit and imagination. It's unbelievable that this could have happened.'"

-- Mathieu Hoche, 37, worked as a technician for the French television station France 24 since 2006. "A lover of rock music," the station reported, "he was one of the 89 people who lost their lives at the Bataclan."

One of his co-workers, Roselyne Febvre, tweeted that Hoche left behind a 6-year-old child.

-- Luis Felipe Zschoche Valle, 33, was one of three Chilean nationals killed on Friday, according to the country's Ministry of the Exterior.

The Chilean newspaper La Tercera reports that Zschoche had moved to Paris eight years ago and was at the Eagles of Death Metal concert with his wife. Zschoche, the paper adds, also had his own band called Captain America.

A friend tweeted: My friend, your guitar will play forever.

-- Guillaume B. Decherf, a music journalist who had just written about the latest album of Eagles of Death Metal, was killed at the band's concert. His publication, Les Inrocks, reported that he was the father of two.

-- Valentin Ribet, 26, a lawyer who specialized in white-collar crime litigation, was killed at the concert hall, his law firm confirmed. He was an alumnus of the London School of Economics. His employer called him "a talented lawyer, extremely well liked, and a wonderful personality in the office."

-- Thomas Ayad, 32, an international product manager for Mercury Records, was also killed at the concert, the chairman of Universal Music Group confirmed in a note published by the LA Times. "Today is a dark day," UMG head Lucian Grainge wrote.