Accessibility links
Obama Defends U.S. Strategy Against ISIS : The Two-Way In a press conference in Turkey, the president ruled out sending additional U.S. troops to Syria in the wake of the Paris attacks. 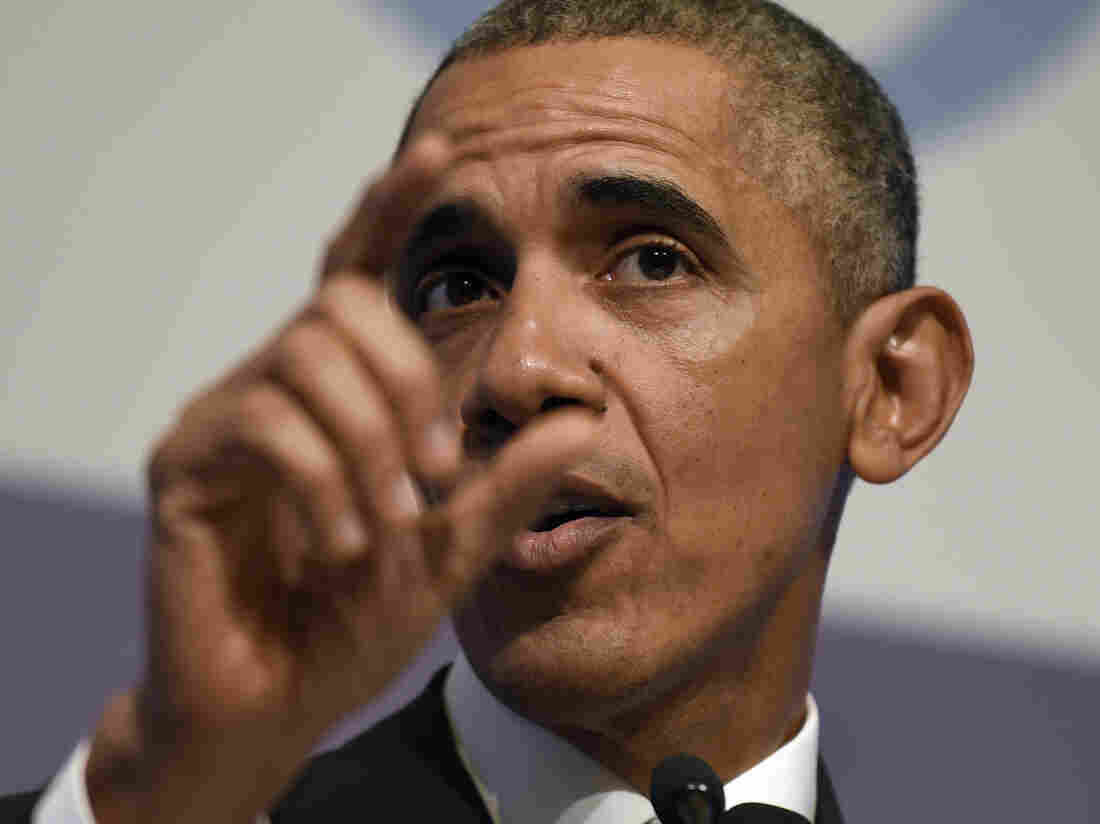 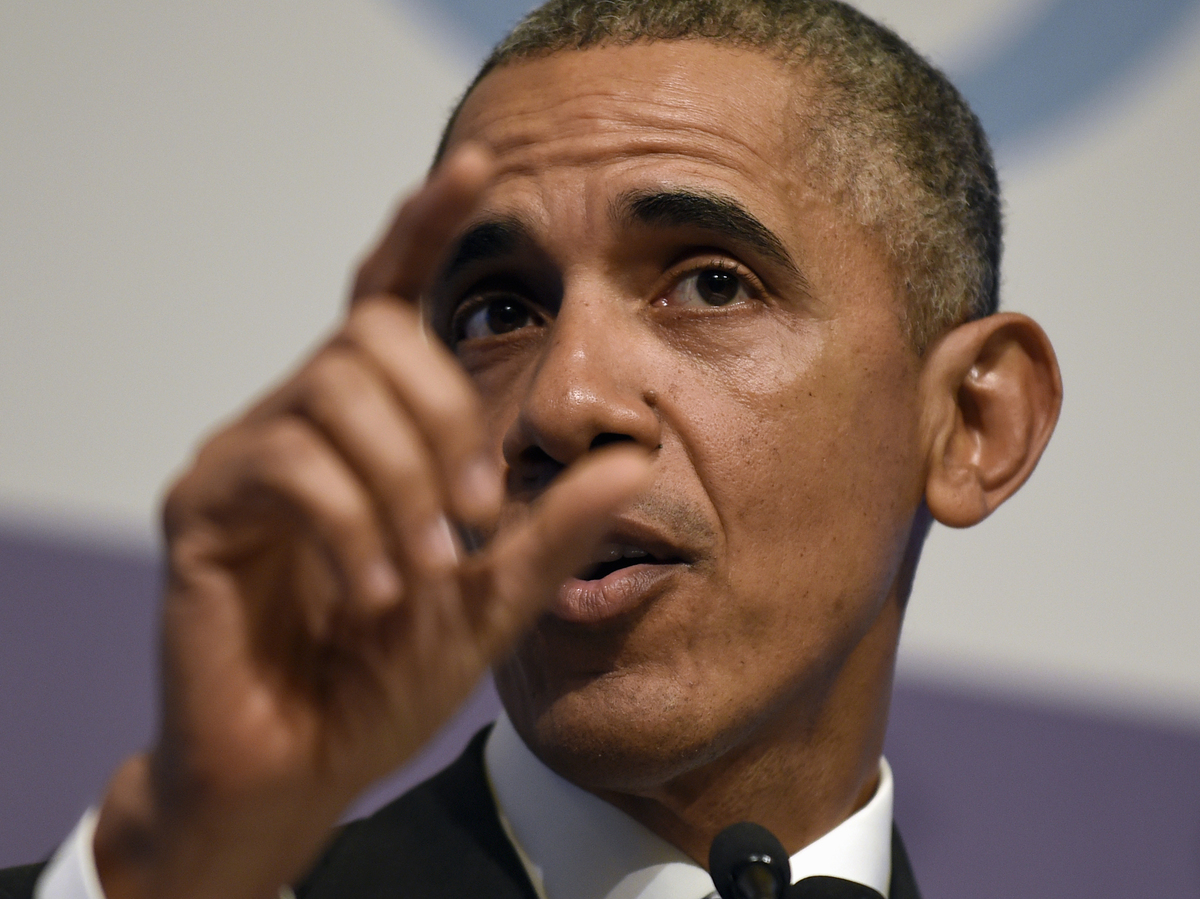 President Obama speaks to reporters in Antalya, Turkey, on Monday.

At a news conference in Turkey on Monday, President Obama defended his administration's strategy against ISIS, calling Friday's deadly terrorist attacks in Paris "outrageous." He said, however, the U.S. would not send additional ground troops into Syria to combat the Islamic State.

The president spoke in Antalya, where he's meeting with other leaders of the G-20. Obama told reporters the U.S. has been worried about "these kinds of attacks," but said there was no specific intelligence of the Paris attack that the U.S. could have passed on to French authorities or acted on itself. Obama said those behind the attack are "killers with fantasies of glory" who are savvy with social media.

The President announced a new agreement that he said will streamline the process "by which we share intelligence and operational military information with France."

"We need to be doing everything we can to protect against more attacks and protect our citizens," said Obama.

Addressing criticism of his administration's actions against ISIS, Obama said most of his critics' proposals "describe things we are already doing."

"My only interest is to end suffering and keep the American people safe," Obama said, adding: "If there is a good idea out there, we're going to do it."

Obama challenged his critics, saying if they want to "pop off," they should present a specific plan.

"If they think their advisers are better than the chairman of the Joint Chiefs of Staff [of military forces on the ground]," the president said, "I want to meet them."

Obama said calls for a no-fly zone or safe zone in Syria are well-meaning but would be counterproductive. He said most of the deaths in Syria have been caused by ground attacks and that a true safe zone would require ground troops.

But he said the Islamic State is not a traditional military opponent.

The president also responded forcefully to calls that the U.S. limit the immigration of Syrians fleeing the fighting in their homeland, or as some Republican presidential candidates suggested, allow only Christians to enter the US. Obama called that notion "shameful."

Obama has been criticized for remarks he made in a broadcast interview that aired just before the attacks, in which he said ISIS had been "contained."

The President said ISIS controls less territory than it did last year.

"The more we shrink that territory, the less they can pretend that they are somehow a functioning state," he said in the interview. "And the more it becomes apparent that they are simply a network of killers who are brutalizing local populations."