Accessibility links
After The Paris Attacks, Some Stories Weren't True : The Two-Way Big news events like the Paris attacks often lead to some incorrect headlines.

After The Paris Attacks, Some Stories Weren't True

After The Paris Attacks, Some Stories Weren't True 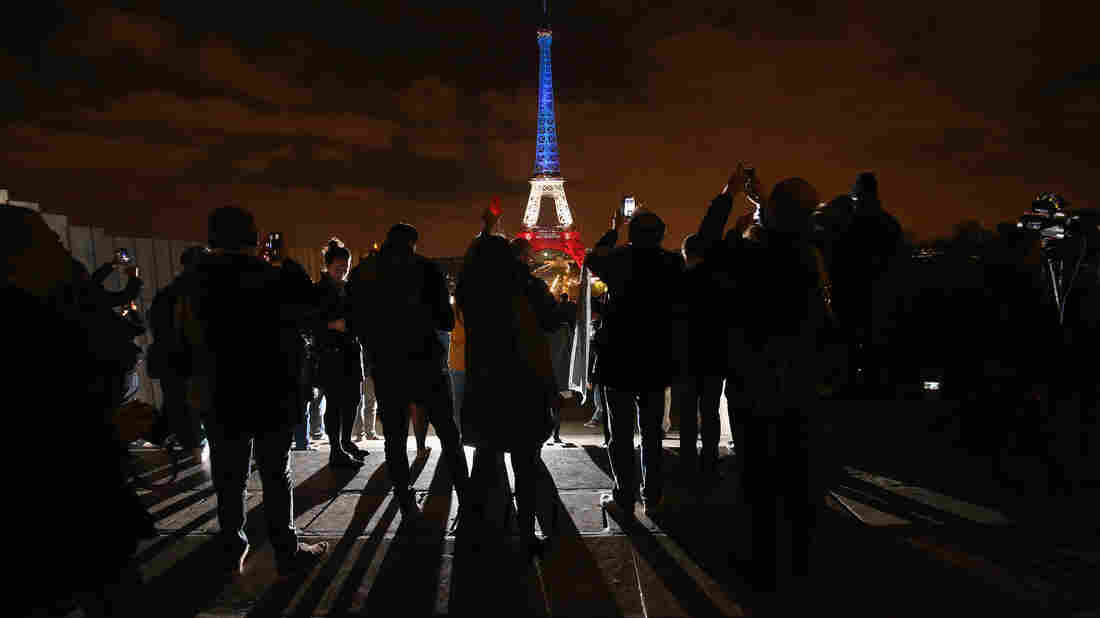 Some reports about the Eiffel Tower were wrong, but not this one: The landmark was illuminated in the colors of the French flag on Monday in honor of the victims of the terrorist attacks. Christopher Furlong/Getty Images hide caption 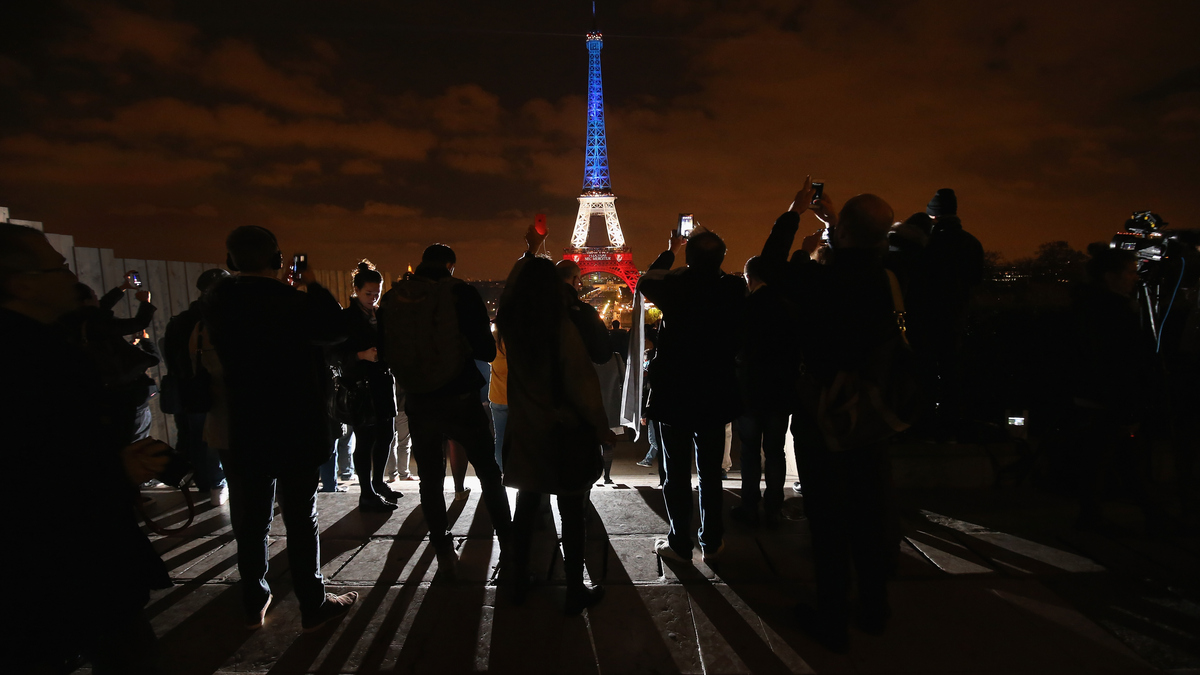 Some reports about the Eiffel Tower were wrong, but not this one: The landmark was illuminated in the colors of the French flag on Monday in honor of the victims of the terrorist attacks.

Big news events like the Paris attacks often lead to some incorrect headlines. We're keeping track of them, and will update this list as needed.

Those Tweets About The Eiffel Tower Lights Being Dimmed

On Friday after the Paris attacks, Rurik Bradbury said he began to see major news organizations report that the lights at the Eiffel Tower were shut off to mourn the victims. But he felt that wasn't true.

Wow. Lights off on the Eiffel Tower for the first time since 1889. pic.twitter.com/ZkeU5GmJfM

His tweet, which touts a totally made-up fact, was retweeted tens of thousands of times. It turns out, the lights at the Eiffel Tower go off every night at 1:00 a.m., and that's been the case for several years.

"In general I am fascinated by the way history and fake history spreads on Twitter, such as the many 'History in Pics' type accounts, and the very low bar for spreading a viral meme through a credulous public... It should be obvious, with a pause for thought, that the lights haven't been on continuously since 1889: that scale of lighting would not have been viable in the late 1800s (the lighting was only installed in 1925); there were two world wars in between; it would be hugely expensive to leave the lights on continuously (as one French person pointed out); there have been many tragedies since then that would justify turning off the lights in mourning, such as the Charlie Hebdo murders as recently as January this year, and so on."

One of those news organizations that originally shared the fake Eiffel Tower story, Fox News, noted later that it accidentally shared an old video of the tower.

Correction: This video is from the Paris attacks in January 2015.

Isn’t it interesting that the tragedy in Paris took place in one of the toughest gun control countries in the world?

Araud wrote in response, "This message is repugnant in its lack of any human decency. Vulture." But he later deleted that tweet, because Trump's tweet in question was actually sent months ago, in January, after the Charlie Hebdo attacks in Paris.

This is how the Republican presidential candidate actually responded to news of last week's Paris attacks:

My prayers are with the victims and hostages in the horrible Paris attacks. May God be with you all.

Rumors That The Attackers Used PlayStation 4 To Communicate

Multiple news outlets have been reporting that terrorists might have used PlayStation 4 to plan the Paris attacks, through Sony's online service, PlayStation Network, which allows users to communicate with each other by voice or text. Much of that reporting stemmed from an article on Forbes.com titled "How Paris ISIS Terrorists May Have Used PlayStation 4 To Discuss And Plan Attacks."

But that article was debunked. Kotaku.com fact-checked the piece, namely the claim from the author that raids in Brussels after the attack turned up at least one PlayStation 4 console.

The author of the Forbes piece later told Kotaku, "This was actually a mistake that I've had to edit and correct... I misread the minister's statement, because even though he was specifically saying that PS4 was being used by ISIS to communicate, there is no public list of evidence list of what was found in the specific recent raids. I've edited the post to reflect that, and it was more meant to be about discussing why or how groups like ISIS can use consoles. It's my fault, as I misinterpreted his statement."

A correction on the Forbes article now reads:

"This post has been edited as it has not been confirmed that a console was found as a result of these specific Belgian terror raids. Minister Jambon was speaking about tactics he knows ISIS to be using generally. Evidence gathered in recent raids has not been publicly listed."

Rumors Of Uber Surge Pricing In Paris After The Attacks

Multiple tweeters claimed Uber, the ride-sharing company, hiked rates through "surge pricing" in the aftermath of the Friday attacks. Many noted that Uber had previously raised rates, after a hostage situation in Sydney last year, and later had to apologize. But later on Friday, the company said it had not raised rates in Paris.

Reports On A Photo Of One Of The Attackers

A Sikh Canadian named Veerender Jubbal was named as a suspect in the Paris attacks by several news outlets, and an image of him wearing a bulletproof vest was circulated widely online this weekend.

Jubbal quickly pointed out he was not involved in the attacks, that he is not Muslim, and that the images circulating of him had been altered.

You can all check the last retweets. Let us start with basics. Never been to Paris. Am a Sikh dude with a turban. Lives in Canada.

That’s an iPad, not a Quran, and the Dastar (turban) is worn by Sikhs. pic.twitter.com/xkKzJ0G65f

But he says the damage is already done, according to the BBC, and he's worried he could be harmed.