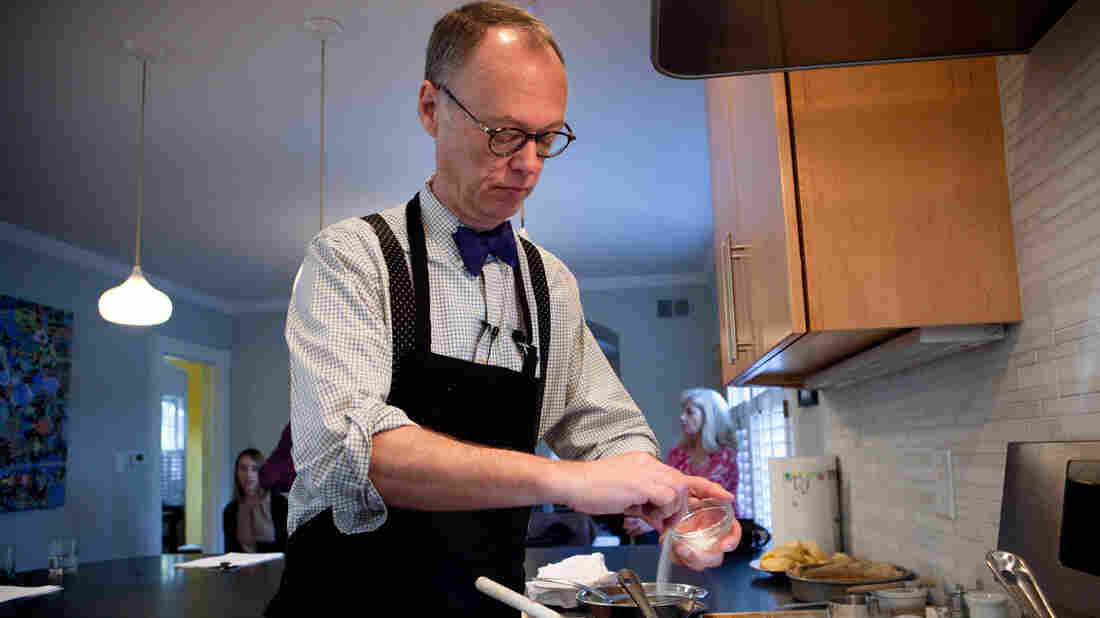 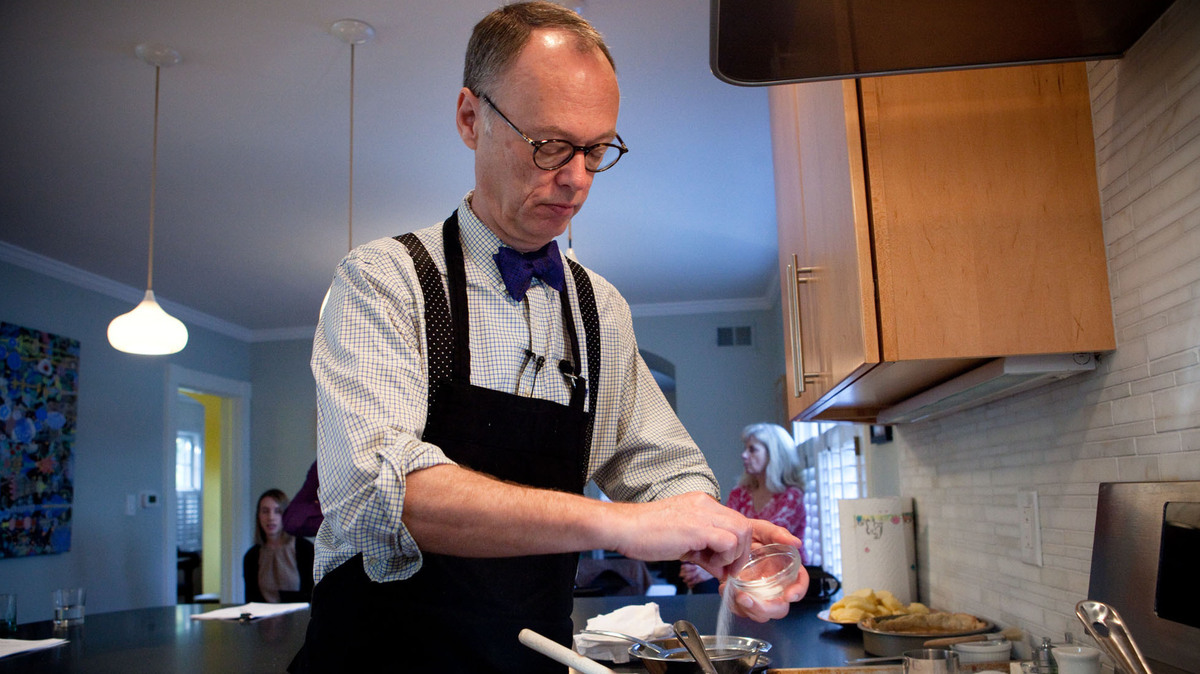 In a change that's sure to send ripples through a media empire built on a thoughtful and rigorous approach to food, chef Chris Kimball is leaving America's Test Kitchen, the company he co-founded. Kimball's departure comes two months after the company got its first-ever CEO.

"Kimball's departure is immediate," says the Boston Common Press, the parent company of America's Test Kitchen, which says the two sides weren't able to agree over Kimball's contract. Kimball, 64, is also leaving his spot as the editor-in-chief of Cook's Illustrated magazine.

The 2016 seasons of TV shows America's Test Kitchen and Cook's Country will air as normal, with Kimball, wearing his trademark bow tie and round spectacles, as host, the company says.

"We made every effort to offer Chris a reasonable contract that reflected his significant contributions to the company and are disappointed that we could not reach agreement," says Boston Common Press CEO David Nussbaum. "We know this change will be a surprise to many, but we are confident that the ensemble cast, 50 test cooks and support team for America's Test Kitchen will continue to offer our audiences the same high-quality product going forward."

With nearly 2 million weekly viewers, America's Test Kitchen is "the most-watched cooking show on public television," according to the show's website. If it sticks to recent broadcast schedules, the show will launch its 16th season in January.

In September, Kimball had just finished taping the ninth season of another show, Cook's Country, at his home in Vermont when Nussbaum was hired to fill a newly created role as the CEO of America's Test Kitchen. Nussbaum left his job leading F+W Media to take the post. At the time, the move was explained as the result of the need for a seasoned executive to oversee rapid growth by America's Test Kitchen's TV and digital properties — and company officials dismissed rumors that the move might force Kimball out.

"The popularity and financial growth of America's Test Kitchen and our related enterprises over the past few years have prompted us to formally create the role of CEO," Boston Common Press' Eliot Wadsworth said at the time, as Boston magazine reported.

At the time of that September announcement, things were already tense in the offices of the recipe-testing company, which has a radio and TV production house at its headquarters outside of Boston. The Boston Globe reported:

"America's Test Kitchen has been in tumult in recent weeks, with rumors flying after a staff meeting and an earlier e-mail regarding coming changes. That e-mail, sources close to the company said, indicated Kimball might depart with wife, Melissa Baldino, an executive producer there, to form a new company."

Rumors that Kimball might start a new venture have resurfaced with today's news. On his Twitter account around noon today, he posted a photo of himself at a train station in Boston, posing with a man who wanted to take a selfie with him.

Kimball won't be leaving the world of public media, he tells the newspaper Current. That includes 12 station events he's doing in 2015 – and he confirms that he has a new project in the works, to be announced in January.

When Current asked what Kimball's title is at Boston Common Press, he replied, "Interesting question, isn't it? I don't know what I am. I'm still on the shows for next year, and we may still be working together."

"We're still talking, and it's friendly," he added.

In its news release about Kimball's exit, Boston Common Press notes that in addition to hiring Nussbaum, it also promoted longtime America's Test Kitchen editor Jack Bishop to the post of chief creative officer. And it says that America's Test Kitchen plans to hire at least 25 new employees in the first quarter of 2016, mainly in its content, television production and digital media units.