Accessibility links
A Grieving France Celebrates A Subdued Beaujolais Nouveau Day : The Two-Way While interest in the festivities was down this year, some Parisians said they were determined not to let the terrorist attacks destroy what is best in French life. 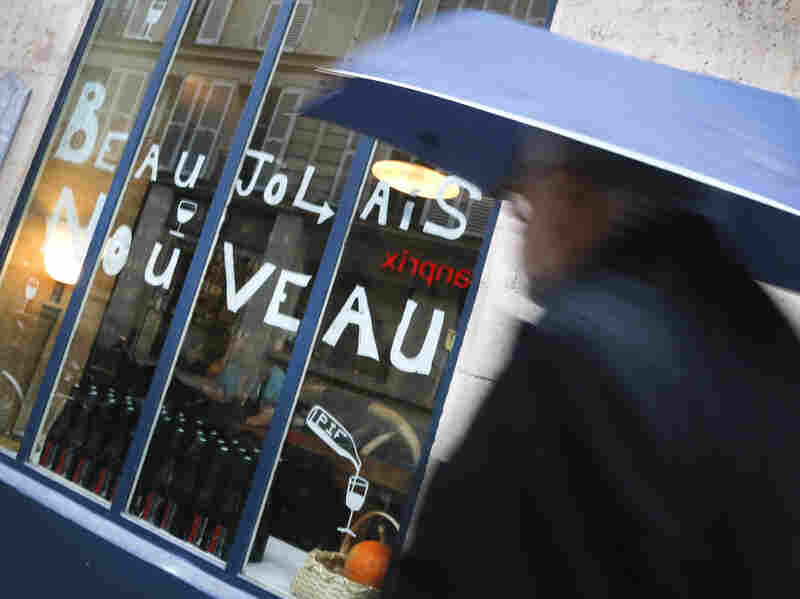 A man walks past a bar advertising Beaujolais Nouveau Day in Paris. Many bars and restaurants were sparsely crowded on a day that normally is a time to celebrate. Jacques Brinon/AP hide caption 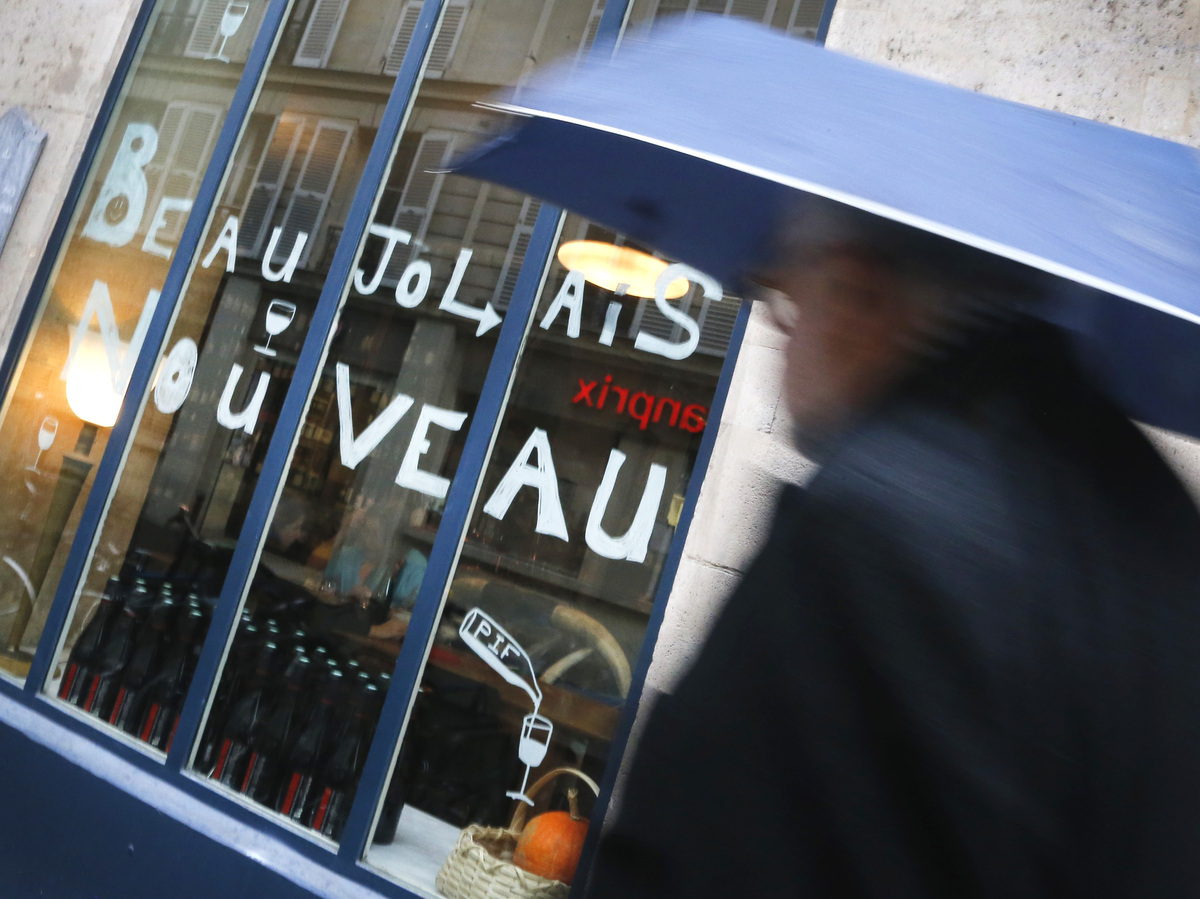 A man walks past a bar advertising Beaujolais Nouveau Day in Paris. Many bars and restaurants were sparsely crowded on a day that normally is a time to celebrate.

In France, the third Thursday in November is usually a day of fireworks and festivals, when people pause to celebrate a uniquely French custom: the uncorking of the first Beaujolais of the season.

But in a country in deep mourning, no one feels much like celebrating.

Reservations were down sharply for Beaujolais Nouveau Day at one major hotel, and bars were ordering far fewer bottles than normal, Christian Navet of the main hotel association told Agence France-Press.

Bar and restaurant owners say business is down since Friday night's attacks, which left 129 people dead and 352 injured.

In the aftermath of the tragedy, French President Francois Hollande is urging people to go out and enjoy themselves and not let the attacks destroy what is precious in French culture.

"What would our country be without its cafes?" Hollande asked.

Inter Beaujolais, an association representing wine producers, said the group considered canceling some of the events celebrating Beaujolais Nouveau Day, but in the end decided not to.

For some, a spirit of defiance mingled with the fear and sadness they are feeling, and even some people who don't like Beaujolais Nouveau went out to celebrate, the AP reported:

"Many Parisians are determined to raise a glass — even those who consider Beaujolais Nouveau's popularity a product of savvy marketing rather than quality.

" 'The Beaujolais isn't good wine. But everyone will go out on purpose tonight,' said 63-year-old Lucienne Tavera, sitting with two friends on a cafe terrace near the Bataclan concert hall, where the deadliest of the attacks unfolded.

"Our hearts are hurting terribly," Nicolas Decatoire, who runs the Le Gavroche restaurant in the old financial quarter, told the AFP. "But we cannot forget our traditions. ... This is French New Year," he joked, "and we can't be dictated to by a gang of idiots."

Antoines Gueguen, owner of Les Caves Saint-Martin, a wine shop, told Quartz he decided to celebrate the day in a more subdued fashion:

"Gueguen, who in the past would send out email invitations to the first-day tasting, didn't do so this year. Instead, he is relying on the poster on the door and the loyalty of his customers to make the day a success."

For those who did manage to go out, there was one consolation: Winemakers say this year's Beaujolais Nouveau is among the best in a long time.

"We had a wet spring then record sunshine in July when the Rhone region was the hottest in the whole of France. It's a historic vintage," Bourjade told the AFP.