Accessibility links
Mexican Immigration Declining; More Are Returning Than Arriving : The Two-Way A new study concludes that the job market in the U.S. isn't as attractive as it used to be. Also, many Mexicans are choosing to return to family they left behind. 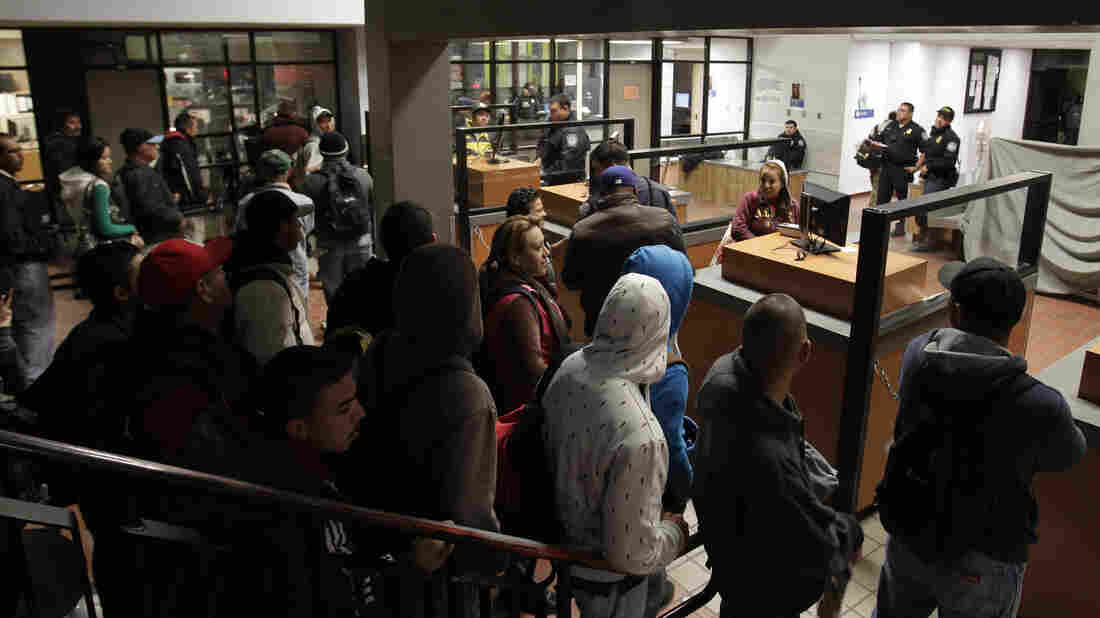 People line up to cross into the U.S. from Mexicali, Mexico in this 2012 photo. A new report finds the flow has tended to go the other way since the recession, with more Mexicans leaving the United States than arriving. Gregory Bull/AP hide caption 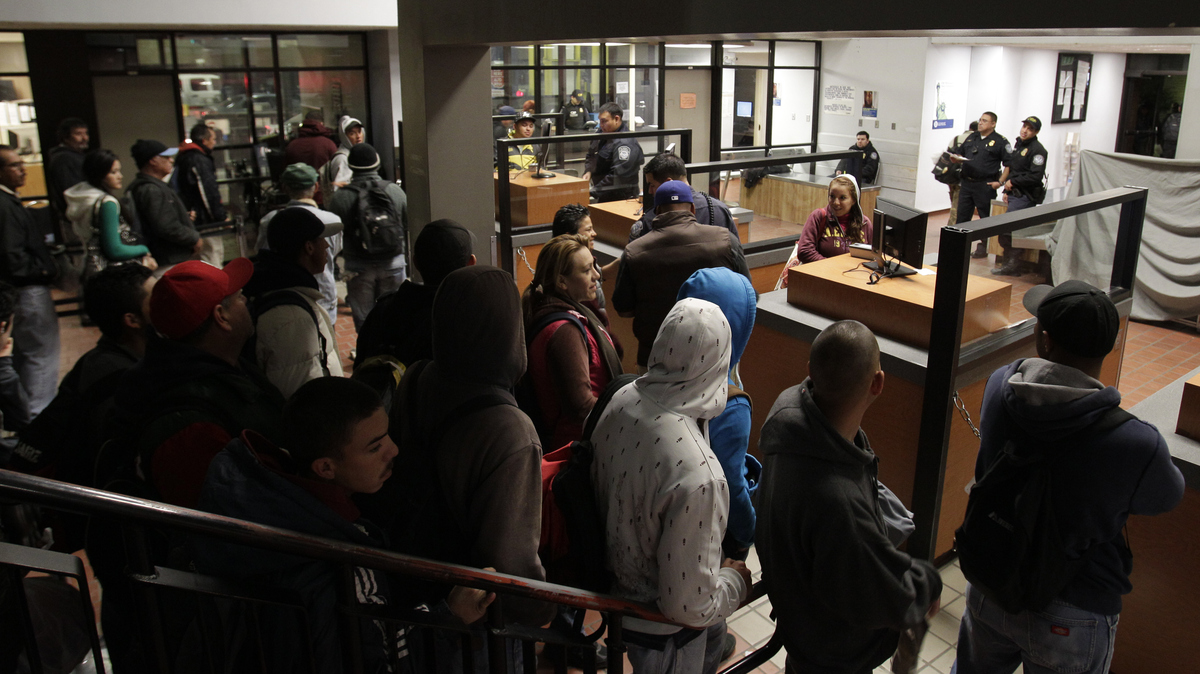 People line up to cross into the U.S. from Mexicali, Mexico in this 2012 photo. A new report finds the flow has tended to go the other way since the recession, with more Mexicans leaving the United States than arriving.

A new study of immigration to the United States shows that more Mexicans have returned home than have arrived here since 2009.

The report from the Washington, DC-based Pew Research Center also finds that the overall flow of Mexicans between the two countries is the smallest since the 1990s.

The conclusions are based on government data here and in Mexico. The report shows that about one million Mexicans and their families, including U.S.-born children, left this country for Mexico between 2009 and 2014. During that same period, an estimated 870,000 Mexicans migrated to the United States.

"The decline in the number of Mexican immigrants residing in the U.S. has been mostly due to a drop of more than 1 million unauthorized immigrants from Mexico from a peak of 6.9 million in 2007 to an estimated 5.6 million in 2014," according to the report.

The researchers attribute the decline to several reasons:

--The slow recovery of the American economy after the Great Recession may have cut into the number of jobs available.

--There's been stricter enforcement of U.S. immigration laws, especially at the U.S.-Mexico border. The number of apprehensions of Mexicans illegally crossing the border has fallen sharply, to just about 230,000 in fiscal 2014. That's the lowest level since 1971. Meanwhile, the government has stepped up deportations of Mexican immigrants since 2005.

--According to the Mexican government's data, a majority of the one million people who left for Mexico between 2009 and 2014 left of their own accord. And 61 percent who said they were in the U.S. in 2009 but back home in 2014 cited their desire to be reunited with their families.

But it's really about jobs drying up after the recession, according to Dowell Myers, a professor of demography and urban planning at the University of Southern California.

"It's not like all of a sudden they decided they missed their mothers," Myers told the AP. "The fact is, our recovery from the Great Recession has been miserable. It's been miserable for everyone."