Accessibility links
U.S. Releases Convicted Spy Jonathan Pollard After 30-Year Prison Term : The Two-Way Pollard, 61, is a former U.S. Navy analyst who was arrested for stealing secrets for Israel. He eventually reached a plea deal with federal prosecutors, and he received a life sentence in 1987. 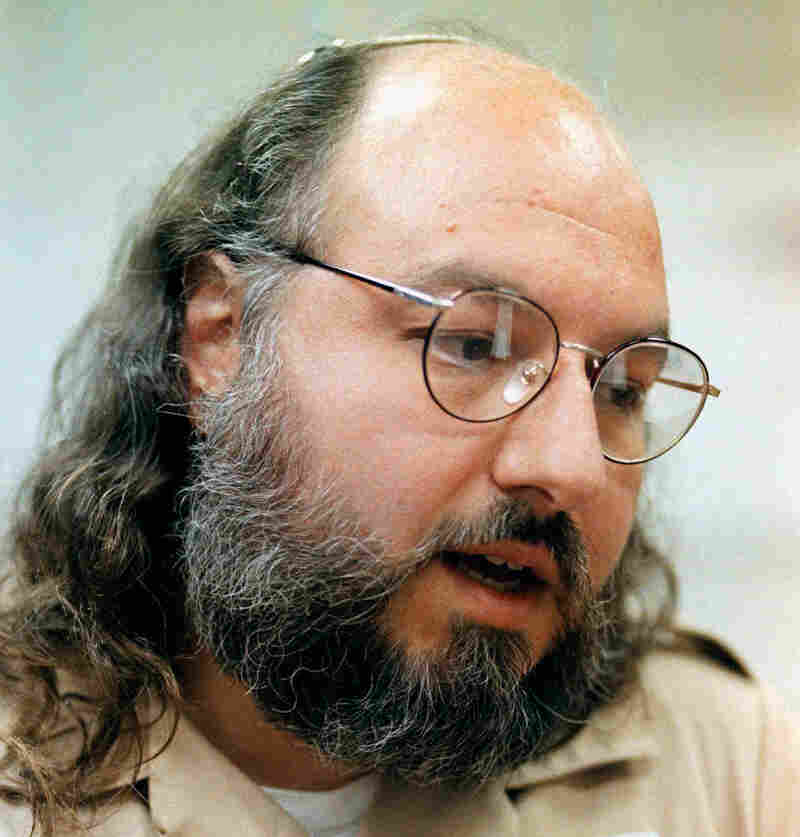 Jonathan Pollard, seen here in May of 1998, has been released from a federal prison in North Carolina, after serving 30 years for spying on the U.S. for Israel. Karl DeBlaker/AP hide caption

After spending 30 years in prison for spying on the U.S. for Israel, Jonathan Pollard was released Friday. His attorney confirmed Friday morning that Pollard has been released, shortly after Israel's Prime Minister Benjamin Netanyahu issued a statement welcoming his release.

Pollard, 61, is a former U.S. Navy analyst who was arrested in 1985 for stealing secrets for Israel. He eventually reached a plea deal with federal prosecutors, and he received a life sentence in 1987. Today, Pollard was released from a federal prison in Butner, N.C., where he served the bulk of his jail term.

"As someone who raised Jonathan's case for years with successive American presidents, I had long hoped this day would come," Netanyahu said. "After three long and difficult decades, Jonathan has been reunited with his family."

From Jerusalem, NPR's Emily Harris reports, "Israel gave Pollard citizenship 20 years ago. Now his supporters here and in the U.S. are lobbying American officials to release Pollard from parole as well, and allow him to move to Israel."

The U.S. and Israel reportedly had serious discussions about Pollard's release in the spring of 2014. In July, the U.S. indicated that it would not contest his release when Pollard became eligible for parole this month.

Update at 9:55 a.m. ET. : Pollard's lawyers sue to challenge conditions of his parole.

Lawyers for Pollard have filed a new lawsuit against the U.S. Parole Commission. They argue requiring him to wear an electronic monitoring bracelet and submit to computer inspections are conditions for pedophiles and stalkers, not a 61-year-old man who has served as a model prisoner ... The Justice Department had no immediate comment on the new legal challenge.

Pollard's case has long been a subject of debate and controversy, with his critics calling him a profiteer and his supporters saying he was motivated only by an urge to protect Israeli lives.

Earlier this year, The Washington Post recounted part of that debate:

"In an op-ed for The Washington Post written in 1998, former past directors of naval intelligence, William Studeman, Sumner Shapiro, John L. Butts and Thomas Brooks argued that as Pollard's case never went to trial (due to his plea deal), it never became public that Pollard "offered classified information to three other countries before working for the Israelis and that he offered his services to a fourth country while he was spying for Israel." The op-ed also argued that the "sheer volume" of documents passed on by Pollard was almost unrivaled, and his support was only due to a "clever public relations campaign."