Accessibility links
Trump Doubles Down On Claim He Saw Thousands Cheer In N.J. On 9/11 : The Two-Way In an interview, Donald Trump said people in New Jersey — "where you have large Arab populations" — were cheering when the Twin Towers came down. Police, however, have said it did not happen.

Trump Doubles Down On Claim He Saw Thousands Cheer In N.J. On 9/11

Trump Doubles Down On Claim He Saw Thousands Cheer In N.J. On 9/11 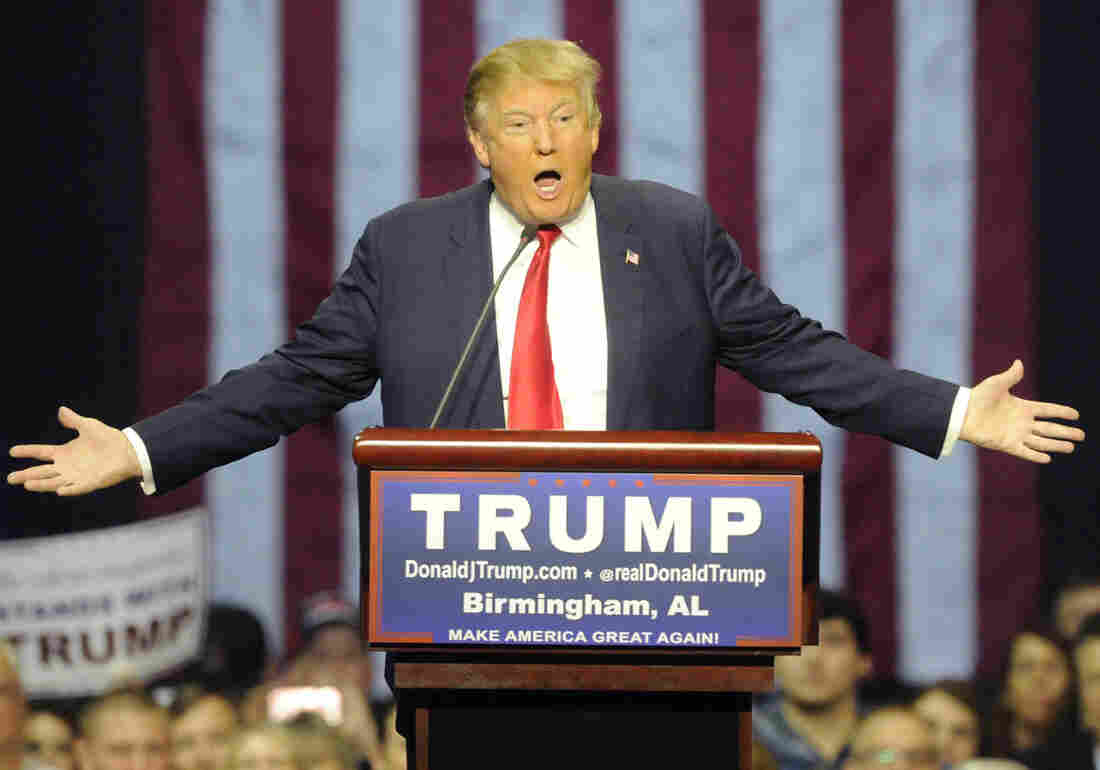 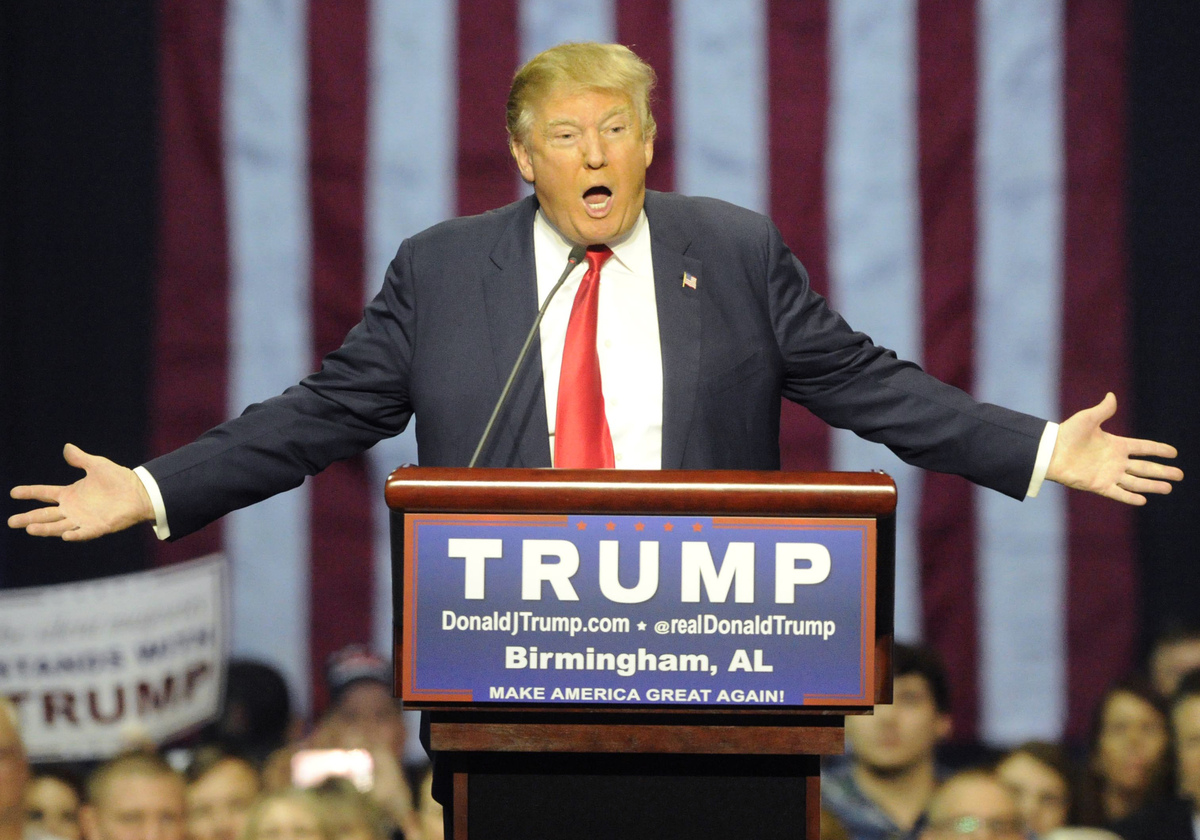 Republican presidential candidate Donald Trump speaks during a campaign stop on Saturday in Birmingham, Ala.

Republican presidential candidate Donald Trump has shown he is not one to back down.

In fact, when he was questioned by ABC News today about his assertion that "thousands and thousands of people" cheered the collapse of the World Trade Center on Sept. 11 just across the river in New Jersey, Trump doubled down.

"It did happen. I saw it. It was on television. I saw it," Trump said.

George Stephanopoulos responded, "You saw that with your own eyes? Police say it didn't happen."

Trump said: "George, it did happen. There were people that were cheering on the other side of New Jersey where you have large Arab populations. They were cheering as the World Trade Center came down. I know it might be not politically correct for you to talk about it, but there were people cheering as that building came down — as those buildings came down, and that tells you something. It was well covered at the time."

We asked our library to look through contemporaneous news reports. They tell us that that they could not turn up any news accounts of American Muslims cheering or celebrating in the wake of Sept. 11.

A 2007 piece from Reuters about Paterson, New Jersey, does address the celebrations but it concludes that they never happened. Reuters reports:

"Paterson was shaken by the September 11 attacks. On that day, a report circulated on some radio stations and Internet sites that Muslims in Paterson had demonstrated in celebration.

After Trump initially made the assertion on the stump on Friday, The New York Times came to the same conclusion:

"There were cheers of support in some Middle Eastern countries that day, which were broadcast on television. But a persistent Internet rumor of Muslims celebrating in Paterson, N.J., was discounted by police officials at the time. A search of news accounts from that period shows no reports of mass cheering in Jersey City.

"Ibrahim Hooper, a spokesman for the Council on American-Islamic Relations, said the response of Muslim-Americans on Sept. 11 was disgust.

"'I know because I wrote it,' he said of the council's reaction, adding that if Mr. Trump had evidence of cheering, he should present it."