Accessibility links
Brussels Remains On High Alert; Schools And Universities To Reopen This Week : The Two-Way Salah Abdeslam, one of the main suspects of the Paris attacks, is believed to still be on the loose. Schools and universities, however, will reopen on Wednesday.

Brussels Remains On High Alert; Schools And Universities To Reopen This Week

Brussels Remains On High Alert; Schools And Universities To Reopen This Week 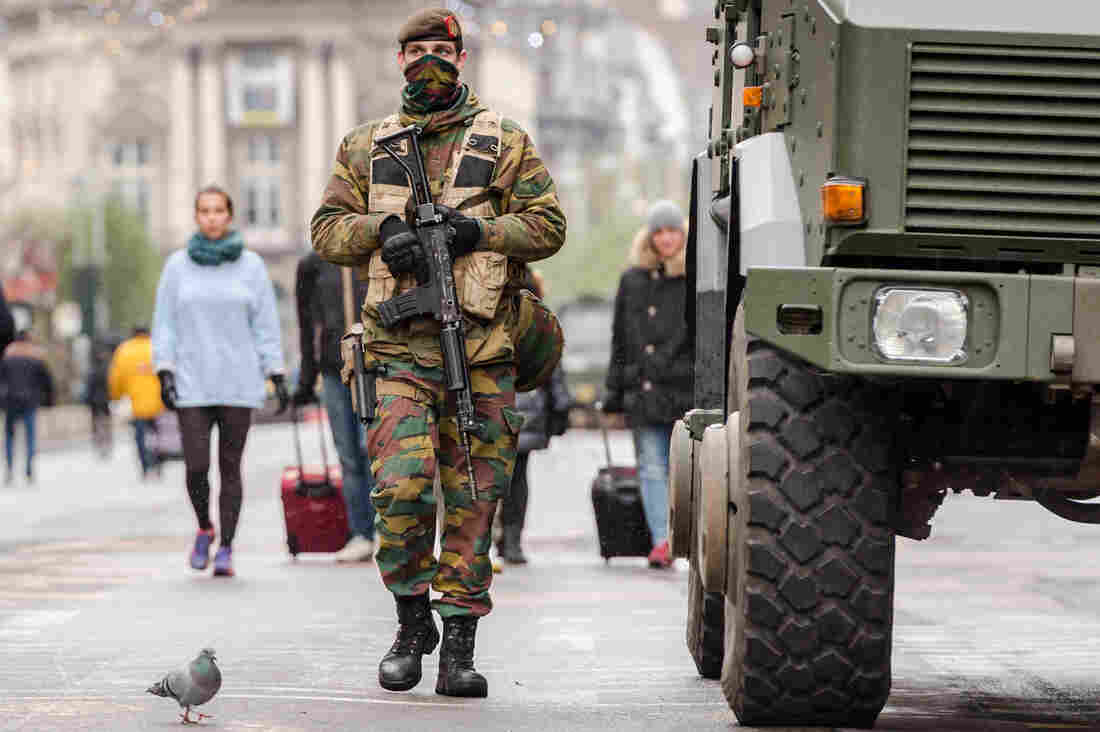 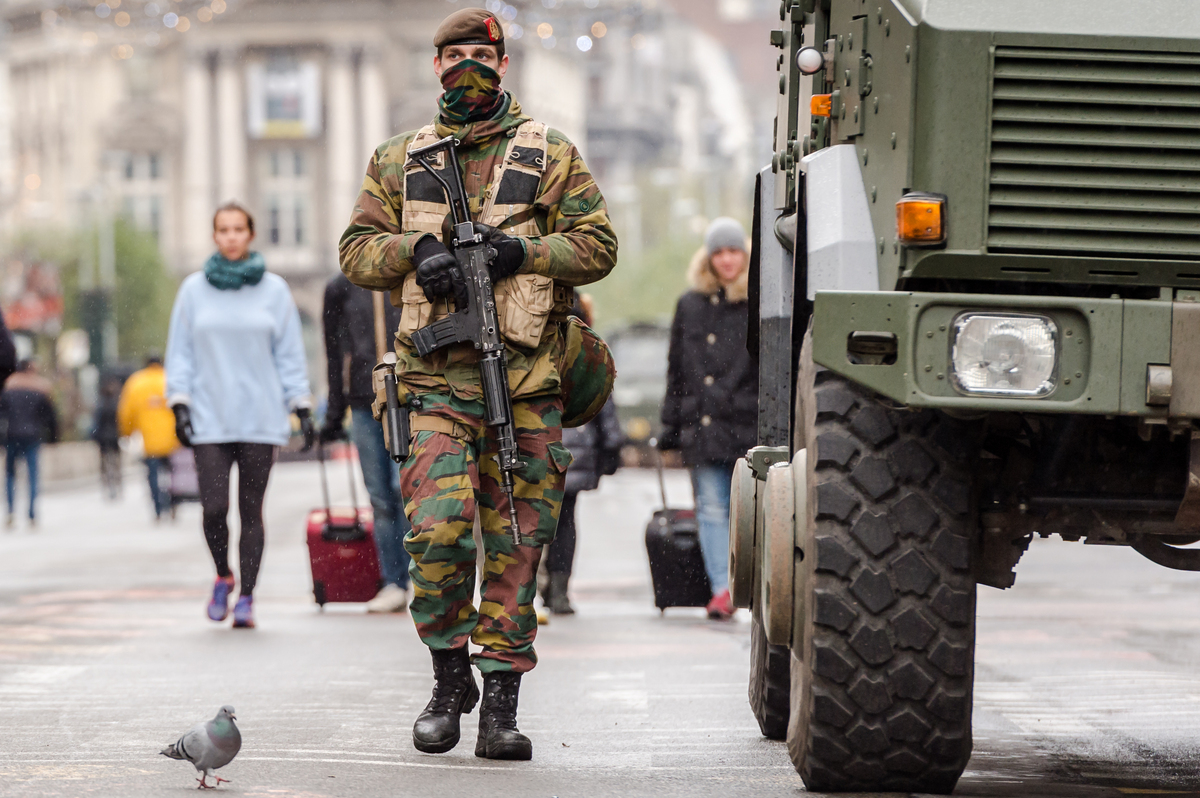 A Belgian Army soldier patrols on a main boulevard in Brussels on Sunday.

Brussels will remain in a heightened state of security until at least Monday, the country's prime minister Charles Michel said.

Schools and universities will reopen Wednesday and the subway system will begin reopening on Wednesday too. Still, said Michel, the country is still facing a "serious and imminent" threat.

Since Sunday, authorities have been carrying out raids in an attempt to stop what they suspect is planned Paris-style terrorist attack on Belgium's capital city.

So far, the government has detained 21 people in more than 20 raids across the country. NPR's Russell Lewis reports that the federal prosecutor's office says four of those people remain in custody. One of them has been charged with "participating in activities of a terrorist group and with terrorist attack."

Sunday night, police said that Salah Abdeslam, one of the main suspects of the Paris attacks, was not among those held. As we've reported, French authorities say Abdeslam played a key role in the attacks, renting the cars and hotel rooms used by some of the attackers.

"The UK prime minister said Britain stood beside France in its efforts to tackle the so-called Islamic State group.

"'It is clear that we are coming together to tackle this brutal organisation,' he said at the Elysee Palace.

"'Nous sommes solidaires avec vous,' he added in French [We are united with you]."

Cameron and Hollande also visited the Bataclan Theater to honor the 89 people who were killed there during the Paris attacks a little more than a week ago.

In a joint news conference with Hollande, Cameron added that the U.K. would do all in its power "to help our friend and ally France."

To that end, Reuters reports that Cameron will make a case to further escalate the war against the Islamic State.

Reuters reports that Cameron will ask Parliament to authorize British attacks in Syria. The U.K. is already bombing the Islamic State in Iraq. The wire service adds:

"Cameron is keen to avoid a repeat of 2013 when he lost a crunch parliamentary vote on air strikes against Syrian President Bashar al-Assad's forces.

"'The prime minister will seek support across parliament for strikes against that terrorist organization in Syria. Frankly Britain has never been a country that stands on the sidelines and relies on others to defend us,' finance minister George Osborne told BBC television on Sunday.

"'The timetable is this: In the coming week the prime minister will come to the House of Commons ... we will make the case as a government, we will allow MPs to digest that response and then we will see where we stand.'"