Accessibility links
Drug Giant Pfizer To Merge With Allergan In Deal To Lower Corporate Taxes : The Two-Way The deal will create the world's largest pharmaceutical company by sales, bringing together the makers of Viagra and Botox. 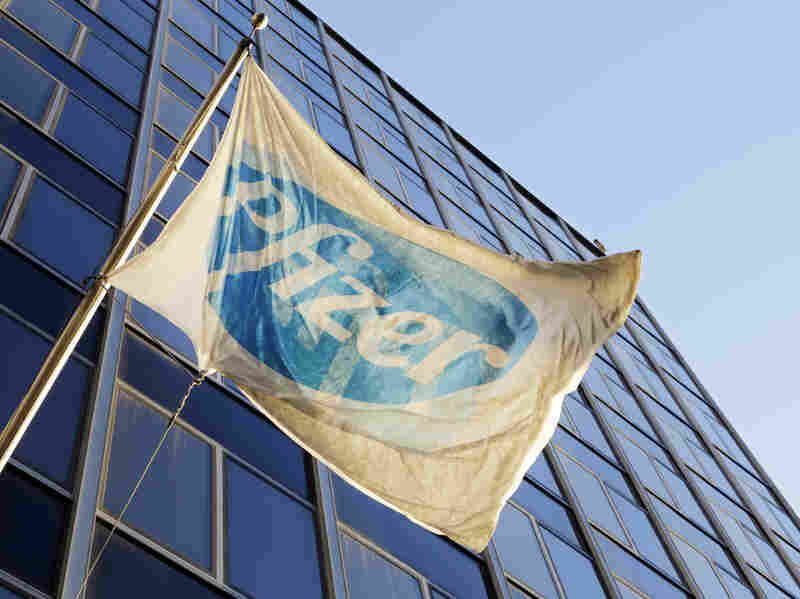 The Pfizer flag flies in front of its world headquarters in New York. Pfizer and Dublin-based Allergan will merge, creating the world's biggest drug-maker by sales. Mark Lennihan/AP hide caption 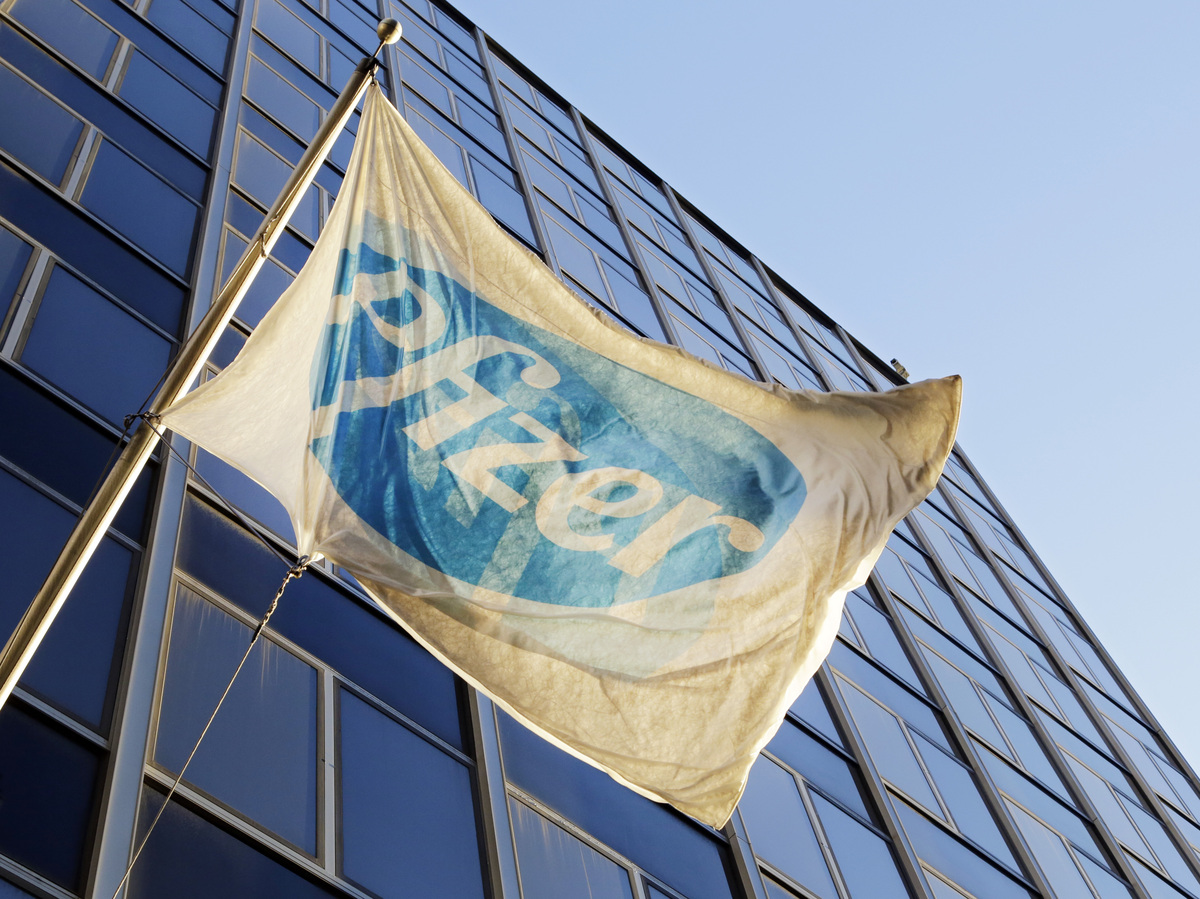 The Pfizer flag flies in front of its world headquarters in New York. Pfizer and Dublin-based Allergan will merge, creating the world's biggest drug-maker by sales.

The U.S. drug giant Pfizer and its smaller rival Allergan have agreed to merge, creating the world's biggest pharmaceutical company by sales.

The $160 billion deal is the largest example so far of a corporate inversion, in which a U.S. company merges with a foreign company and shifts its domicile overseas in order to lower its corporate taxes.

Because Allergan is based in Dublin, New York-based Pfizer can move its corporate home to Ireland, where the official tax rate is lower. But it will essentially remain the same company, with the same name, CEO and even the same stock ticker symbol.

The deal, which was approved unanimously by the boards of the two companies on Sunday, brings together the makers of Viagra and Botox, creating a drug industry powerhouse, The Wall Street Journal reports. The newspaper adds:

"The merger will create a pharmaceutical behemoth, with top-selling products including Pfizer's Prevnar pneumonia vaccine and Allergan's anti-wrinkle treatment Botox and industry-topping R&D budget. The company's drugs and vaccines would cover a range of diseases, from Alzheimer's to cancer, eye health to rheumatoid arthritis."

In a statement, Pfizer CEO Ian Read said the deal "will create a leading global pharmaceutical company with the strength to research, discover and deliver more medicines and therapies to more people around the world":

"Allergan's businesses align with and enhance Pfizer's businesses, creating best-in-class, sustainable, innovative and established businesses that are poised for growth.

"Through this combination, Pfizer will have greater financial flexibility that will facilitate our continued discovery and development of new innovative medicines for patients, direct return of capital to shareholders, and continued investment in the United States, while also enabling our pursuit of business development opportunities on a more competitive footing within our industry."

The merger is likely to be controversial and increase pressure on Congress to take on the inversion trend.

The Treasury Department proposed new rules to make inversions somewhat tougher to pull off several days ago, but the Obama administration says congressional action is needed to really address the issue.