Accessibility links
3 People In Custody In Shooting Of 5 Black Lives Matter Protesters In Minneapolis : The Two-Way Police made two arrests Tuesday afternoon. One man was later released. Two other men turned themselves over to police later in the day. 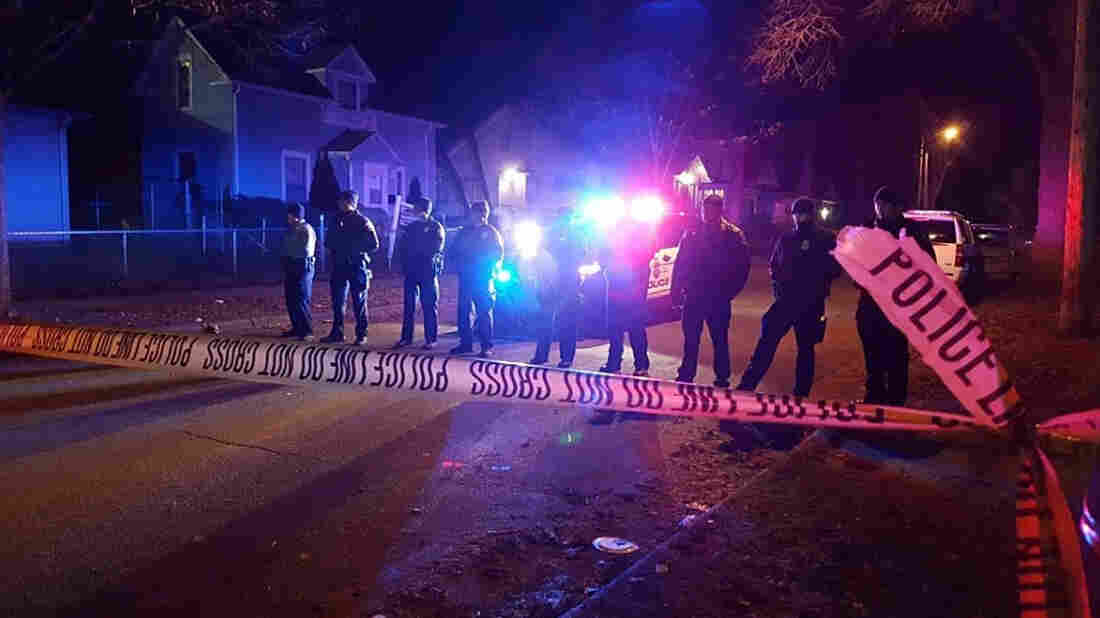 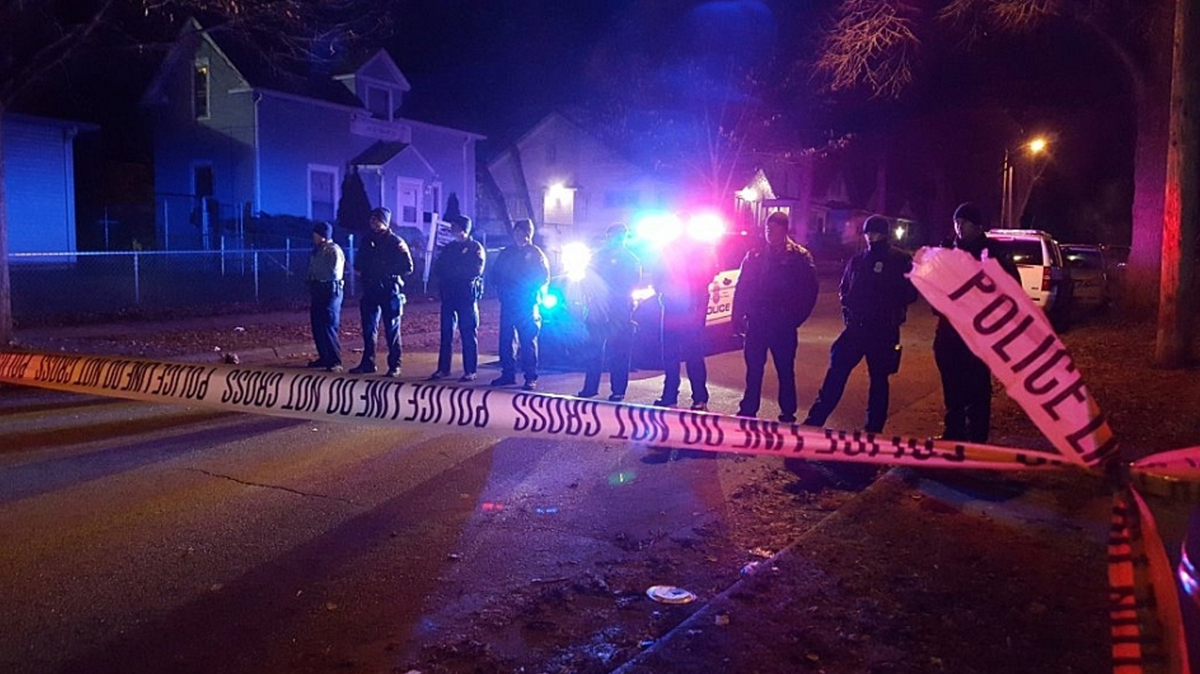 Minneapolis police cordoned off a section of road in north Minneapolis late Monday night after five people were shot.

Three people are in police custody after five people were injured last night as gunmen opened fire near the site of a Black Lives Matter protest in Minneapolis.

Early Tuesday afternoon, police arrested one man, saying in a press release: "A 23 year old white male was taken into custody in the City of Bloomington in relation to this case. His name will be released upon charging. The search for additional suspects continues."

Shortly after, another man was arrested. Minneapolis Police said he was a 32-year-old Hispanic male.

Later in the evening, Minneapolis Police said they released a man who was arrested earlier in connection to the protester shootings. Two other white men, ages 26 and 21, turned themselves in, the department said.

According to a statement posted to the Black Lives Matter group's Facebook page, the men, whom the group calls "white supremacists," opened fire after they were asked to leave and were then escorted away from the encampment.

Mark Vancleave of the Minnesota Star Tribune tweeted this video of a protester recounting the event:

Another witness told Minnesota Public Radio that three men approached the encampment and started threatening protesters. The man, the witness said, was "punched in the face by the crowd" and as they were being escorted out, they opened fire.

Minnesota Public Radio reported on the shooting and its aftermath:

"Rumors about the nature of the shootings — and the shooters — spread quickly through the encampment. Twitter feeds, using the hashtags #Justice4Jamar and #FourthPrecinctShutdown that they'd been using all week, lit up the Internet with theories of the shooters' identities and police involvement.

" 'I don't want to perpetuate rumor,' U.S. Rep. Keith Ellison, who has joined the group throughout the week-plus demonstration, said after the shootings. 'I'd rather just try to get the facts out. That's a better way to go. I know there's a lot of speculation as to who these people were. And they well could have been, I'm not trying to say they weren't white supremacists. But I just haven't been able to piece together enough information to say with any real clarity.' "

We are gunna need healers up here in the morning. #4thPrecinctShutDown

Wear all black tomorrow. 2pm at the precinct. We will not be intimidated. #4thPrecinctShutDown

As we've reported, demonstrators have set up a camp outside the Minneapolis Police Department's 4th Precinct to protest the fatal police shooting of a black man. Police say they shot Jamar Clark in the head because he interfered with paramedics who were treating his girlfriend. Demonstrators say this is yet another case of police using excessive force.