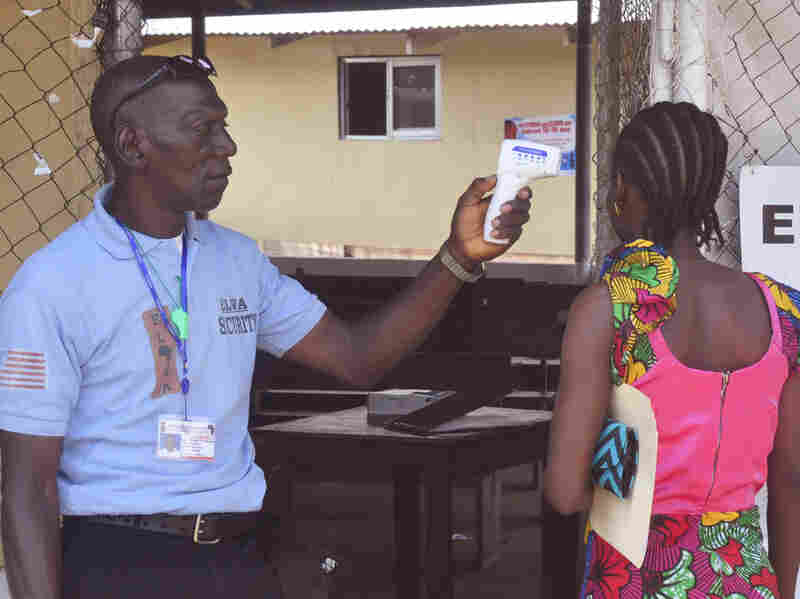 A relative of a boy who tested positive for Ebola in Liberia last week gets her temperature taken as she enters the clinic where he was being treated. Abbas Dulleh /AP hide caption 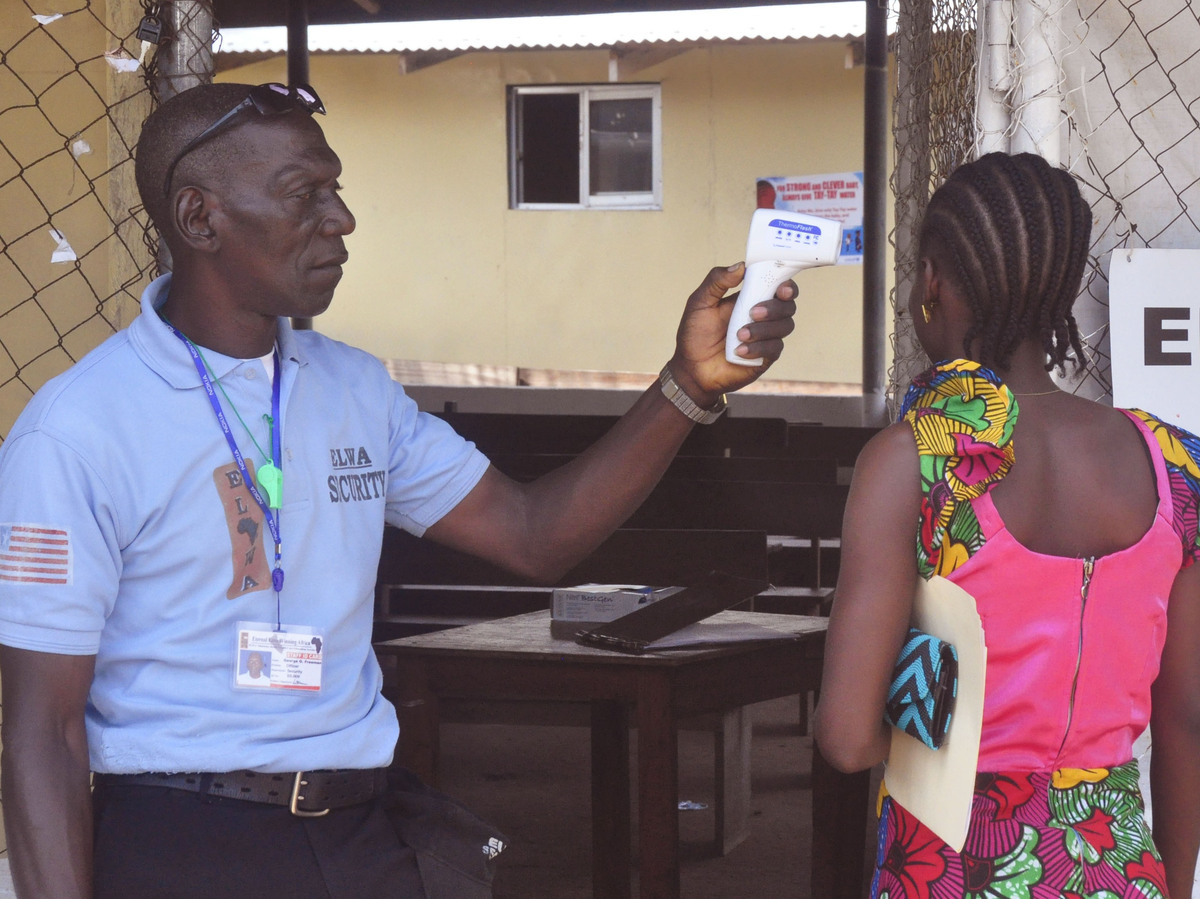 A relative of a boy who tested positive for Ebola in Liberia last week gets her temperature taken as she enters the clinic where he was being treated.

A 15-year-old boy died of Ebola in Liberia on Monday night, the first person in the country to perish from the disease since July, health officials say.

Two of the boy's family members, his father and brother, reportedly also have tested positive for the disease. The Associated Press reports: "Health officials have identified nearly 160 people who might be at risk of being infected with the disease, including eight health-care workers 'who are at high risk because they came in direct contact with the boy,' said Sorbor George, a spokesman for the country's health ministry."

Liberian officials announced a resurgence of the disease last week, for the first time since the country was declared Ebola-free on Sept. 3. Liberia also had been declared free of Ebola on May 9, but four cases subsequently were reported.

In announcing the resurgence, officials said only that a patient was admitted to a hospital in the capital of Monrovia on Nov. 17 with fever, weakness and bleeding, classic symptoms of Ebola. The patient tested positive for the disease on Thursday and was placed in isolation.

More than 11,300 people have died from Ebola since the outbreak began in March 2014, according to the World Health Organization. The fatalities have been largely concentrated in Liberia, Sierra Leone and Guinea — Liberia alone has had more than 10,600 cases, and about 4,800 people have died.

Ebola can have up to a 90 percent fatality rate if left untreated, the WHO says.

Despite the resurgence last week, Bruce Aylward, special representative for Ebola Response for the director-general of the World Health Organization, said the most recent outbreak appears to be in its last throes:

"We are in a very strong position with the epidemiology of Ebola right now, we are very close to seeing the end of that chain of transmission that began more than nearly two years ago now, in a place called Gueckedou in Guinea. We may have seen the last case associated with that chain, we won't know for another month and a half."

In some cases, Aylward said, the Ebola virus can persist in people who appear to have recovered from the disease and then be reintroduced into the broader population.