Accessibility links
Used Rocket Is A New Breakthrough For Blue Origin's Space Plan : The Two-Way Blue Origin, the space company founded by Amazon billionaire Jeff Bezos, has sent a craft past the edge of space and then landed its rocket safely – and vertically — in Texas.

It started with a boom and ended with a touchdown: Blue Origin, the space company founded by Amazon billionaire Jeff Bezos, has sent a craft past the edge of space and then landed its rocket safely – and vertically — in Texas.

The flight of the New Shepard spacecraft was the second full test of Blue Origin's system that's designed to take six humans into space before returning to Earth. The company plans to reuse both the capsule and rocket assemblies – and it calls the rocket's safe return today a "historic" achievement. In a similar test in April, the rocket failed to land safely. The craft's capsule lands via parachute.

In Monday's test, the vehicle reached an altitude of 329,839 feet (100.5 kilometers) before landing back on Earth in a controlled descent. The craft went just over the Karman Line, which designates anything over 100 kilometers above sea level as space.

"They failed to safely land the rocket part during a first test. Bezos is calling this second test a 'game-changer.'"

"Now safely tucked away at our launch site in West Texas is the rarest of beasts—a used rocket,"Bezos said. He added, "Full reuse is a game changer, and we can't wait to fuel up and fly again."

Blue Origin is well-known for being cagey about the operations at its development facility north of Van Horn in rural West Texas. News of the successful test comes after locals reported a "loud boom" in the town Monday morning, according to Marfa Public Radio. 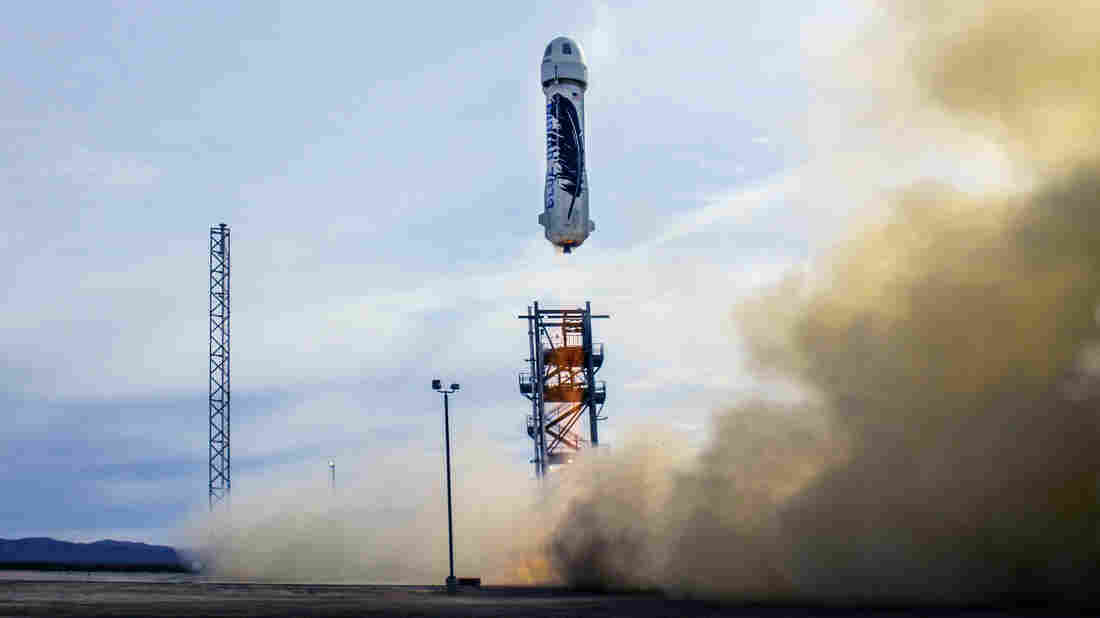 The New Shepard, seen here taking off with its capsule in place, returned to its launch site in a vertical landing after reaching an altitude of 100 kilometers. Blue Origin hide caption 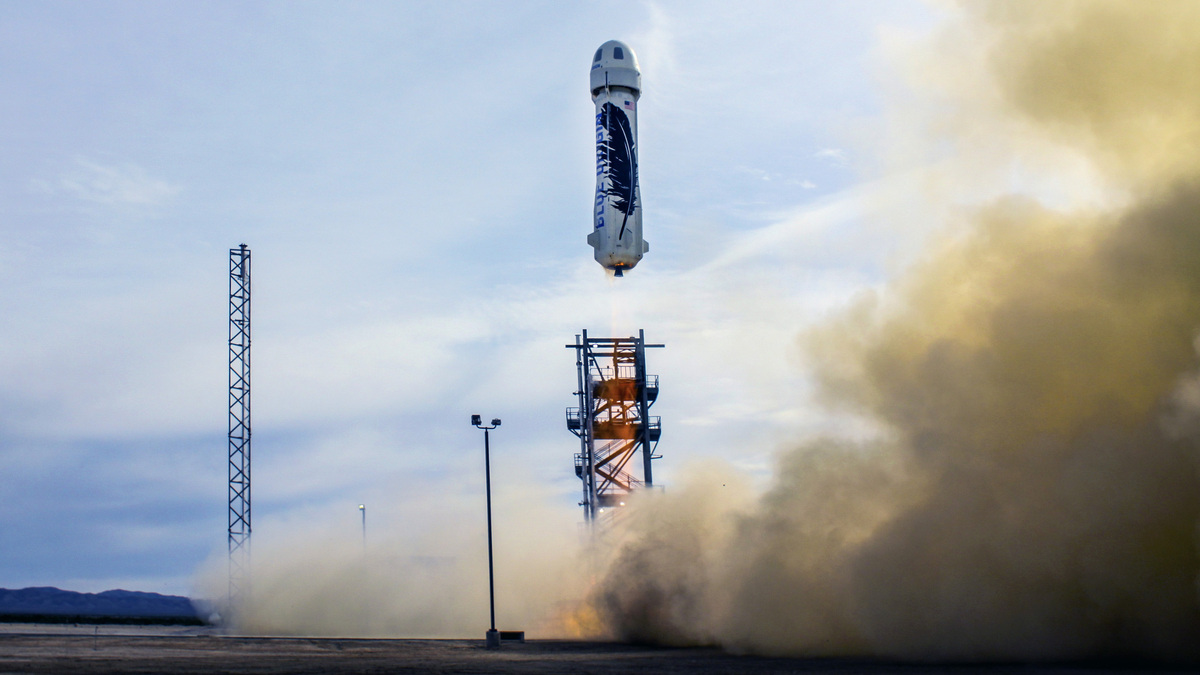 The New Shepard, seen here taking off with its capsule in place, returned to its launch site in a vertical landing after reaching an altitude of 100 kilometers.

That boom — presumably around the time of the craft's launch — may have drawn notice, but now it's the rocket's relatively quiet return that will draw the attention of competitors, such as Richard Branson's Virgin Galactic and Elon Musk's SpaceX.

As Endgadget reports, "So far, SpaceX has managed to get its own reusable booster close to its barge platform, but hasn't nailed the landing yet. Elon Musk's company does have a more daunting task, however — its Falcon 9 reusable first stage is propelling the rocket to an orbital, not suborbital altitude."

Tuesday morning, Musk noted that difference, congratulating Bezos for the successful test while also quibbling with some of the laudatory statements about it.

After tweeting, "Congrats to Jeff Bezos and the BO team for achieving VTOL on their booster," Musk sent a series of tweets saying that it's "important to clear up the difference between 'space' and 'orbit.' "

"Getting to space needs ~Mach 3," Musk said in another tweet, "but GTO orbit requires ~Mach 30. The energy needed is the square, i.e. 9 units for space and 900 for orbit."

GTO, in this case, is geostationary transfer orbit.

Musk added that his SpaceX had conducted a suborbital VTOL flight in 2013 - referring to a test that showed a test rocket rising to 250 meters before descending to a vertical landing.

And then Musk went for the broader perspective.

... with that last remark a reference to Rutan's SpaceShipOne, which conducted the first manned spaceflight by a private company 11 years ago.