Accessibility links
Tunisian President Declares State Of Emergency Following Deadly Explosion : The Two-Way The Tunisian President declared a state of emergency for 30 days and an overnight curfew following the explosion that ripped through a bus carrying presidential security on a main road in Tunis. 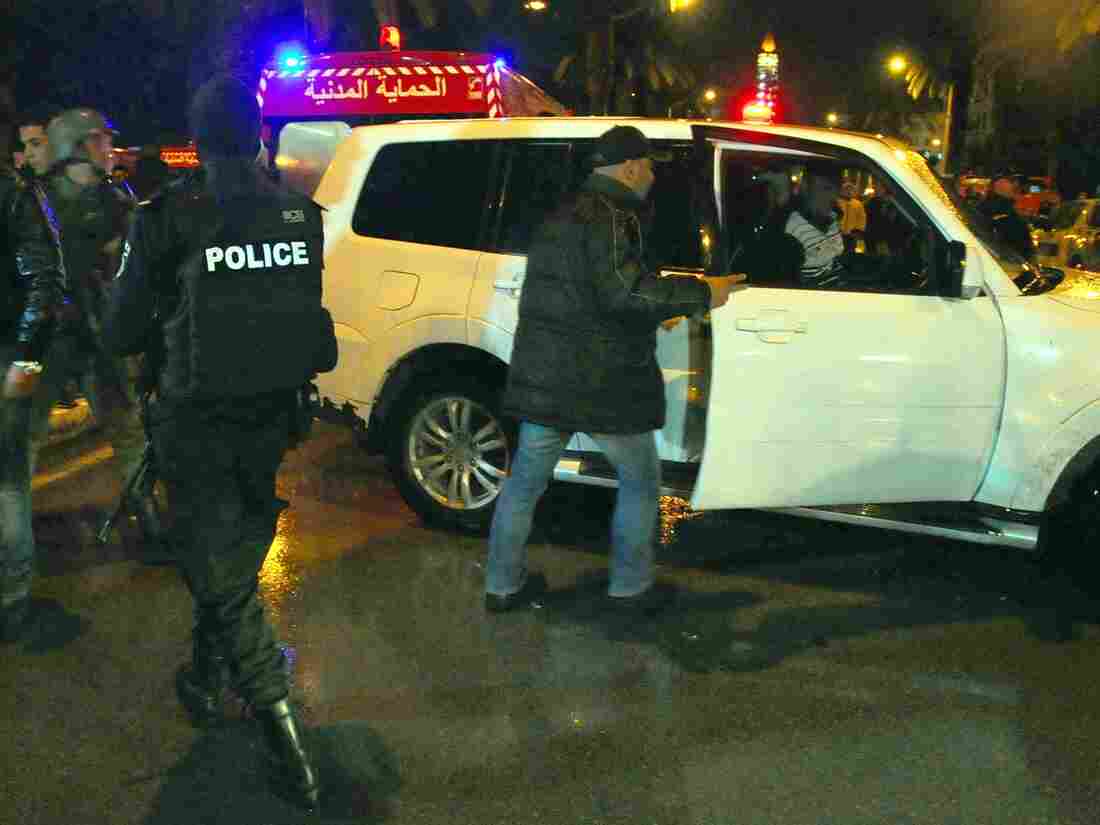 Police officers take positions as they arrive at scene of a bus explosion in the center of Tunis, the capital city of Tunisia, Tuesday. Hassene Dridi/AP hide caption 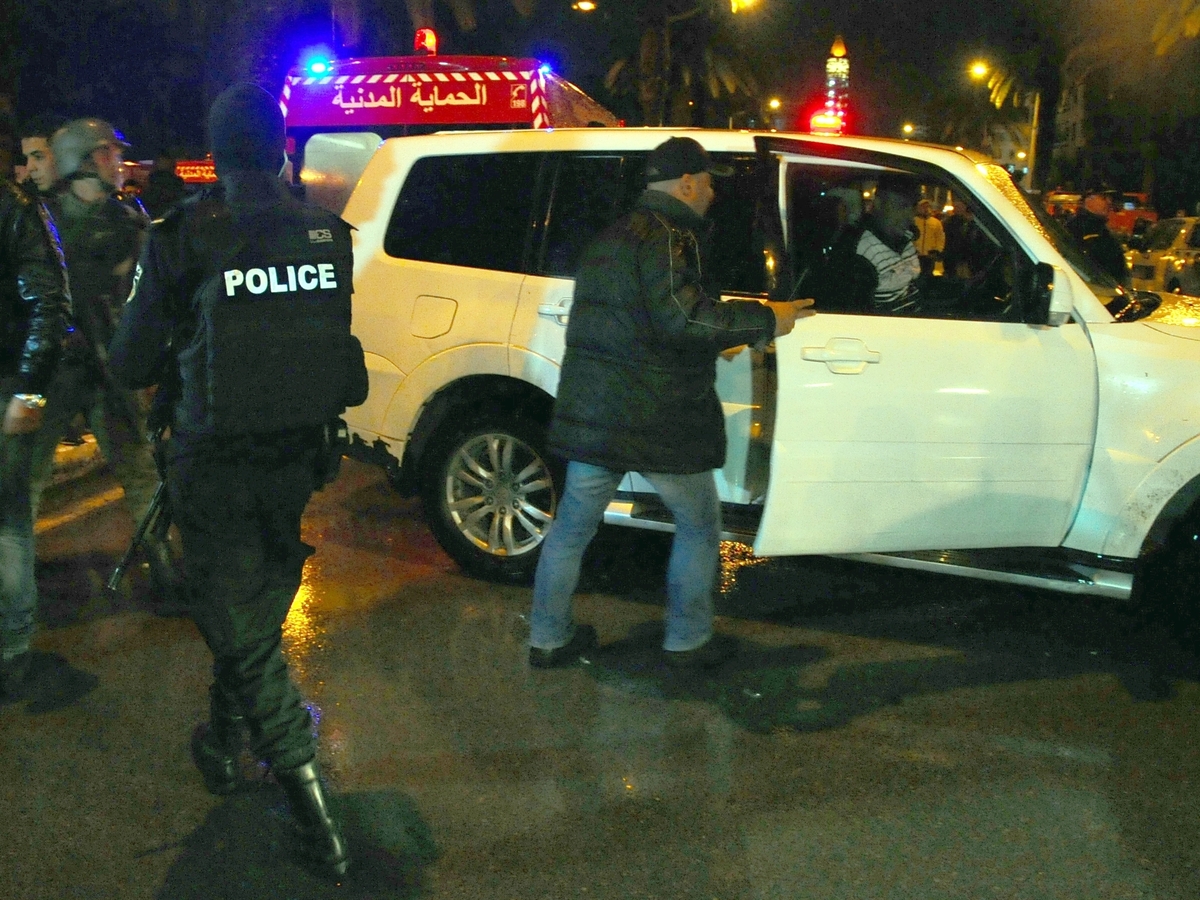 Police officers take positions as they arrive at scene of a bus explosion in the center of Tunis, the capital city of Tunisia, Tuesday.

An explosion ripped through a bus carrying presidential security in central Tunis on Tuesday, prompting the Tunisian president to issue a state of emergency for the North African country.

NPR's Leila Fadel reports that a spokesman for Tunisia's Interior Ministry said at least 11 people were killed in the attack and 17 others were wounded. The state of emergency will last for 30 days and an overnight curfew is also in place until tomorrow morning local time.

The incident occurred on one of the largest thoroughfares in the city, Mohamed V Avenue, and went off at a time when the streets were busy with people commuting home from work.

Leila adds: "It's unclear exactly what caused the blast, but Tunis has been the target of extremist attacks."

In March, militants opened fire on tourists inside the Bardo Museum, killing 24 people. And in June, a lone gunman killed more than three dozen tourists at a beach resort. The country also imposed a state of emergency after that attack, which was lifted last month, the Associated Press reports.

The news service adds that Tunisia's president has declared "war" against terrorism and urged international cooperation in fighting it.