Accessibility links
Pope Arrives In Nairobi On His First-Ever Trip to Africa : The Two-Way The pontiff is expected to address issues of religious tolerance, economic inequality and global warming while he travels through Kenya, Uganda and the war-torn Central African Republic.

Pope Arrives In Nairobi On His First-Ever Trip to Africa

Pope Arrives In Nairobi On His First-Ever Trip to Africa 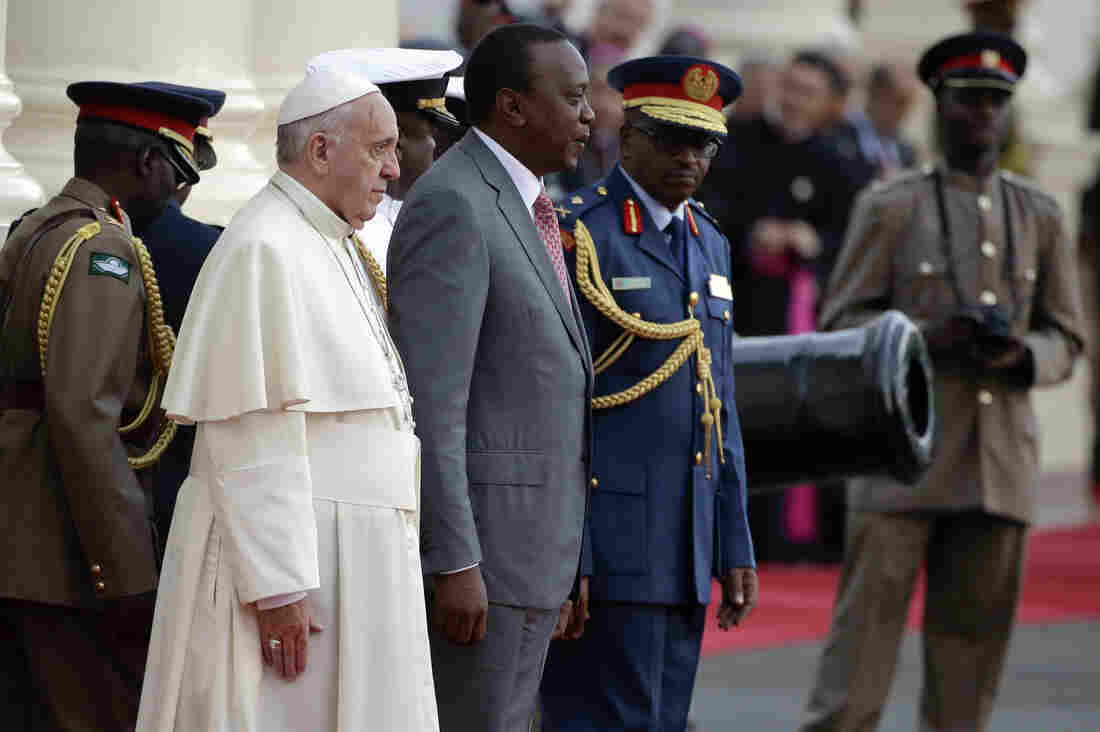 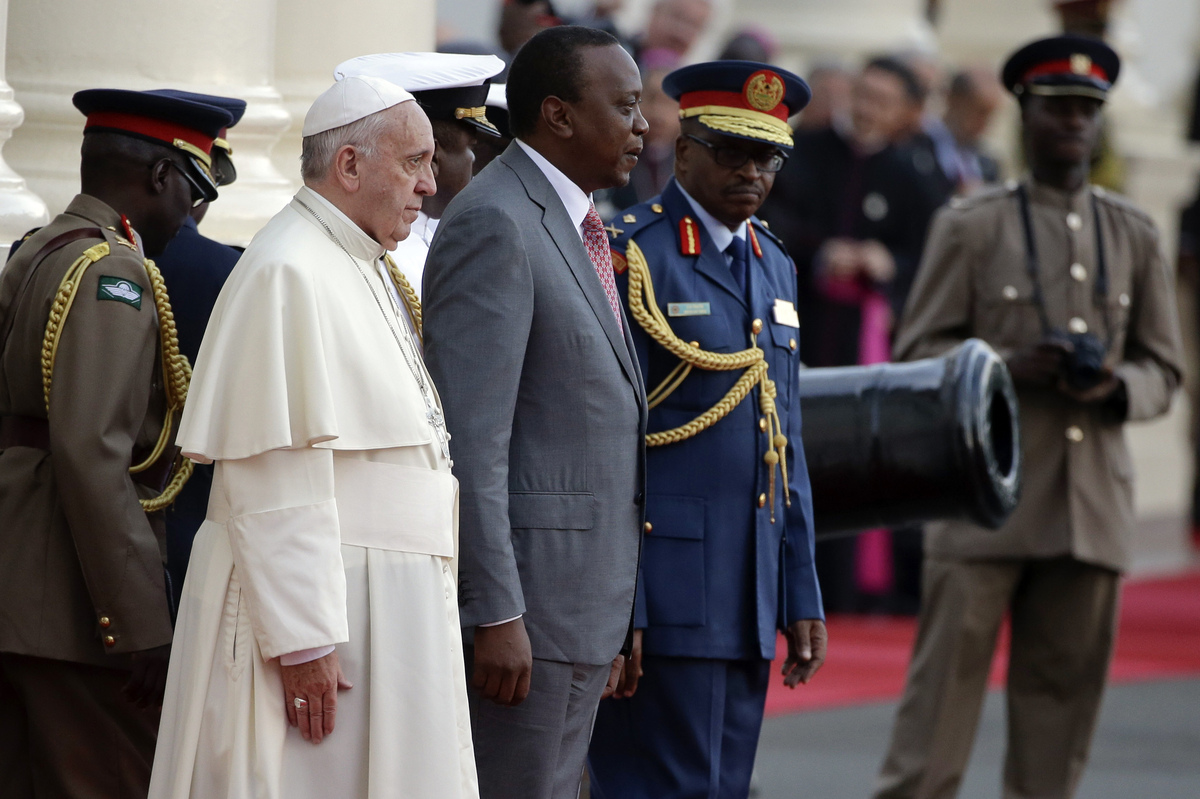 Pope Francis is greeted by Kenyan President Uhuru Kenyatta upon his arrival at Nairobi's State House on Wednesday.

Pope Francis landed in Kenya on Wednesday, beginning his first-ever trip through Africa, during which he's expected to address income inequality and religious intolerance.

The pope's six-day trip started on an inspirational note, The Associated Press reports:

"Francis was received upon arrival at Nairobi's airport by President Uhuru Kenyatta and a throng of traditional dancers and singers. ...

" 'Experience shows that violence, conflict and terrorism feed on fear, mistrust and the despair born of poverty and frustration,' he told the audience, which applauded him warmly. 'Ultimately, the struggle against these enemies of peace must be carried on by men and women who fearlessly believe in, and bear honest witness to, the great spiritual and political values which inspired the birth of the nation.' "

His visit comes as Kenya grapples with a variety of challenges, including the threat of terrorism. The city of Garissa experienced a deadly terrorist attack this April, when Islamic extremists killed more than 150 people at a mostly Christian university.

As NPR's Gregory Warner tells our Newscast unit, Francis is expected to focus on interfaith reconciliation, on the promotion of peace and on economic inequality throughout his trip. Kenyatta is facing claims of corruption at high levels in his government, and Kenya's athletic federation has been accused of siphoning money from a Nike sponsorship deal.

"It's into this climate of public recrimination that the pope arrives to preach a message of anti-poverty and national reconciliation," Gregory says. "He'll also address rising ethnic and religious tension, and the impoverishing effects of climate change, which greatly impact Africa's poorest people."

A high-profile figure such as the pope talking about poverty and peace can certainly throw a spotlight on those issues. But Dr. David Toole, a professor of divinity, ethics and global health at Duke University, tells NPR's Goats and Soda blog that it's possible for a papal visit to do much more — though the work might not always be public.

He points to Francis' recent visit to Cuba and then the U.S. at a time when those two countries are working on a diplomatic reconciliation.

"You don't always know what's happening behind the scenes during a pope visit," Toole says. "And it's always tough to say what the long-term impact of these visits will be — especially on the people."

After visiting Kenya, Francis will head to Uganda and then to the war-torn Central African Republic, a nation that has been wracked for years by fighting between Christians and Muslims.

On the flight to Nairobi, NPR's Sylvia Poggioli says reporters asked the pope if he was nervous as he traveled to regions with security issues.

His biggest concern, he said, was the mosquitoes.