Accessibility links
Why Negotiators At Paris Climate Talks Are Tossing The Kyoto Model : The Two-Way The Kyoto Protocol of 1997 didn't slow down the gradual warming of the planet. Now governments meeting for a two-week summit are trying an a la carte approach. 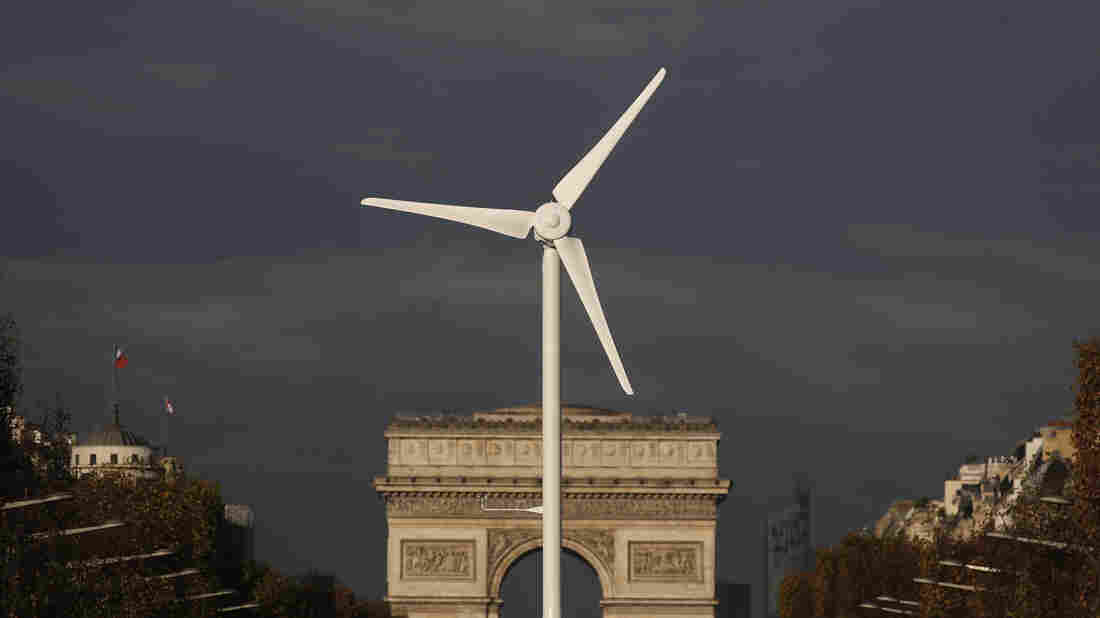 A power-generating windmill turbine is seen in front of the Arc de Triomphe on the Champs Elysees avenue in Paris ahead of the COP21 World Climate Summit, which begins Monday. Christian Hartmann/Reuters /Landov hide caption 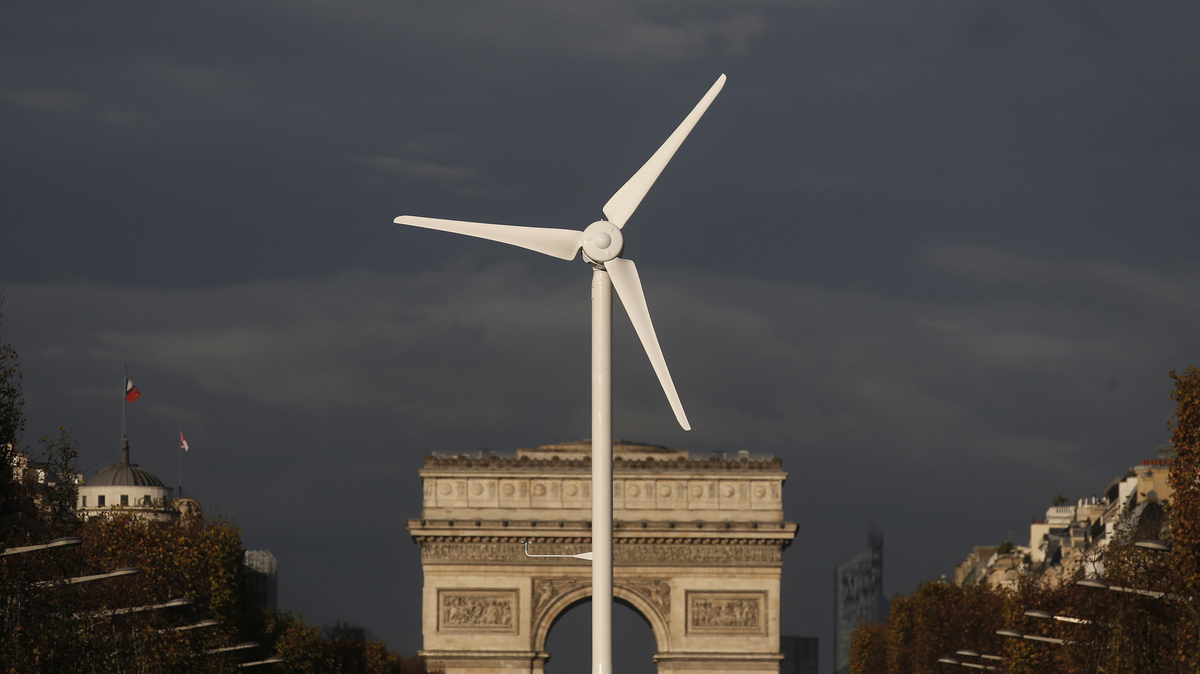 A power-generating windmill turbine is seen in front of the Arc de Triomphe on the Champs Elysees avenue in Paris ahead of the COP21 World Climate Summit, which begins Monday.

Negotiators and heads of state from nearly 200 countries are meeting for the next two weeks near Paris to craft a new treaty to slow global warming.

It's the 21st "Conference of the Parties" held by the United Nations to tackle climate change. One treaty emerged, in 1997, after the conference in Kyoto, Japan. That's no longer in effect, and, in fact, the Kyoto Protocol, as it's known, didn't slow down the gradual warming of the planet.

Now governments are ever more desperate to do something to slow warming — so much so that they've thrown out the model set in Kyoto and opted for a new approach for Paris.

Valli Moosa, a former climate negotiator from South Africa, says the main reason Kyoto failed to slow warming lies largely with who wasn't included in the treaty. "You actually cannot have a meaningful agreement without China and the United States being part of it," he says.

The U.S. Senate refused to ratify the Kyoto treaty, so the world's biggest greenhouse-gas emitter didn't have skin in the game. And developing countries, including China and India, were not required to reduce emissions. Now those countries are becoming the biggest sources of greenhouse gases as their economies thrive. China, in fact, is now the world's biggest emitter, and India isn't far behind. Moreover, the Kyoto treaty had U.N. bureaucrats and negotiators setting goals for the participating countries to lower their greenhouse gases. Many countries didn't make their targets; others dropped out. Economies were at stake, and few countries were comfortable marching to a U.N. beat.

So what negotiators are bringing to the table at the Paris talks is an arrangement whereby each country is offering to reduce its own emissions by whatever amount it can manage. And everybody participates, not just developed countries.

Most nations arrive with a reduction target already in hand. What will be difficult is deciding who will pay how much to developing countries to build economies that won't keep producing high emissions.

French negotiator Laurence Tubiana points out that the key to success is convincing governments that those economies can be "low-carbon," and that this won't be a bar to developing wealth. "How much I'm sacrificing for the sake of emissions reductions, that's no more," she says of the message that negotiators are pushing. "And now ... the Chinese, even the Indians are really coming in. It's about low-carbon economy."

Previous attempts to replace the Kyoto treaty have failed. This new approach is voluntary, and most of the world has agreed theoretically to participate, which negotiators hope will sweeten things enough to get a deal. Still to be determined, however, is who will pay for this massive revolution in the world's energy economy, and what strings will be attached to their largesse.

A previous version of this post incorrectly referred to French negotiator Laurence Tubiana as Laurent Tubiana.