Accessibility links
First Officer Implicated In Freddie Gray's Death Goes On Trial In Baltimore : The Two-Way In the city, many residents want accountability from this trial. They're eager for convictions, and some fear there will be more unrest if that doesn't happen. 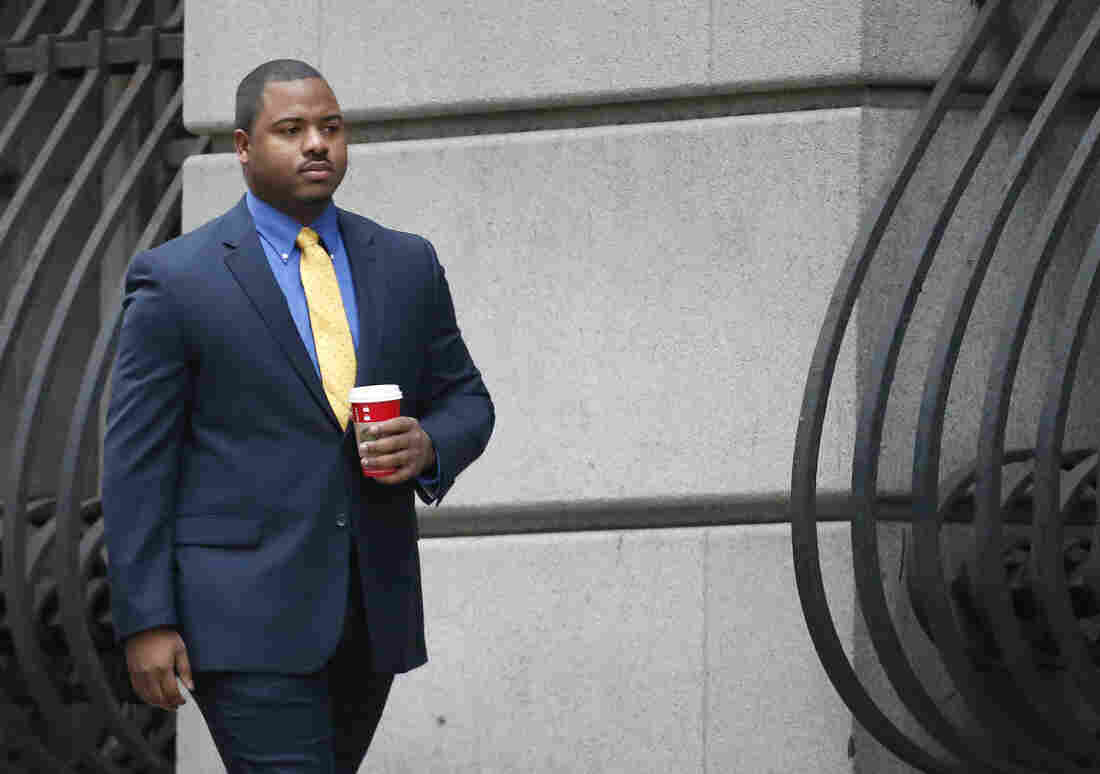 William Porter, one of six Baltimore city police officers charged in connection to the death of Freddie Gray, arrives at a courthouse for jury selection in his trial on Monday in Baltimore. Rob Carr/AP hide caption 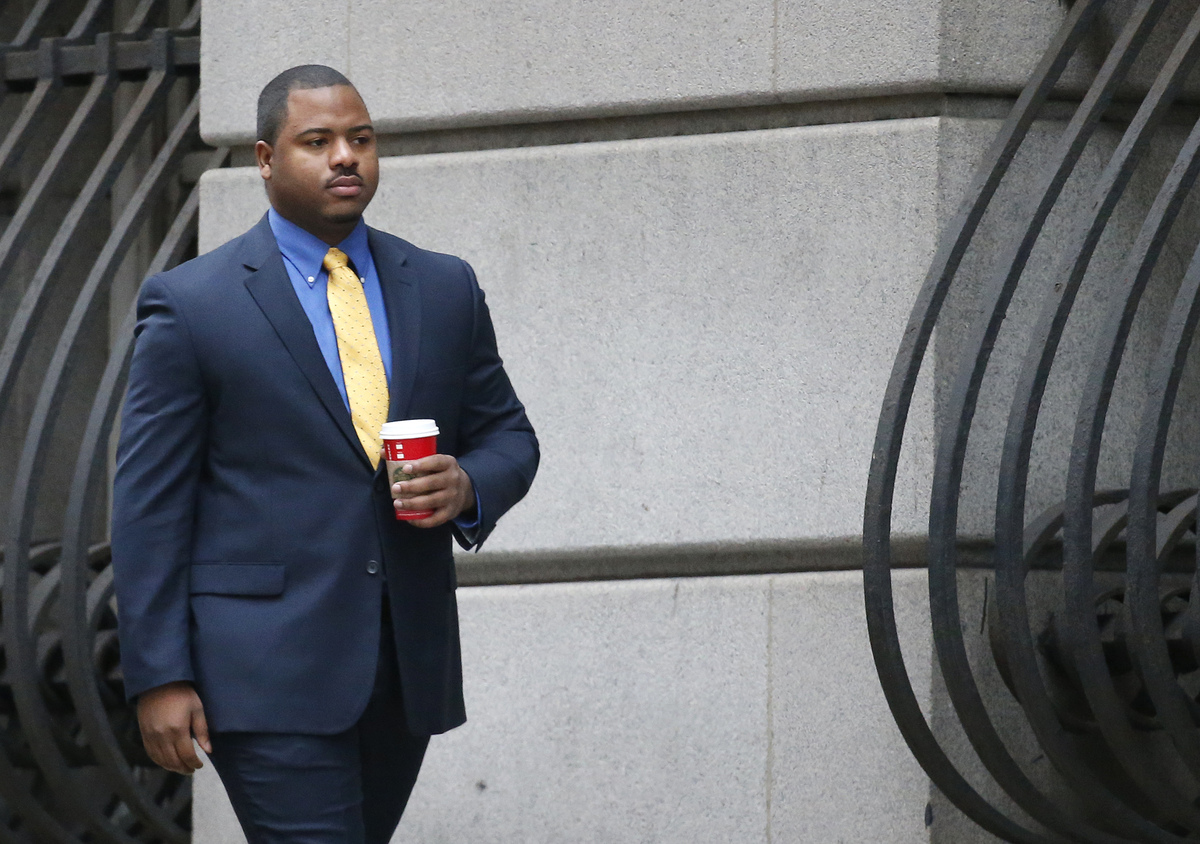 William Porter, one of six Baltimore city police officers charged in connection to the death of Freddie Gray, arrives at a courthouse for jury selection in his trial on Monday in Baltimore.

About seven months after Baltimore was rocked by a night of riots, the first police officer implicated in Freddie Gray's death is being put on trial.

As NPR's Jennifer Ludden reports, the case is being closely watched in the city, and residents believe that a lot is at stake.

"The broad sentiment is that people want to see convictions out of this trial, and they fear that there will be more unrest if that doesn't pan out," Jennifer told Morning Edition.

If you remember, Gray suffered a spine injury in the back of a police vehicle after he was arrested in April. Gray was unarmed and was never charged with a crime, but he died from his injuries a week later, sparking mass protests and a night of riots.

Prosecutors charged six officers in Gray's death in May. The trial of one of those officers, William G. Porter, begins today.

"[Porter] was called in as backup after Gray's arrest, and was present at several stops of the police paddy wagon in which the 25-year-old man was transported, handcuffed and in leg irons.

"According to charging documents, Porter was present when Gray said he couldn't breathe. The Baltimore Sun has reported that Porter told police investigators he informed the van's driver that Gray was in medical distress, though also wondered if he was faking it. Prosecutors say they are trying Porter first because he is a 'material witness' against at least two other officers.

The Washington Post reports that the trial is expected to last until mid-December and is expected to "provide fresh details about how Gray suffered a severe spinal injury while being transported in a police van."

Porter's attorneys, the Post reports, say he will likely testify during the trial.