Accessibility links
LOOK: In Paris, Artists Turn Ad Spaces Into Climate Change Protests : The Two-Way The "brandalists," as they call themselves, used commercial ad space to point out the damage they say big corporations are having on the world's environment. 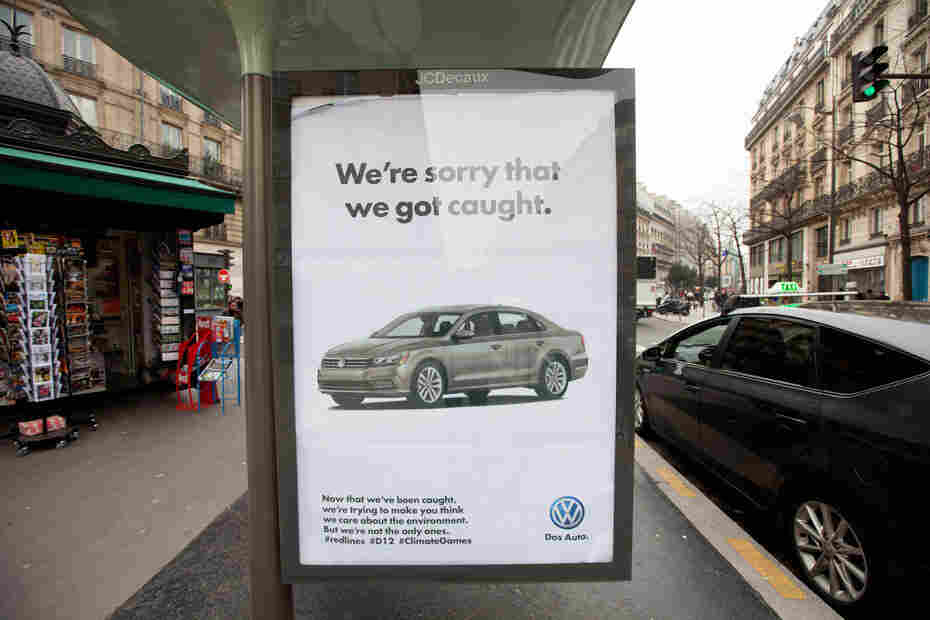 As the United Nations summit on climate change got underway in Paris, protesters have gotten much attention.

That's especially true because the French government — in response to the terrorist attacks — banned mass gatherings. Today, that attention turned from those taking to the streets and clashing with police to a subversive art campaign that is replacing outdoor advertising spots with art posters indicting big corporations for their role in climate change.

The ad reads: "Now that we've been caught, we're trying to make you think we care about the environment."

Brandalism, the U.K. outfit behind the so called "subvertising" campaign said it replaced the ads at 600 spots owned by the ad firm JC Decaux across Paris.

"We are taking their spaces back because we want to challenge the role advertising plays in promoting unsustainable consumerism," Joe Elan from Brandalism said in a statement. "Because the advertising industry force feeds our desires for products created from fossil fuels, they are intimately connected to causing climate change."

We've reached out to JC Decaux for comment but have not heard back. We'll update this post as soon as they respond.

With that, we'll leave you with a few more of the posters: 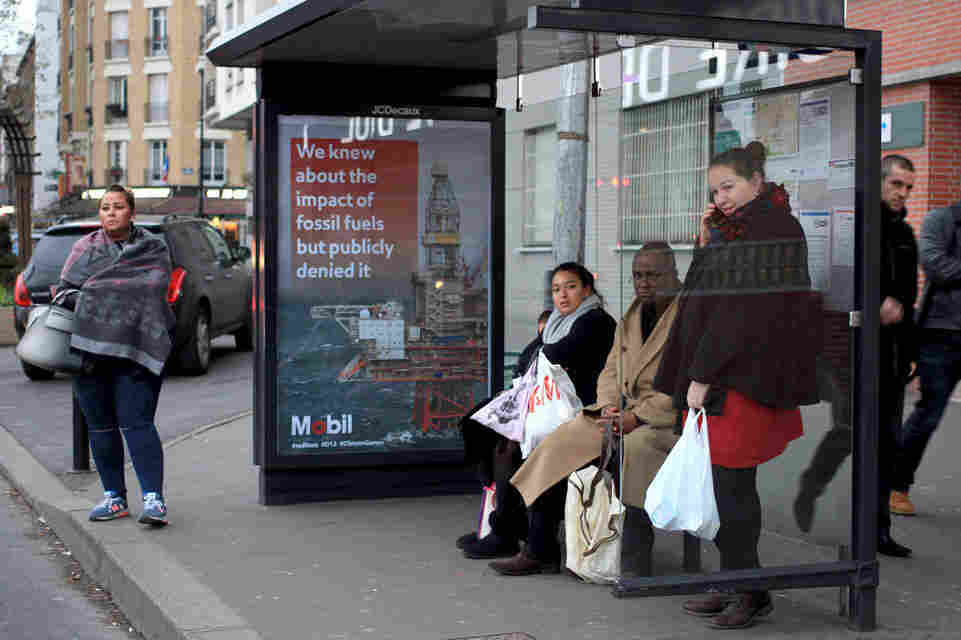 Bus riders wait in a bus shelter that has been co-opted by a group of artists to protests big businesses' role in climate change. Branbrook hide caption 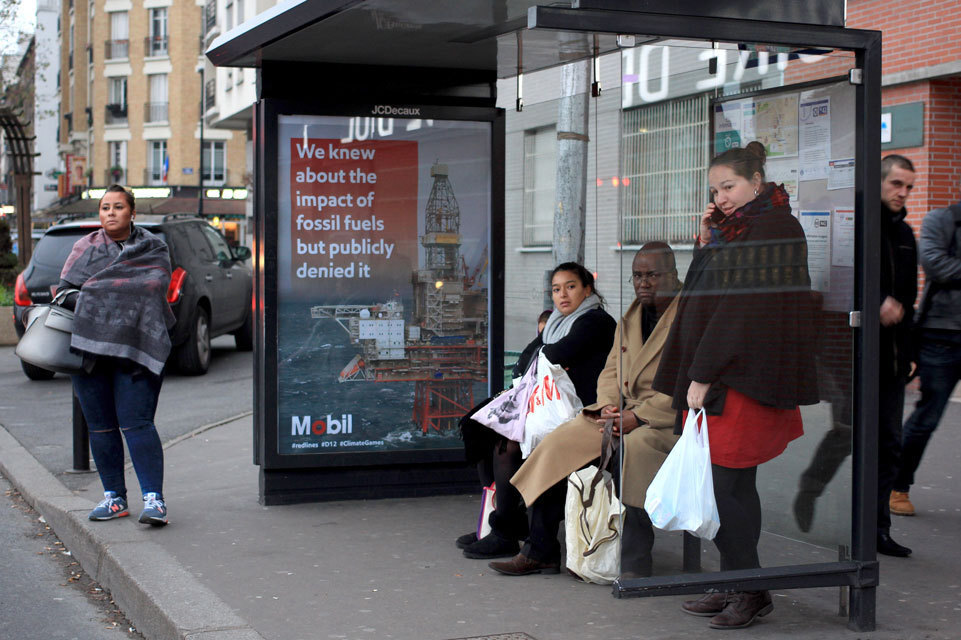 Bus riders wait in a bus shelter that has been co-opted by a group of artists to protests big businesses' role in climate change. 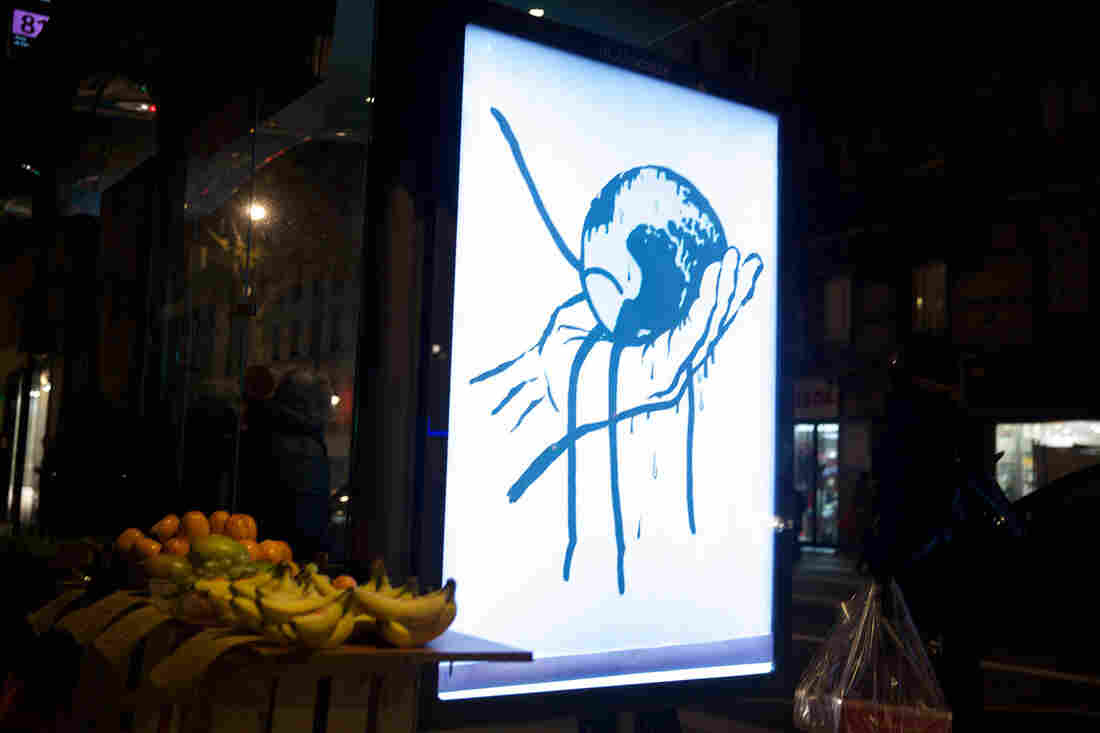 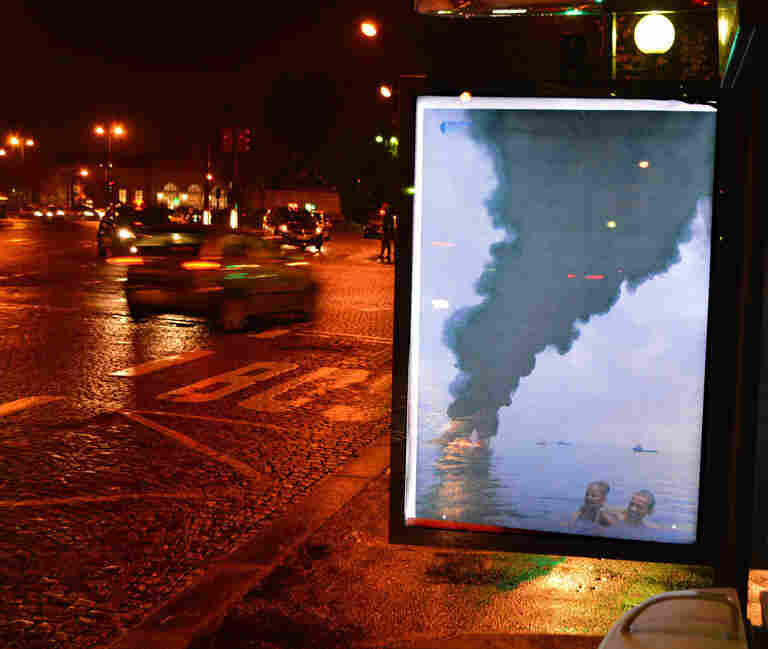 An image of President Obama and his daughter is juxtaposed with an image of a burning oil spill. Brandalism hide caption