Accessibility links
Amid Criticism, Chicago Mayor Announces Police Accountability Task Force : The Two-Way Mayor Rahm Emanuel has been under criticism for his handling of police misconduct, especially in the wake of the shooting death of a black teenager. 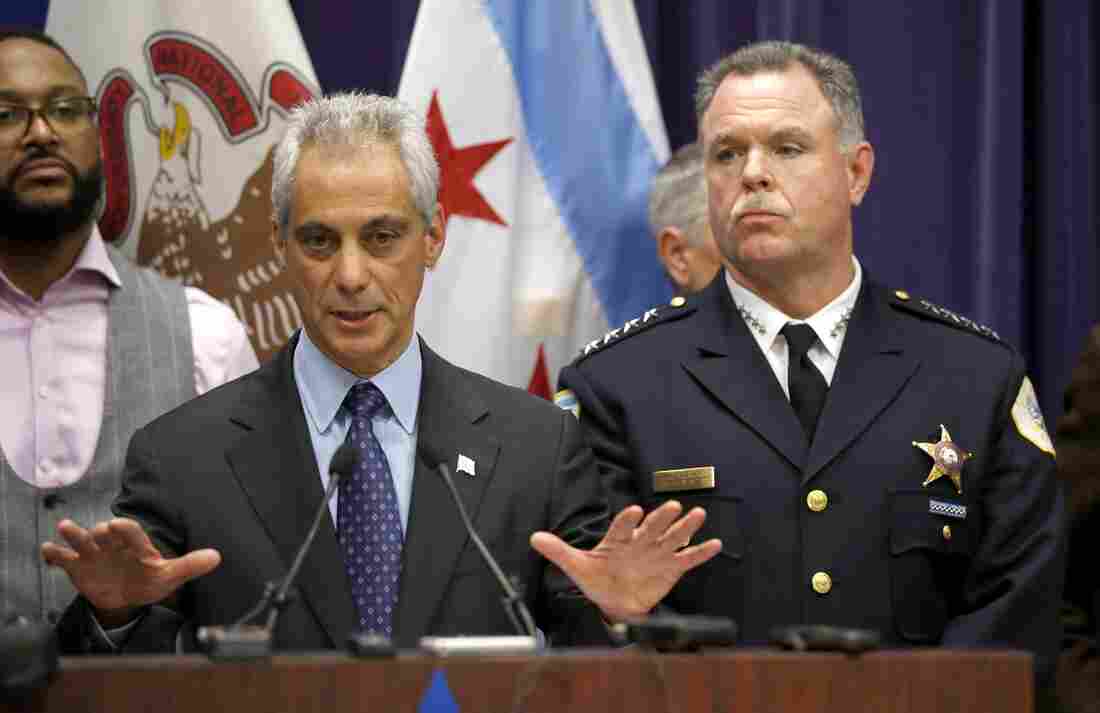 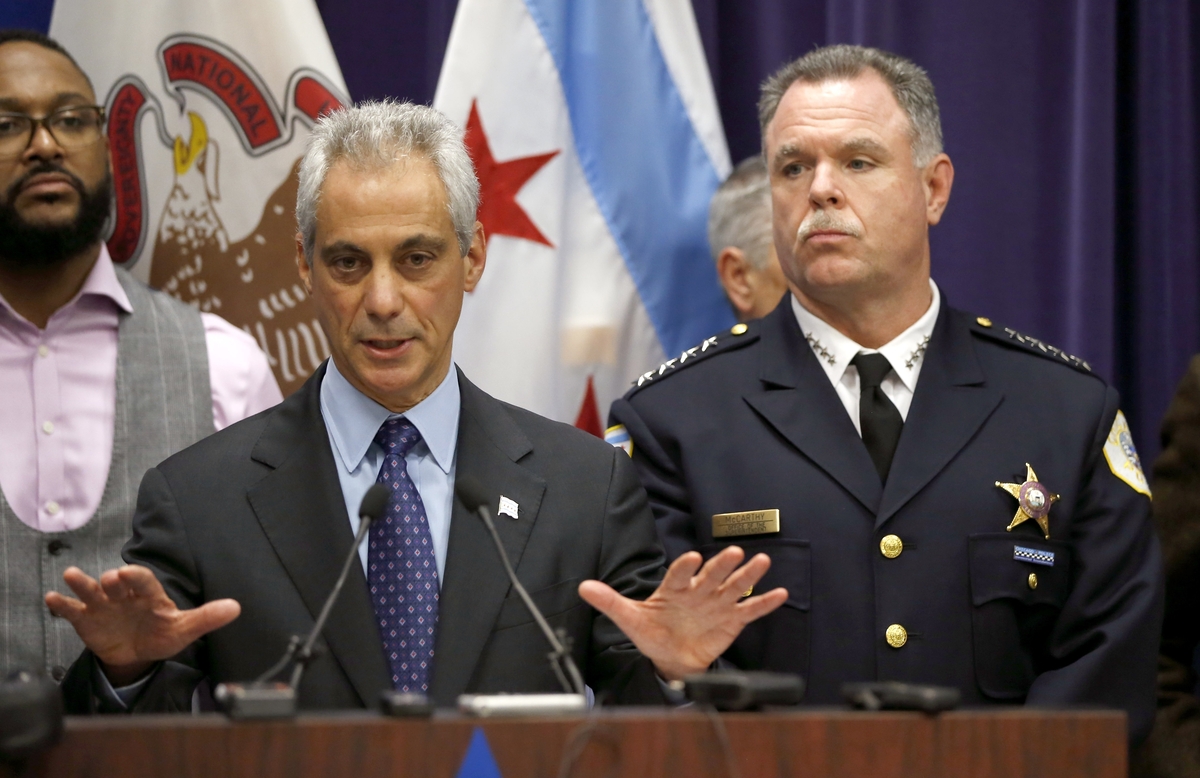 In a press release, the mayor's office said the task force "will review the system of accountability, training and oversight that is currently in place for Chicago's police officers."

Of course, this comes about a week after a court order forced the city to release video showing the police shooting death of 17-year-old Laquan McDonald.

The video shows Officer Jason Van Dyke shoot McDonald 16 times shortly after Van Dyke stepped out of his vehicle. Right before the video's release, prosecutors announced they would charge Van Dyke with murder.

Since then protesters have taken to the streets, and many — including the editorial board of the Chicago Sun-Times — have called on Police Superintendent Garry McCarthy to quit or for Emanuel to fire him.

"Appointing a committee to look into an issue is a tried-and-true tactic elected officials long have employed to buy time and breathing room when faced with a scandal or crisis. In this case, Emanuel will give the yet-to-be-named panel four months to make recommendations for changes in the city's police department.

"Calling for a task force is unlikely to alleviate repeated calls for McCarthy's firing or tamp down the #resignrahm hashtag that has surged on social media in recent days. But it gives Emanuel something else to talk to reporters and the public about other than the viral video of 17-year-old Laquan McDonald being shot repeatedly by officer Jason Van Dyke, much of it while the teenager lay prone in the middle of Pulaski Road on the Southwest Side.

"Fueling the firestorm is the fact that Emanuel fought for the better part of a year not to release the police dashboard camera video of the shooting. It wasn't until a Cook County judge ruled earlier this month that Emanuel and his administration had violated the state's open records law and ordered the video to be released to the public that the mayor agreed to do so."