Accessibility links
Mark Zuckerberg And Priscilla Chan Have Baby, Promise To Give Away Fortune : The Two-Way The CEO of Facebook and his wife have announced the birth of their baby girl Max, and committed to giving 99 percent of their shares in the company for philanthropic purposes. 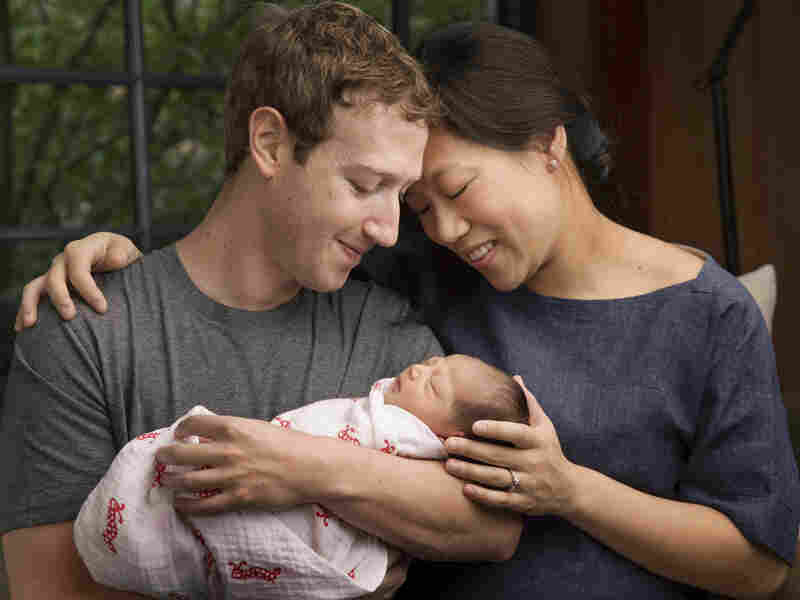 Max Chan Zuckerberg's parents are marking her birth by promising to give most of their Facebook shares to good causes over their lifetimes. The family is pictured in this photo provided by Mark Zuckerberg. Uncredited/AP hide caption 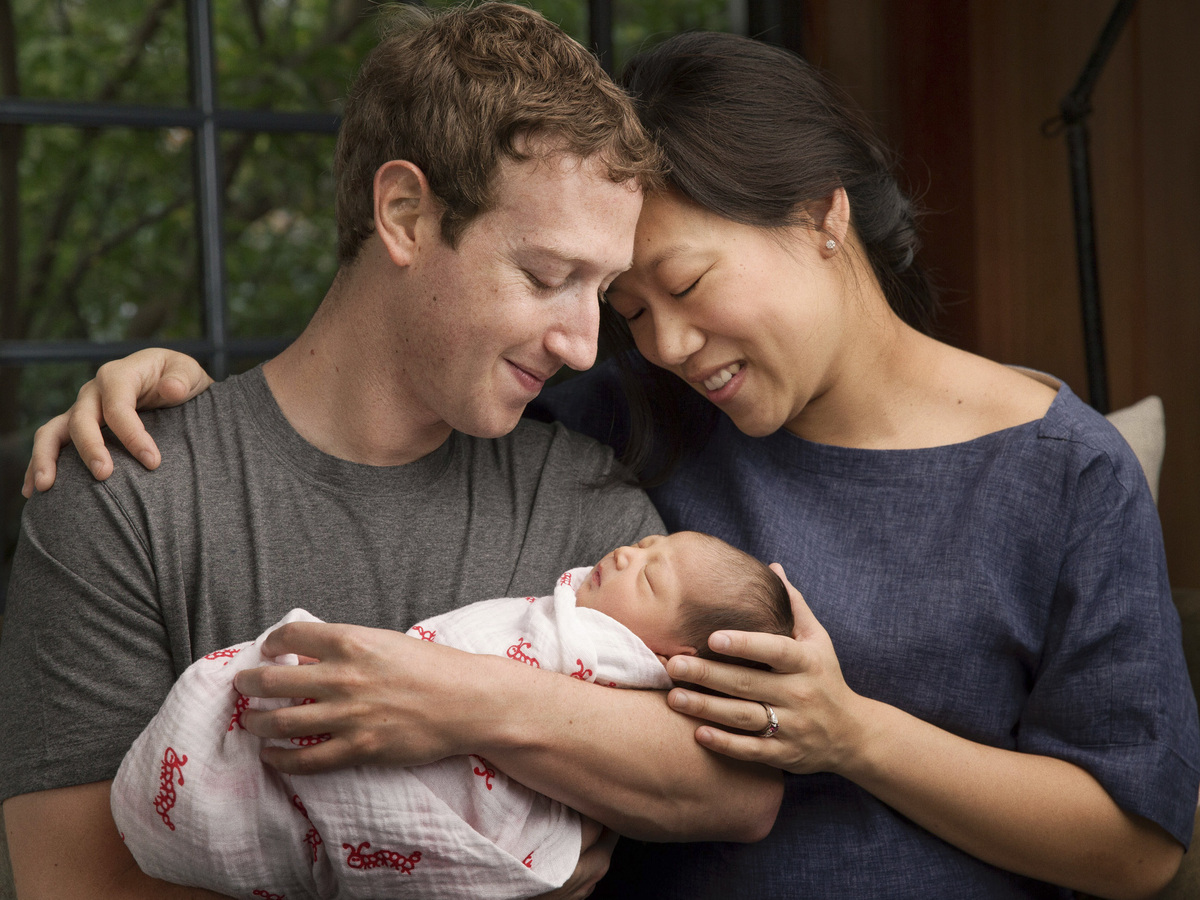 Max Chan Zuckerberg's parents are marking her birth by promising to give most of their Facebook shares to good causes over their lifetimes. The family is pictured in this photo provided by Mark Zuckerberg.

Mark Zuckerberg is a dad! And he's marking the birth of his first child (and #GivingTuesday) with a promise to give away 99 percent of his shares in Facebook to make a brighter future.

In an open letter to Max, their newborn daughter, Zuckerberg, 31, and his wife Dr. Priscilla Chan, 30, pledged to give 99 percent of their shares in Facebook — worth about $45 billion today — over the course of their lifetime.

The letter has a sweeping vision, traversing social and political issues that are controversial. Zuckerberg writes:

"If you have to wonder whether you'll have food or rent, or worry about abuse or crime, then it's difficult to reach your full potential.

"If you fear you'll go to prison rather than college because of the color of your skin, or that your family will be deported because of your legal status, or that you may be a victim of violence because of your religion, sexual orientation or gender identity, then it's difficult to reach your full potential."

He then emphasizes how investments in technology in particular can solve these problems. He writes: "People often think of the internet as just for entertainment or communication. But for the majority of people in the world, the internet can be a lifeline."

According to analyst estimates, for every 10 people who gain Internet access, one new job is created and one person is lifted out of poverty.

Call it a bit of a techno-utopian view of the world. It's the mantra he's been repeating since the creation of Internet.org, another major philanthropic effort he's made as CEO of Facebook.

According to an SEC filing, he and his wife are establishing a new entity, the Chan Zuckerberg Initiative, LLC, to manage the money. Zuckerberg says he will control the voting and disposition of any shares held by such entity.

Zuckerberg does not plan to leave Facebook. He writes he will remain CEO for "many, many years to come." He plans to sell or gift no more than $1 billion of Facebook stock each year for the next three years and will retain his majority voting position for the foreseeable future.

The young billionaire is not the first to make such a sweeping philanthropic gesture. Microsoft founder Bill Gates, along with his wife Melinda, launched one of the largest private foundations in the world, with an endowment in 2014 of $44 billion. In 2006, Warren Buffett promised to gradually give away all of his Berkshire Hathaway stock.

All three have signed the Giving Pledge, a commitment by the uber-wealthy to dedicate most of their wealth to philanthropy (just to be clear, the chief of Uber is not a signatory).