Accessibility links
EU Investigating Tax Deal Between Luxembourg, McDonald's : The Two-Way Regulators say Luxembourg has allowed the fast-food giant to pay virtually no taxes on its European profits since 2009. 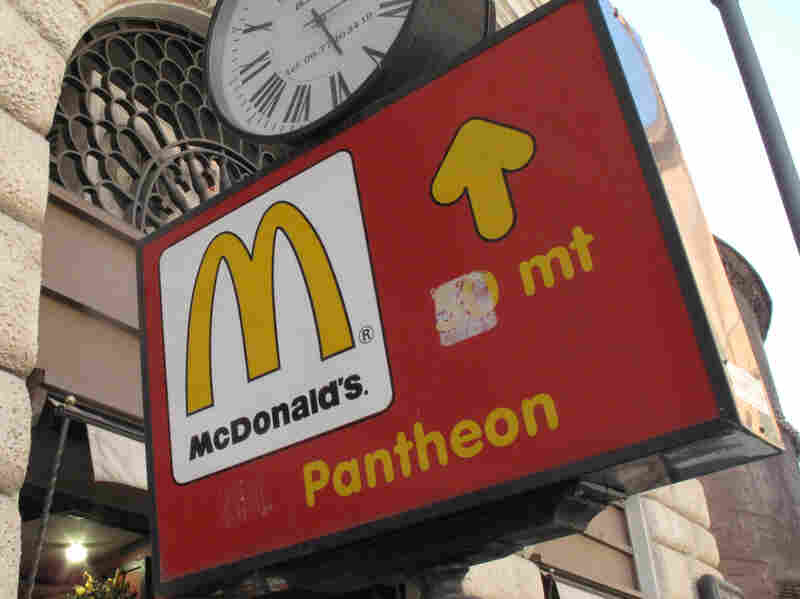 A sign points to a McDonald's restaurant in Rome in 2011. Regulators say the restaurant chain essentially has avoided paying taxes on its European profits for years. Amy Sancetta/AP hide caption 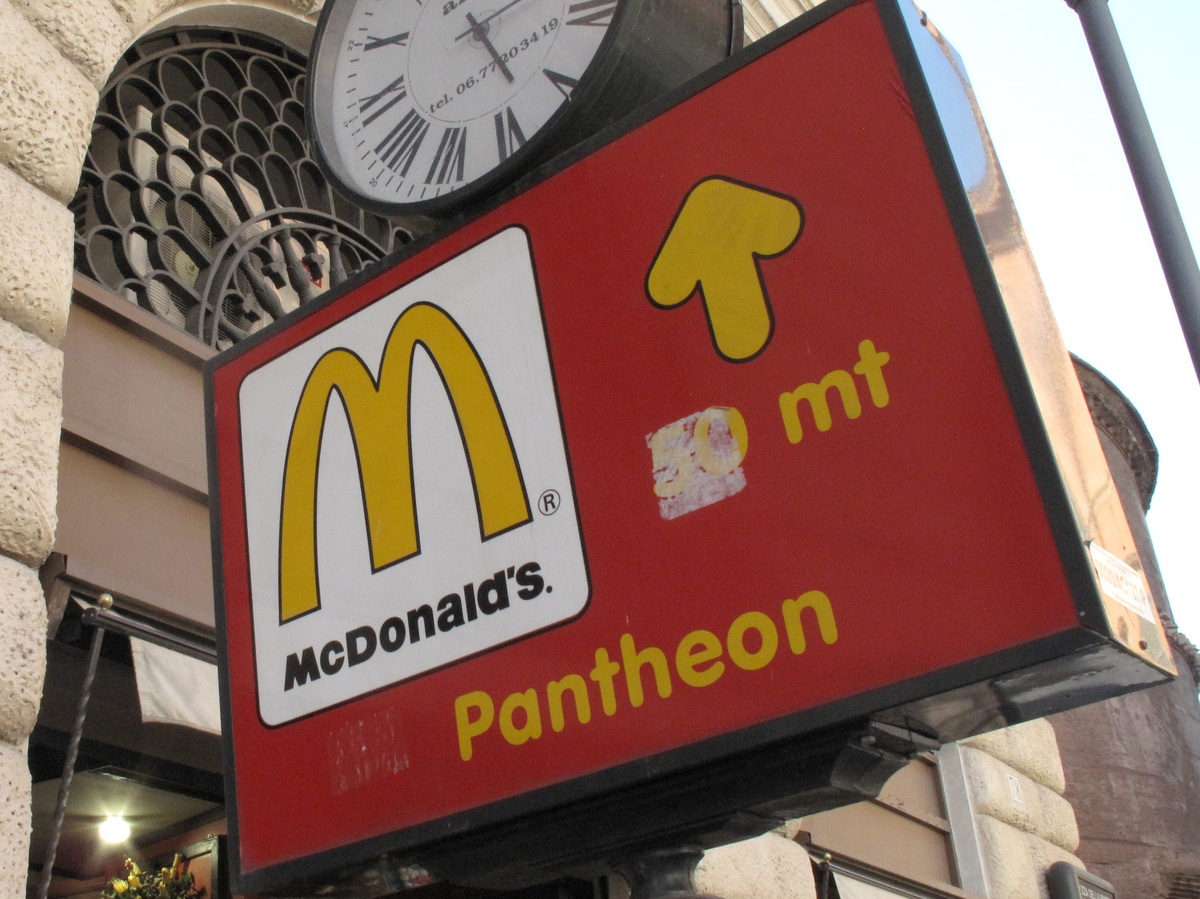 A sign points to a McDonald's restaurant in Rome in 2011. Regulators say the restaurant chain essentially has avoided paying taxes on its European profits for years.

European regulators have launched an investigation into Luxembourg's tax treatment of McDonald's, saying the fast-food giant's franchise office has paid virtually no taxes on franchise profits it earned in Europe and Russia since 2009.

It's the latest in a series of investigations into corporate tax avoidance schemes by the European Commission, which has also targeted Starbucks and Apple.

"A tax ruling that agrees to McDonald's paying no tax on their European royalties either in Luxembourg or in the U.S. has to be looked at very carefully under EU state aid rules," said Commissioner Margrethe Vestager, who heads the European Commission's competition bureau.

Regulators say authorities in Luxembourg, where McDonald's Europe Franchising office is located, determined in March 2009 that the company should be exempt from corporate taxes because its profits were also taxed in the United States.

The company was required to submit proof every year that it actually paid US taxes on its profits, according to the statement. It stated:

A subsequent ruling by Luxembourg in September 2009 said McDonald's no longer even had to submit proof it was paying U.S. taxes.

Since then, the company has paid no taxes on virtually all of its European income, despite hefty profits of 250 million euros in 2013 alone, the E.C. said. Investigators will determine whether this gave McDonald's an unfair advantage over its competitors, violating European law.

In a statement e-mailed to NPR, McDonald's said the allegations it paid no taxes are untrue:

"McDonald's complies with all tax laws and rules in Europe and pays a significant amount of corporate income tax. In fact, from 2010-2014, the McDonald's Companies paid more than $2.1 billion just in corporate taxes in the European Union, with an average tax rate of almost 27%.

"Additionally, we pay social, real estate and other taxes. Our independent franchisees, who own and operate approximately 75% of our restaurants in Europe, also pay corporate tax and many other taxes.

"We are subject to the same tax laws as other companies and are confident that the inquiry will be resolved favorably."

Luxembourg said it gave no special tax treatment to Europe, but said it would cooperate with the investigation.

The McDonald's probe is the latest in a series of investigations by Europe into possible tax avoidance by large multinationals.

In October, the E.C. ordered Starbucks and Fiat to pay millions of dollars in back taxes, ruling that the companies benefited from illegal tax arrangements with the Netherlands and Luxembourg.

Regulators are also expected to release the results of investigations into alleged tax avoidance by Apple and Amazon next year.