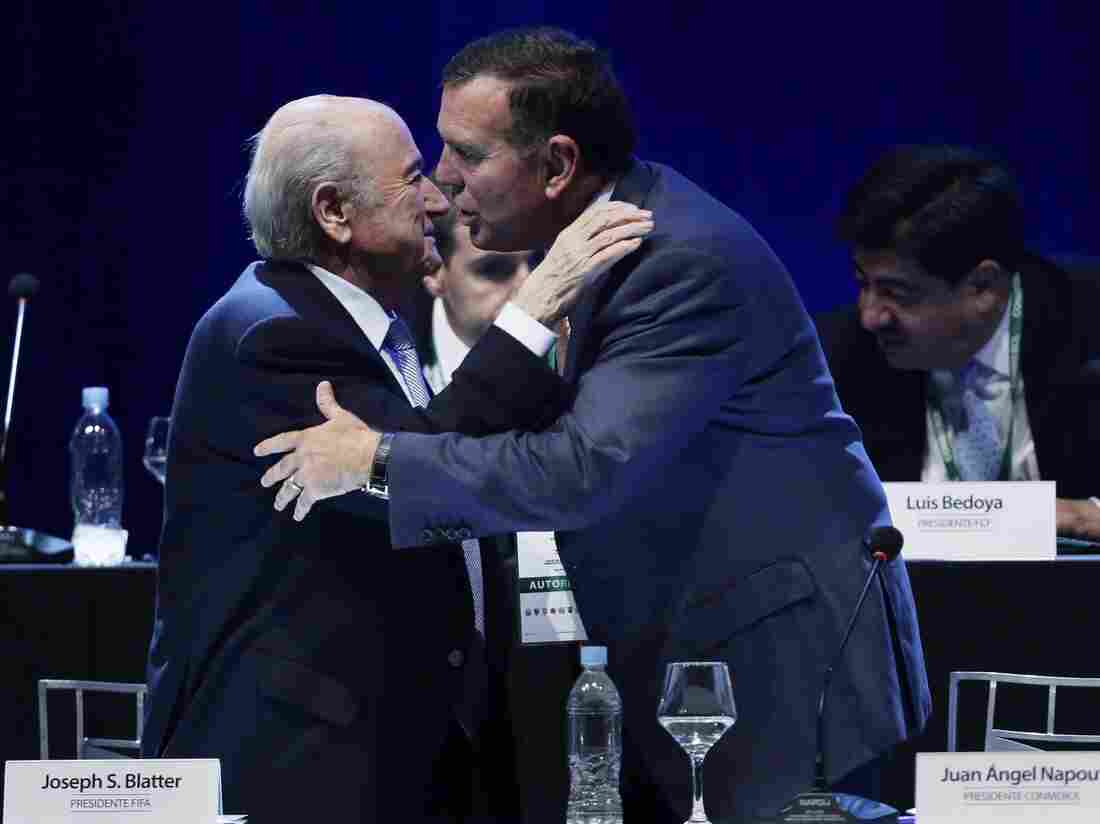 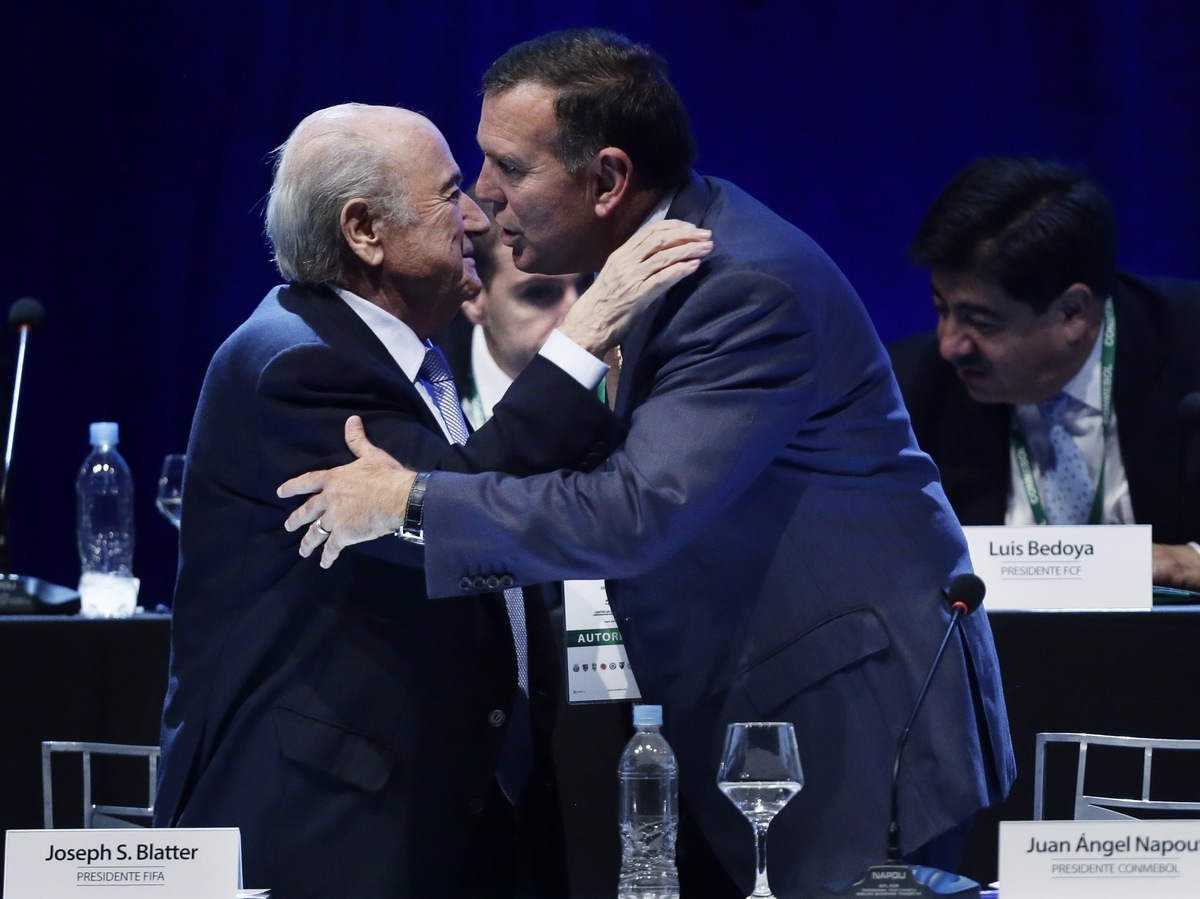 Swiss police, on behalf of U.S. authorities, arrested two FIFA vice presidents, Alfredo Hawit of Honduras and Juan Angel Napout of Paraguay, in a dawn raid at a hotel in Zurich on Thursday. Hours later, U.S. Attorney General Loretta Lynch announced that a federal grand jury in Brooklyn, N.Y., had returned a new 92-count superseding indictment of 16 men, including Hawit and Napout. Combined with the officials indicted in May, there are now 27 people named in the charging document.

Seven officials named in Thursday's announcement are from North America's soccer federation, CONCACAF, and nine are from South America's federation, CONMEBOL. Of the 16 new defendants, all of whom are facing charges including racketeering, five are current or former members of the FIFA executive committee.

"The betrayal of trust set forth here is outrageous. The scale of corruption alleged herein is unconscionable," Lynch said at a press conference.

The two men arrested in Zurich Thursday — Hawit, the president of CONCACAF, and Napout, the president of CONMEBOL — are suspected of taking millions of dollars in bribes linked to television rights. Lynch said the new charges primarily involve officials in Central and South America. With the arrests of the two officials, three consecutive presidents of both CONCACAF and CONMEBOL have all been indicted on corruption and conspiracy charges. Lynch addressed the cyclical nature of the corruption in her remarks.

"Consistent with the intergenerational nature of the corruption schemes, they involve payments relating to tournaments that have already been played, as well as matches scheduled into the next decade — including multiple cycles of FIFA World Cup qualifiers and international friendly matches involving six Central American member associations," Lynch said.

The arrests overshadowed FIFA's same-day announcement that it had approved a series of reforms aimed at cleaning up the scandal-ridden soccer-governing body. The proposed changes would set term limits, implement "integrity checks," distinguish between management and policy positions, and promote more women with the goal of increasing diversity.

"The events underscored the need to establish a complete program of reforms for FIFA today," Hayatou told reporters, according to the Associated Press. "These recommendations mark the beginning of a change of culture in FIFA. A great step forward has been taken."

FIFA released a statement saying it was "aware of the actions taken today by the U.S. Department of Justice" and that it "will continue to cooperate fully with the U.S. investigation as permitted by Swiss law, as well as with the investigation being led by the Swiss Office of the Attorney General."

Thursday's arrests are just the latest in the investigation into FIFA's corruption. In May, seven top-level officials were arrested in Zurich, where FIFA is headquartered. In September, FIFA issued a lifetime ban to Jack Warner, also a former head of CONCACAF, who was one of the officials indicted in May. In October, several key FIFA sponsors including Coca-Cola and McDonald's called for Blatter's resignation.

The longtime FIFA president did not resign, but he was suspended later in October after Switzerland announced that it had opened criminal proceedings against him. He has repeatedly denied wrongdoing.

In November, the former head of Brazil's soccer federation, Jose Maria Marin, who was one of the officials arrested in May, was extradited to the U.S. to face charges of bribery. He was the second official to be extradited in the probe, after Webb in July.