Accessibility links
Texas, Federal Government Face Off In Court Over Syrian Refugees : The Two-Way Texas backed down from a request that the court immediately block Syrian refugees from the state. But the state still alleges the U.S. has been acting improperly in how it settles Syrian refugees.

Texas, Federal Government Face Off In Court Over Syrian Refugees

Texas, Federal Government Face Off In Court Over Syrian Refugees 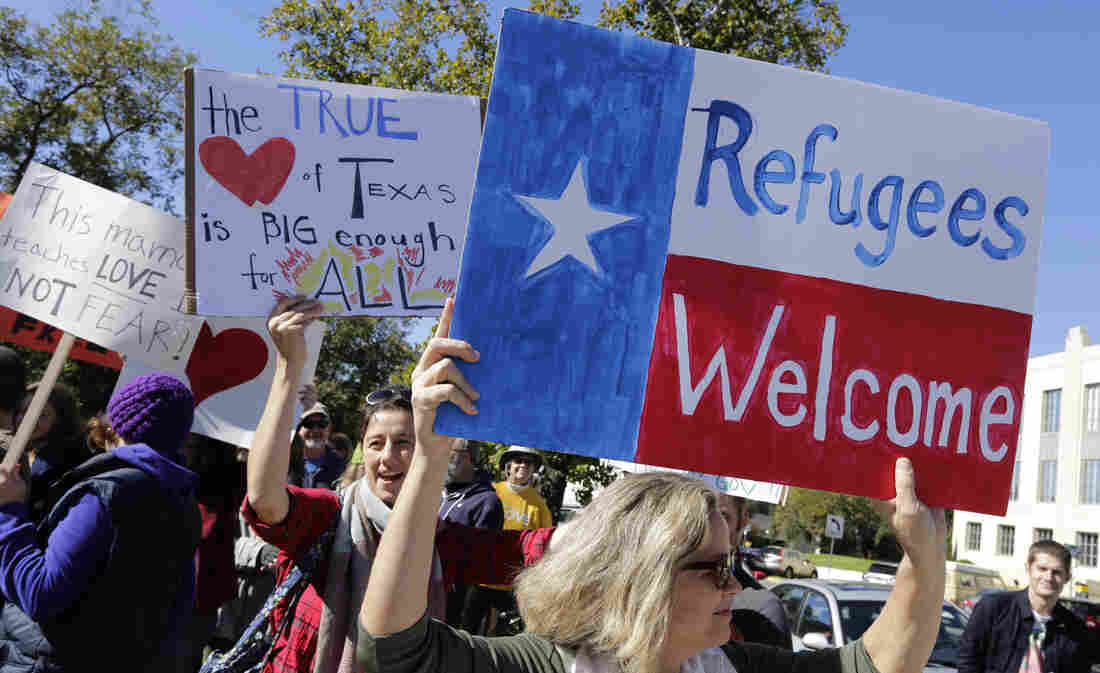 Members of The Syrian People Solidarity Group protest on Nov. 22 in Austin, Texas, after Texas Gov. Greg Abbott announced he'd refuse to allow Syrian refugees in the state. Texas and the U.S. government are now clashing in court over the issue. Erich Schlegel/Getty Images hide caption 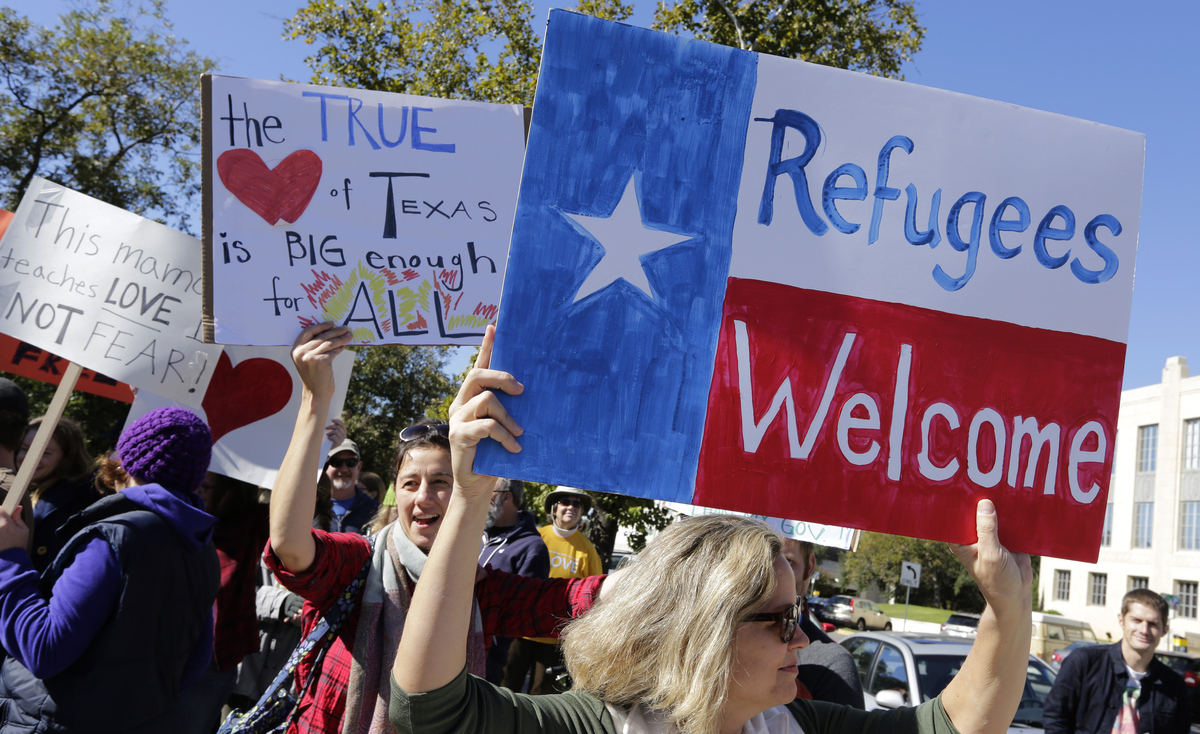 Members of The Syrian People Solidarity Group protest on Nov. 22 in Austin, Texas, after Texas Gov. Greg Abbott announced he'd refuse to allow Syrian refugees in the state. Texas and the U.S. government are now clashing in court over the issue.

Texas and the federal government have taken their power struggle over Syrian refugees to federal court.

In a suit filed Wednesday, the state says it wasn't adequately consulted over refugee placement and asked the court system to immediately block the resettlement of any Syrian refugees in Texas.

The federal government responded Friday, saying it had communicated with the state as required and that Texas' request would prolong the suffering of families with small children for no legitimate reason.

Hours after the federal government filed its brief on Friday, Texas Attorney General Ken Paxton announced that the state is withdrawing its request for a temporary restraining order to immediately prevent Syrian refugees from entering the state.

Paxton said in a statement that the change was prompted by the federal government's willingness to provide more information about the incoming refugees — not by the Justice Department's brief.

The seeds of the dispute were planted in mid-November, when Texas Gov. Greg Abbott announced that Texas was "not going to accept any more refugees from this dangerous zone of Syria."

But anti-refugee rhetoric from a governor is not the same thing as a closed border, as NPR's Jim Zarroli explained at the time:

"It's not clear what individual states can do to keep refugees out. Immigration policy is the jurisdiction of the federal government, and once refugees are allowed into the country, states cannot easily prevent them from entering."

Lacking the authority to block refugees directly, the state asked nonprofits that work with refugees to halt their resettlement process for Syrians, according to court documents, and demanded detailed information from the State Department on all Syrian refugees scheduled to arrive in Texas.

When the International Rescue Committee, a humanitarian organization that helps resettle refugees, indicated that it would continue to work with the federal government and Syrian families, Texas filed a lawsuit against the U.S. government and the IRC.

Texas claims the U.S. government failed to adequately consult with the state about refugee resettlement. "Whatever 'advance consultation' and 'close cooperation' mean, this is not it," the state says.

Texas also alleged that allowing the refugees to settle as planned would risk "irreparable injury" to the state, and asked for a temporary restraining order to immediately block the resettlement of Syrian families in the state.

The federal government is now asking the courts to deny the restraining order, arguing that Texas is demanding "an unwarranted veto power" over federal decisions about refugee resettlement.

The government is obligated to consult with states about process, procedures and the overall distribution of refugees around the country — but that doesn't mean a consultation about every individual refugee, the Department of Justice says.

And the state's claim of "irreparable injury" is specious, the department says:

"Plaintiff does not explain how these specific refugees — mostly children, their parents, and in one case their grandparents — pose a danger to anyone anywhere, let alone to the State of Texas."

"Refugees are victims of terror, not terrorists, and the families we help have always been welcomed by the people of Texas," the organization said earlier this week.