Accessibility links
A Man, A Plan ... A Marathon (In Space) : The Two-Way "The London Marathon is a worldwide event. Let's take it out of this world," says British astronaut Tim Peake, who will run the course virtually, on a treadmill in the International Space Station. 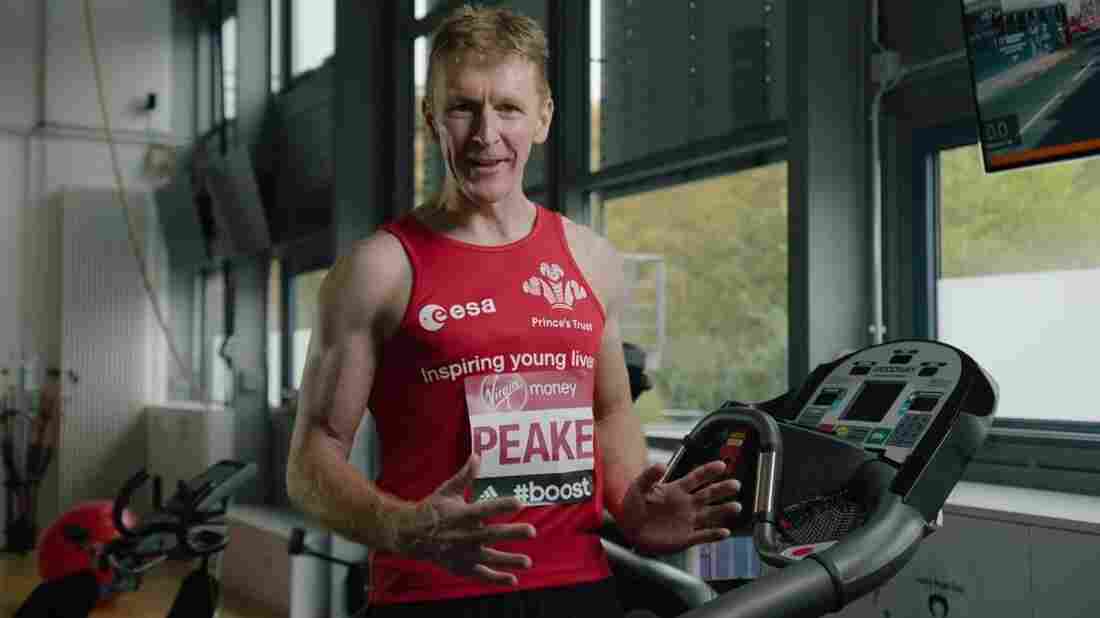 The British astronaut Tim Peake says he'll be running the London Marathon virtually — from around 250 miles above the Earth's surface. Screengrab by NPR hide caption 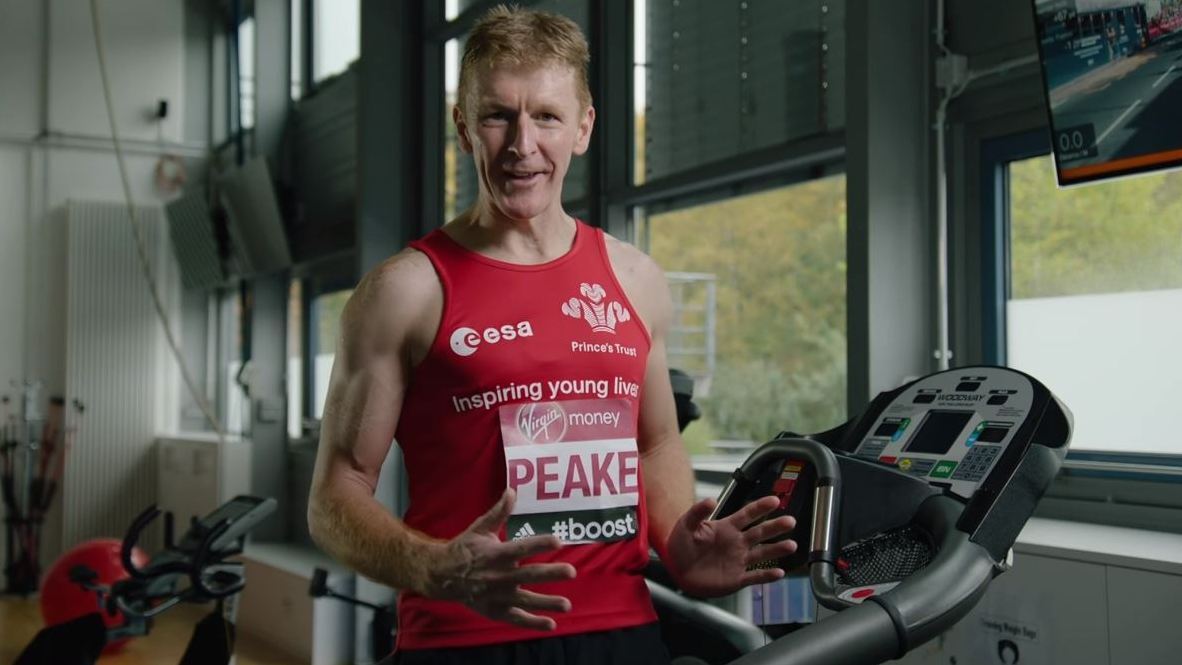 The British astronaut Tim Peake says he'll be running the London Marathon virtually — from around 250 miles above the Earth's surface.

The term "space race" will take on new meaning in a few months, if a British astronaut carries out his plan of running the 2016 London Marathon while he's nearly 250 miles above the Earth's surface. Astronaut Tim Peake says he got the idea after being assigned to the International Space Station.

"The London Marathon is a worldwide event. Let's take it out of this world," astronaut Tim Peake, 43, says, according to Agence France-Presse.

Peake is scheduled to go into space on Dec. 15, representing the European Space Agency. He'll become the first Brit aboard the space station, spending six months in orbit. And he'll also (virtually) run the marathon to help support The Prince's Trust, a charity that works in youth education and training.

During the April 24 race, Peake plans to run on a treadmill following the marathon's route — and seeing some of its sights — via a digital video version of the course.

After he revealed the plan Friday, Peake got both a vote of support and an autographed photo from the Pet Shop Boys. He had recently included the band's music as part of a competition in which Twitter followers have to name a song's title based on the lyrics.

What a cool message to end the week - thanks @petshopboys & I'll be sure to have some PSB on my #Spacerocks playlist https://t.co/mO3hQXxW40

We'll note that Peake will not be credited with the International Space Station's speed, which is normally around 4.75 miles a second — a rate at which he'd finish the marathon in less than 6 seconds.

A former cross-country runner who has run London's marathon before, Peake says that running a marathon in a weightless environment will bring its own complications.

"One of the biggest challenges that I'll be facing is actually the harness system," he says in an announcement about his plan, "In [micro] gravity, I would float if I didn't strap myself down to the treadmill. So I have to wear a harness system — it's a bit similar to a rucksack. After about 40 minutes to an hour, that gets very uncomfortable to run in.

Peake says he's excited about interacting with people during the marathon, saying that he'll be able to track his progress through London's streets on an iPad — all while orbiting his home planet at more than 17,000 miles per hour.

The AFP reports, "Peake ran the London marathon in 1999 in 3 hours 18 minutes and 50 seconds. This time around he recognizes he will not be setting 'any personal bests' but is still planning to complete it in 3 hours and 30 minutes to 4 hours."