Accessibility links
More Jobs, Cheaper Gas And Rising Stocks Help The Economy Look Up : The Two-Way The U.S. economy turned up encouraging signs for most Americans. Workers can now find more jobs, and drive to them using cheaper gas. And retirement accounts are getting a boost from rising stocks. 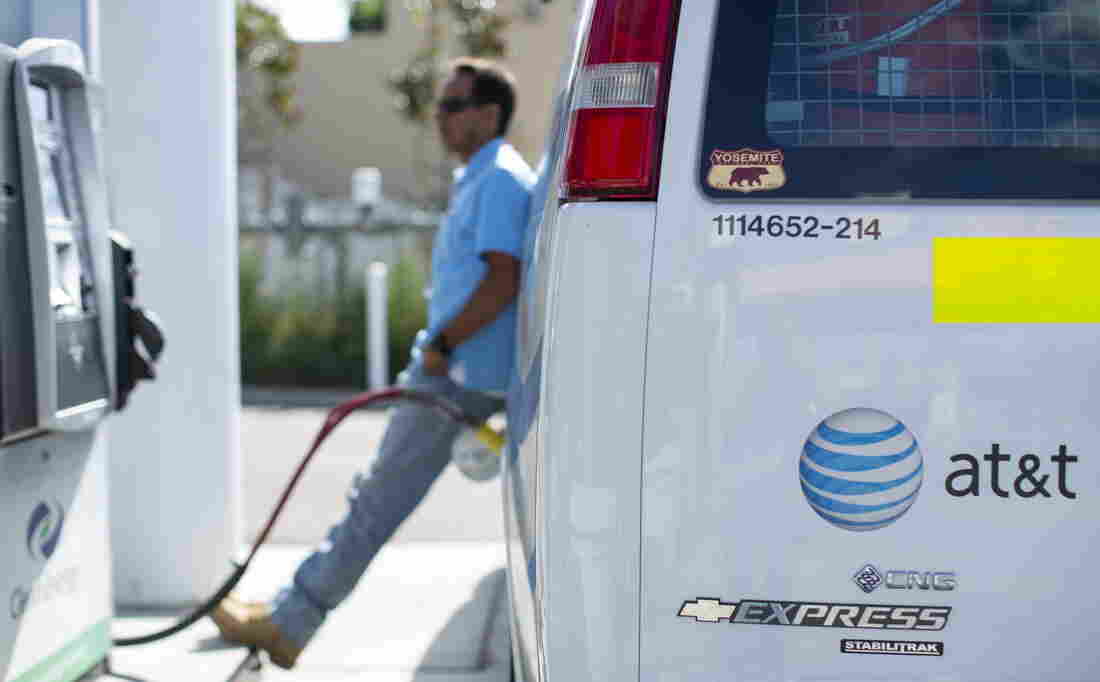 Prices for both gasoline and natural gas have fallen this year. An AT&T employee fills up his company van in San Diego last month. Mike Blake/Reuters/Landov hide caption 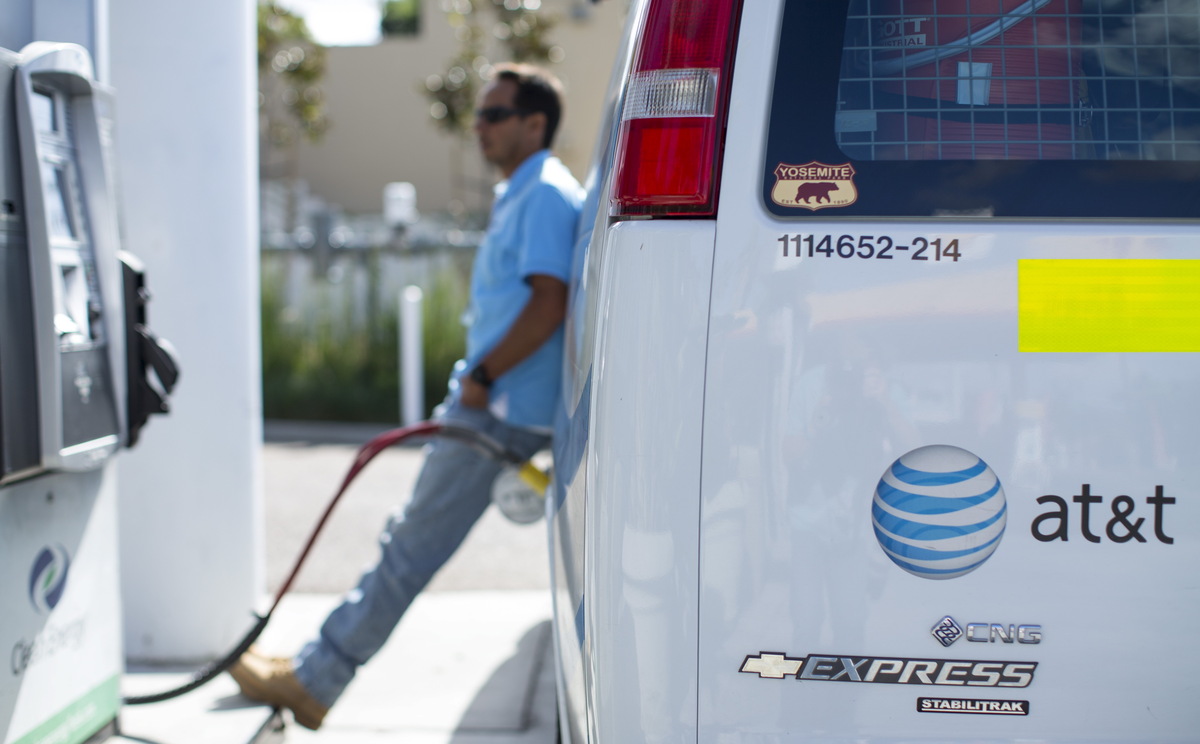 Prices for both gasoline and natural gas have fallen this year. An AT&T employee fills up his company van in San Diego last month.

No question, this was a traumatic, sad week because of the mass shooting in San Bernardino, Calif. It's not easy to turn to good news.

But putting grief aside for a moment, there were indeed positive developments for the country in recent days. With cheaper energy, more jobs and higher stock prices, most Americans have been seeing their financial situations improve. Here are some of this week's highlights:

Sure, there's bad economic news out there, too. Exports are being hurt by the strong U.S. dollar. That is depressing factory hiring. And many other countries are still underperforming, especially China. Energy companies are having to lay off a lot of people amid surging supplies and slumping prices.

So yes, the U.S. economy is never perfect. But this week, it did see a lot of reassuring signs. And with a week like this, Americans could use some good news.