Accessibility links
PHOTOS: Rescue Teams Respond To Historic Flood In Chennai, India : The Two-Way A flood in India's fourth-largest city has claimed at least 280 people so far. During a brief lull in weeks of heavy rains, the Indian government boosts its rescue missions to help stranded residents.

Chennai, India, is facing a slow recovery from its worst flooding in a century, which has killed at least 280 people since early November.

A short dry spell and receding water levels in a few areas are providing some respite to thousands of stranded residents, and the civilian and government-run relief workers navigating the densely populated city. Still, for many residents aid can't come soon enough.

"The Indian army, navy and air force have been deployed to rescue thousands stranded in Chennai, but according to local media, help is slow reaching them," NPR's Julie McCarthy tells our Newscast unit. "Torrential rains in the southern city have destroyed roads and rail links, shut down Chennai's airport and submerged industrial districts. Hundreds of thousands have been rendered homeless. Intermittent power is slowly returning. " 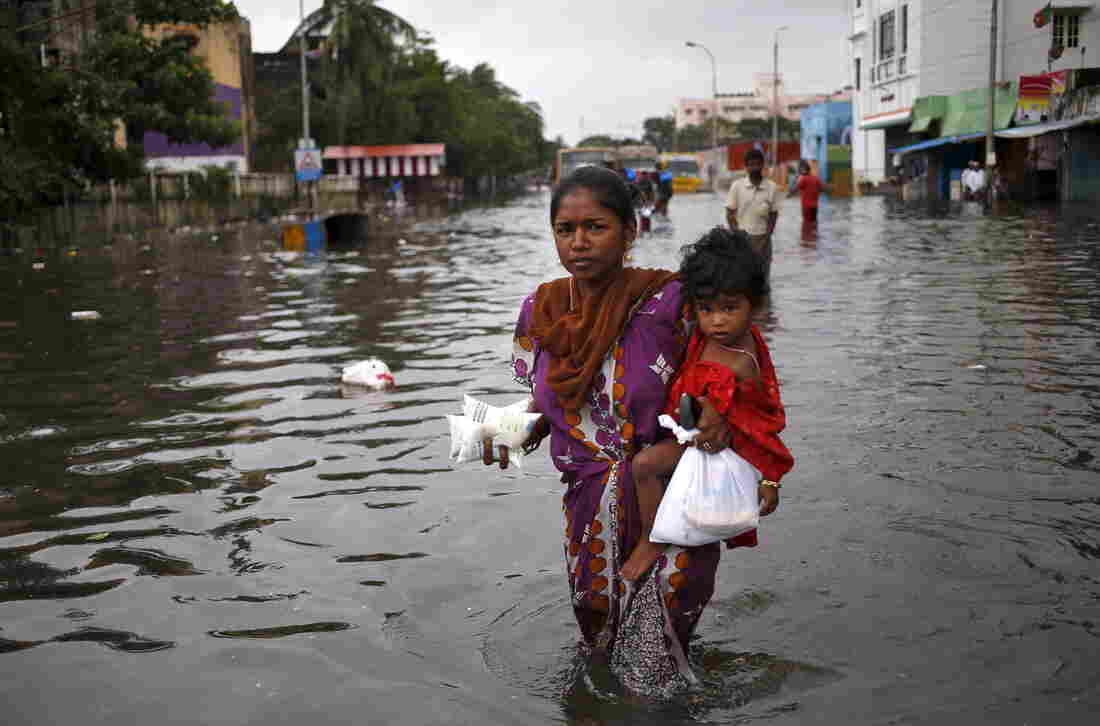 Child and milk packets in hand, a woman wades through a flooded street in Chennai on Saturday. Anindito Mukherjee/Reuters/Landov hide caption 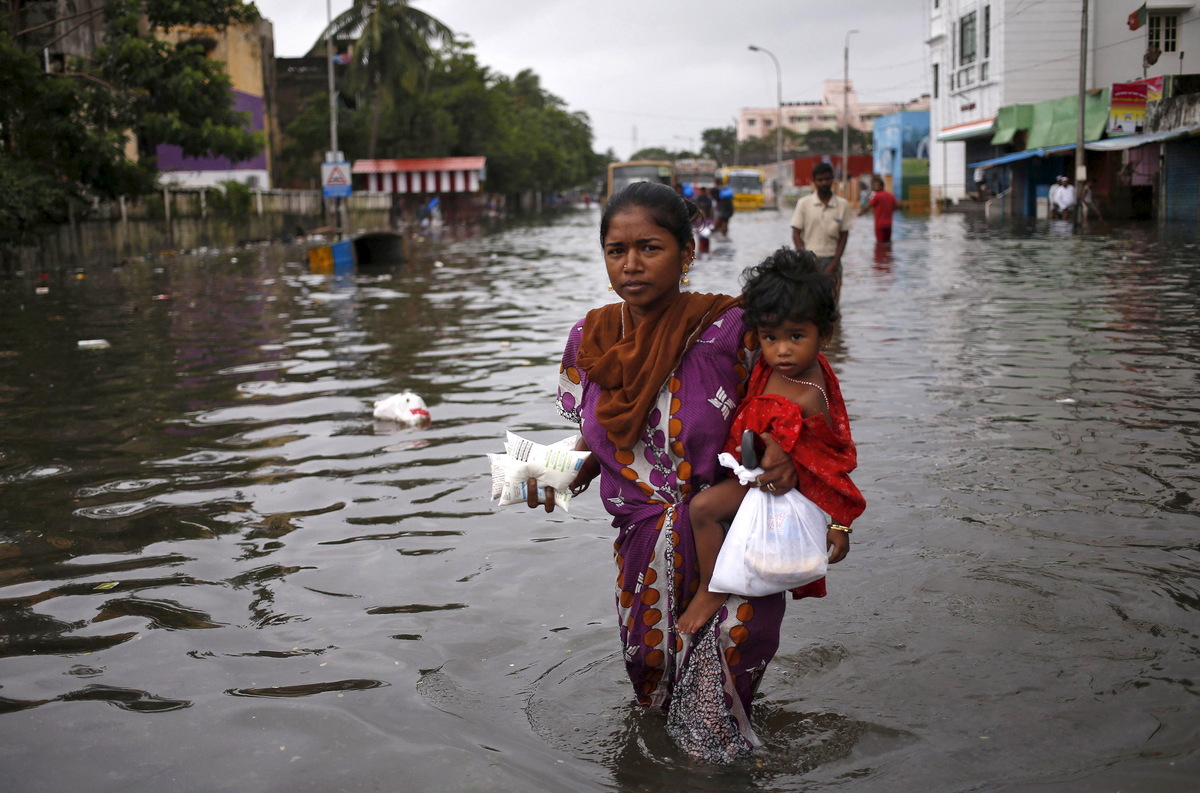 Child and milk packets in hand, a woman wades through a flooded street in Chennai on Saturday.

The airport is now partially opened, according to The Associated Press, and the National Disaster Response Force, a federal emergency response program, plans to deploy "20 more teams in addition to the 28 already on the ground, making it the force's largest deployment to a flood disaster."

Some of the hardest-hit parts of the southern state of Tamil Nadu logged as much as eight feet of water, reports Reuters, after a three-day rain spell, leaving many stranded on rooftops and trapped in buildings.

The potential causes of the deluge are gaining attention from world leaders as climate talks continue in Paris, adds McCarthy. Critics have cited the country's unregulated urban sprawl and its growing frequency of extreme weather. Heavy rainstorms are normal for India's eastern coastal region around monsoon season, which usually concludes by December, but "the intensity of this rainfall is unusual," says McCarthy. India's Meteorological Department projects a few more days of heavy rainfall next week.

Images from around the region, which you can see in the slideshow above, show residents and responders impacted by the record-setting flood. And beware of the doctored image floating around, showing Indian Prime Minister Narendra Modi looking at the flooding from an aircraft window during his Chennai visit on Thursday. The since-deleted image was posted to Twitter by the government's Press Information Bureau before it went viral. 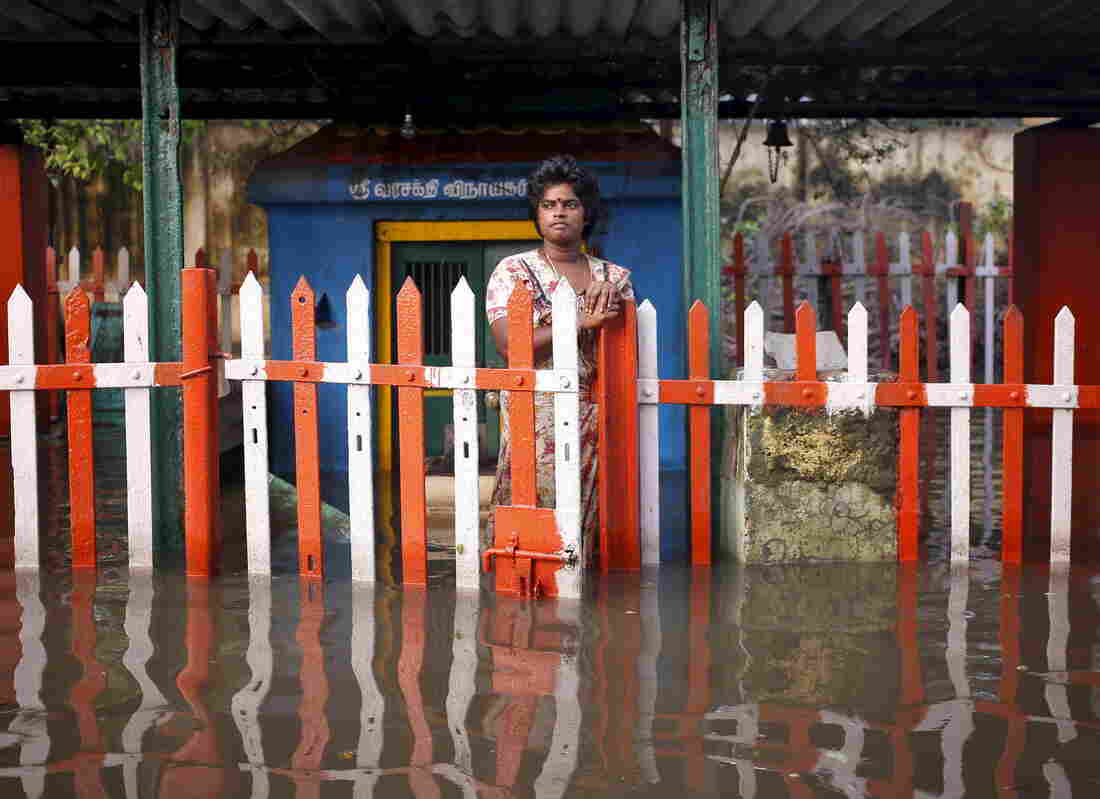 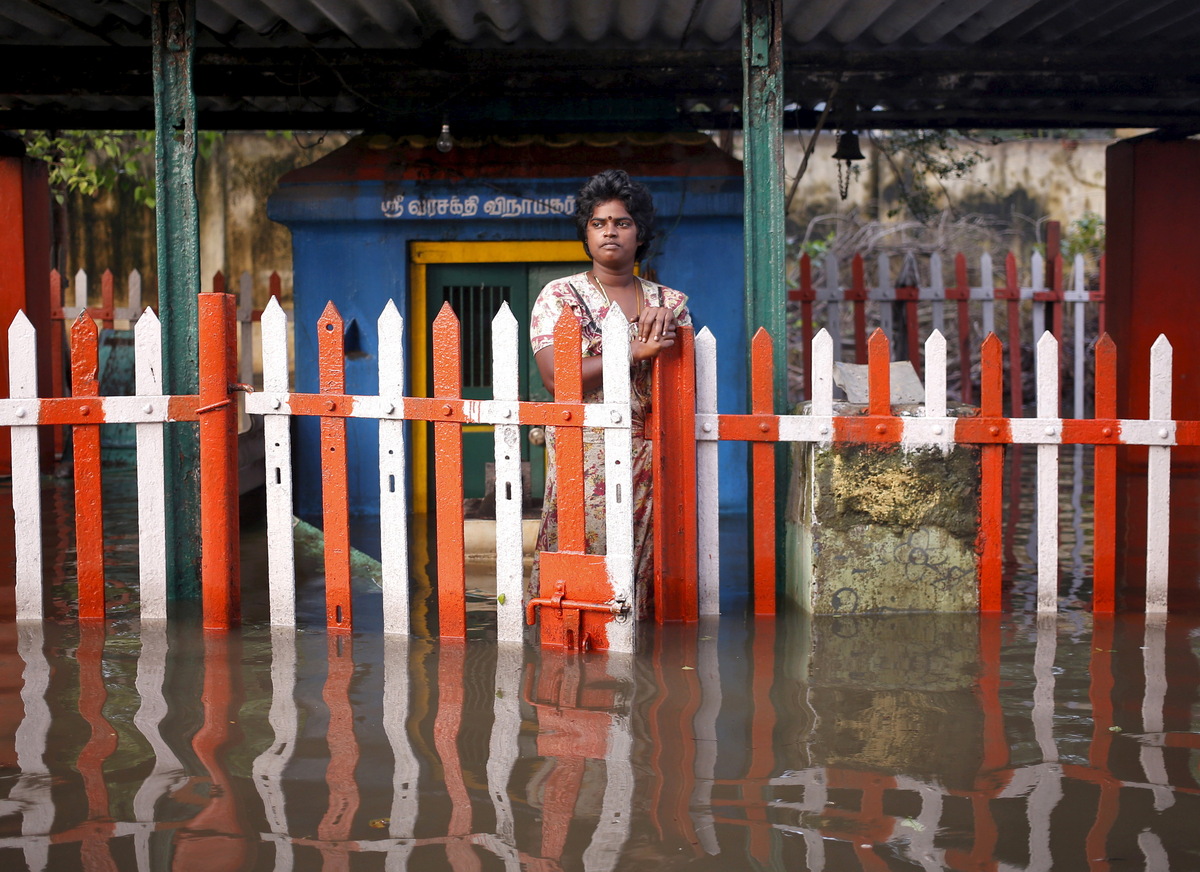 A woman stands outside a submerged temple on Friday.