Accessibility links
Wreck Of Legendary Spanish Galleon Is Finally Found, Colombia Says : The Two-Way The San Jose sank in 1708. The value of its cargo — believed to include gold, silver, emeralds, and other precious cargo — has been estimated at more than $10 billion. 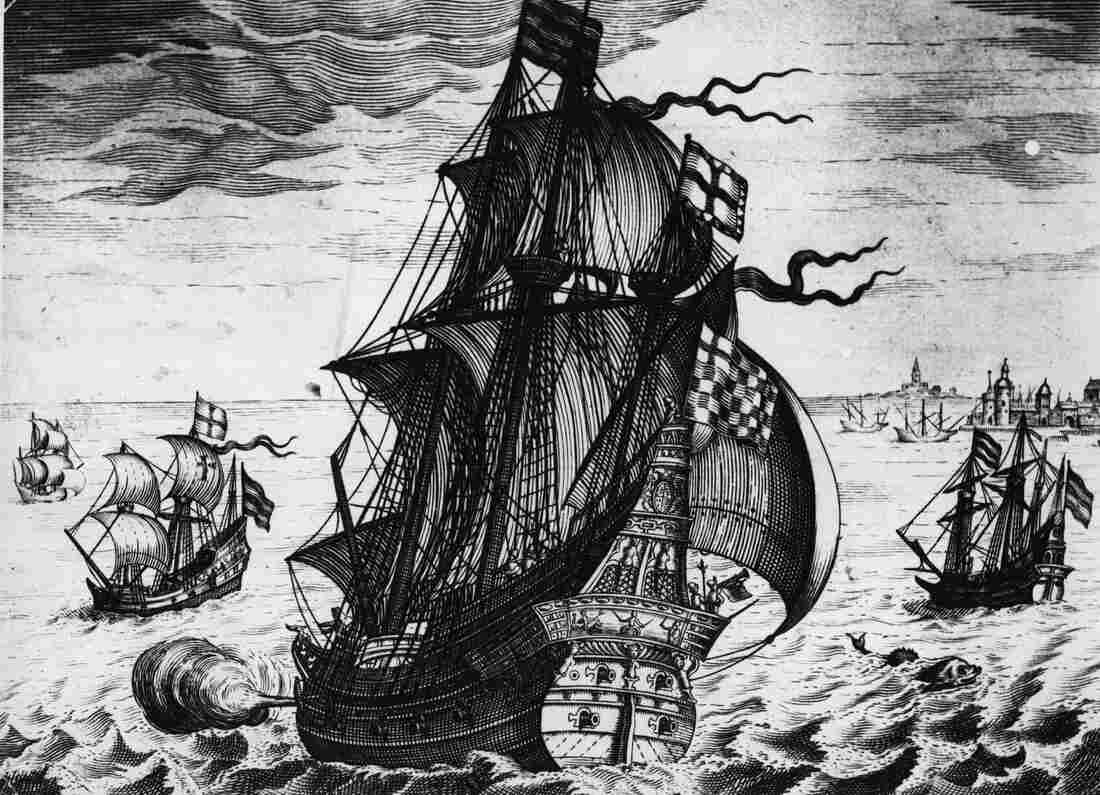 A Spanish galleon is seen here in an artist's depiction of trade on the high seas in the 16th century. Colombia says it's found a galleon from 1708 that is believed to hold billions of dollars' worth of treasure. Hulton Archive/Getty Images hide caption 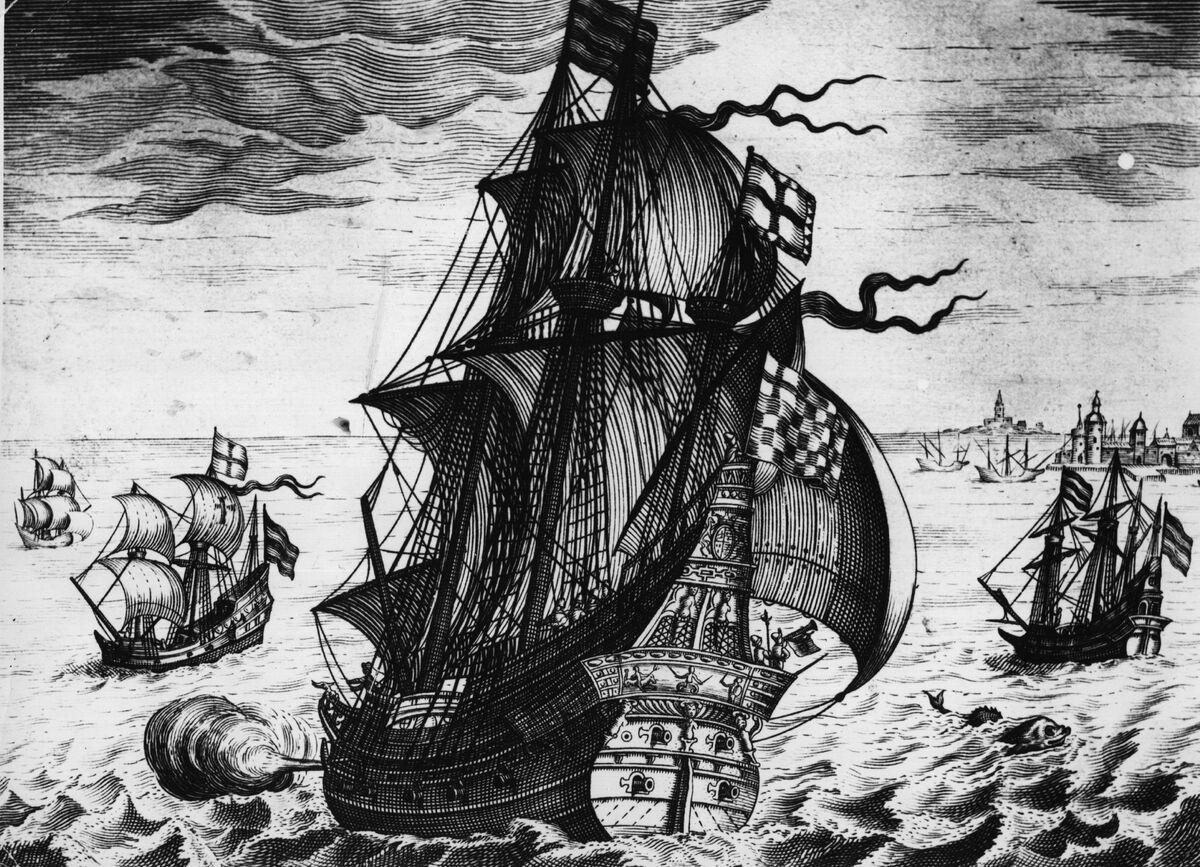 A Spanish galleon is seen here in an artist's depiction of trade on the high seas in the 16th century. Colombia says it's found a galleon from 1708 that is believed to hold billions of dollars' worth of treasure.

More than 300 years after it sank during an attack in the Caribbean near Cartagena's coast, a Spanish treasure ship has been found, says Colombia's President Juan Manuel Santos.

The value of the San Jose's treasure — believed to include gold, silver, emeralds, and other precious cargo — has been estimated at more than $10 billion, with a range of $4-$17 billion often invoked. Much of the bullion came from mines in what is now Peru.

The discovery was made on Nov. 27, Santos said at a news conference in Cartagena Saturday. He called it "one of the biggest findings and identification of underwater heritage in the history of humanity."

At a formal announcement this morning, Santos said, "I am very pleased, as head of state, to inform you that, without a doubt, we have found, 307 years after its sinking, the galleon San Jose."

The three-decked ship was reportedly 150 feet long, with a beam of 45 feet; it was armed with 64 guns. Colombia says researchers found bronze cannons that are in good condition, along with ceramic and porcelain vases and personal weapons. The researchers say that the specifications of the cannons leave no doubt that the wreck is that of the San Jose. 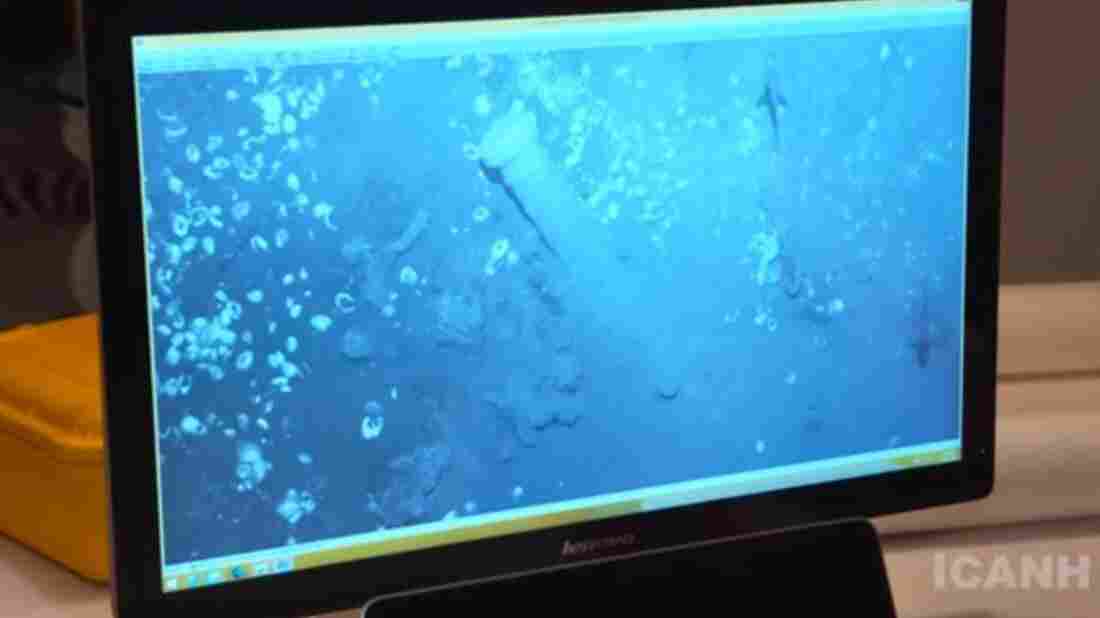 A still from a video released by Colombia's Institute of Anthropology and History shows bronze cannons that researchers match those of a legendary Spanish galleon. Screengrab by NPR hide caption 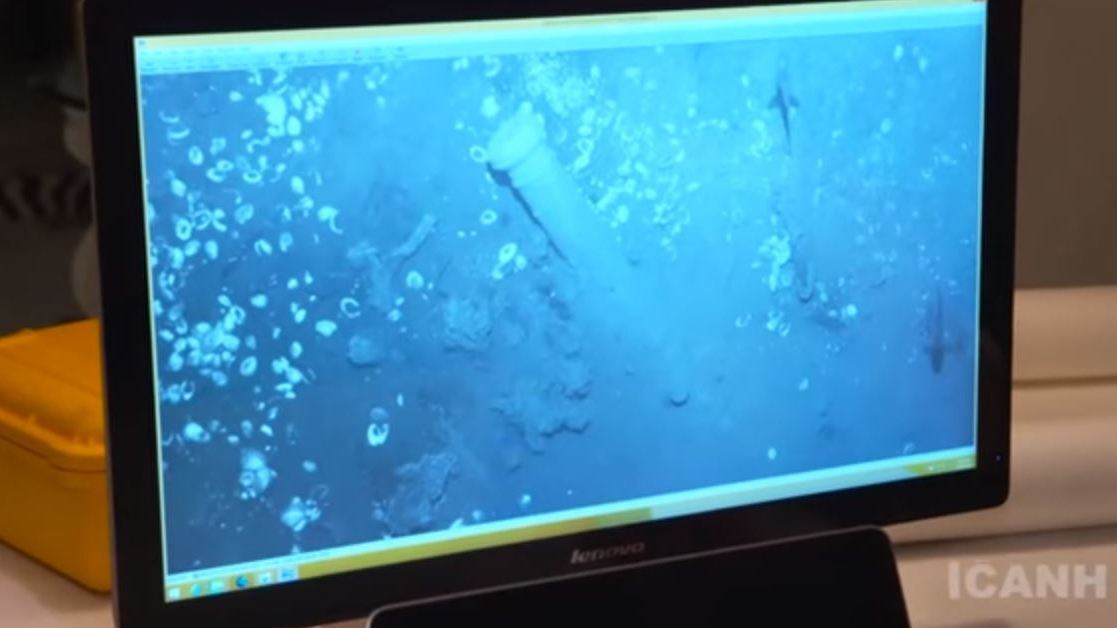 A still from a video released by Colombia's Institute of Anthropology and History shows bronze cannons that researchers match those of a legendary Spanish galleon.

Santos' office also says that so far, the evidence suggests "the San Jose did not explode, as stated in almost all books" about its sinking. Santos also says that it will take several years to recover items from the wreck.

If it's borne out, the find would write a new chapter into a shipwreck story that has long fascinated people in Colombia and elsewhere — it even figures in Colombian writer Gabriel Garcia Marquez's novel Love in the Time of Cholera, as an object of both fantasy and lore.

Announcing the historic find, Santos said that the discovery had been documented for future generations. His office released a roughly edited video Saturday that shows a ship's crew exploring underwater areas with a submersible probe — and sending off a hard drive of data for analysis.

The president said that after a massive undertaking, several shipwrecks had been found on the sea floor — and that by working with the navy and a team of international scientists, Colombia's Institute of Anthropology and History determined that "an archaeological site that corresponds to the... galleon San Jose."

Santos also paid tribute to the 600 people who lost their lives in the sinking of a ship that had been intended to bring treasure back to Europe.

The galleon was meant to help fund the war effort led by France against Britain in the War of Spanish Succession. It also sparked a modern legal battle, after its location was initially reported to be miles off the coast at a depth of more than 800 feet by a salvage company in 1981.

That find was part of a collaboration between Colombia's government and the American company Sea Search Armada — which later filed a lawsuit, after Colombia claimed ownership of the wreck as a heritage site. Today, Colombia says the ship was found in a place "never before referred to by previous studies." 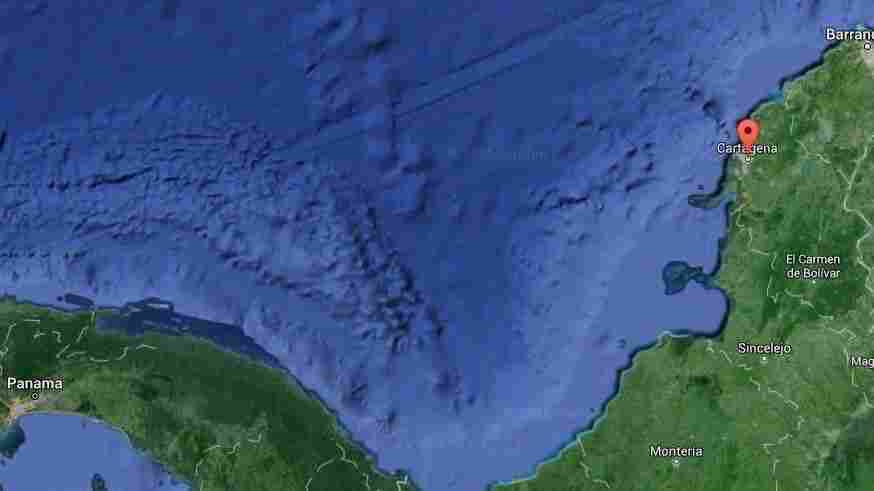 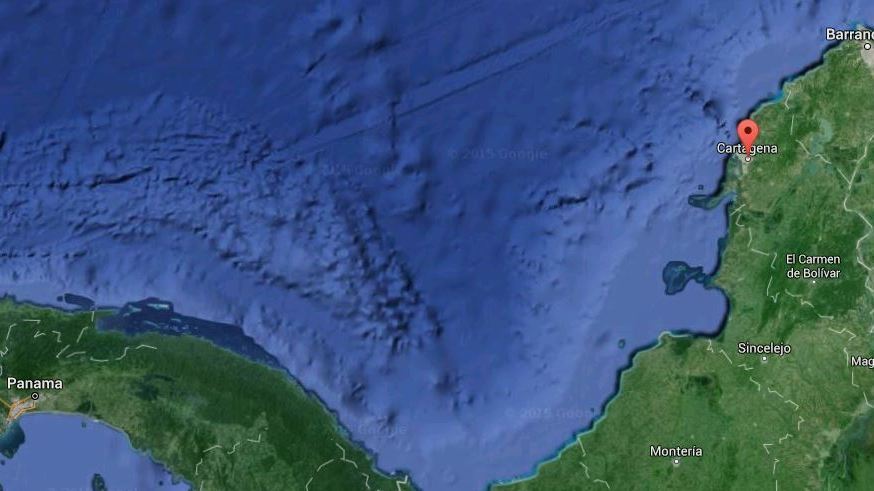 The San Jose was reportedly found miles off of Colombia's Caribbean coast, near Cartagena (marked).

As part of the court filings in the court case, the salvage company published a history of the final battle of the San Jose, the flagship of an armada of 15 ships that was escorted by two French frigates.

"The complaint in this case reads like the marriage between a Patrick O'Brian glorious age-of-sail novel and a John Buchan potboiler of international intrigue," U.S. District Judge James Boasberg wrote in his 2011 ruling — which went against SSA, due to the statute of limitations.

Here's a portion of the document that describes the heart of the combat between Britain's Commodore Charles Wager (who was later knighted) and the weighted-down — and badly leaking — galleon of Spain's Admiral Jose Fernandez de Santillan, Count of Casa Alegre:

"In a one-on-one battle, Wager's ship, the Expedition, had the San Jose outgunned both in the number and size of their cannons. The first bloody broadside was exchanged between them shortly after sunset. There were casualties on both sides. In the light winds, the ships seemed to be drifting, but locked together, blasting each other with cannonades of chains, scrap iron, and balls of all sizes up to Wager's 32 pounders. The largest cannons on the San Jose were 24 pounders. Between broadsides, each ship raked the other's decks with small swivel cannons and muskets.There was a good deal of blood on the decks of both ships. Sand was quickly poured over the blood to allow sure footing for the crew, as the battle continued without interruption.

"By 7 PM, it was quite dark. Wager's sixth broadside answered Alegre's. Blasts of fire and smoke spurted out of thirty cannons consecutively as they came to bear. The noise was deafening. The smoke, smelling of sulphur and brimstone, was heavy in the air, and punctuated with crimson from fire streaking out of the cannon barrels. With little wind, the smoke was slow to clear; it enveloped and obscured the two ships pounding each other at close range.

"The Expedition's 32 pound cannonballs blasted through the heavy timbers of the San Jose's hull at a distance of about 100 feet. After the last of the Expedition's 30 cannons had fired, there was a brief silence as the gun crews tried to see through the smoke to assess the damage they had done. The silence was broken by a tremendous explosion on the San Jose.From the deck of the Expedition, Wager could feel the sudden heat of the blast, but little of the shock, as the path of least resistance for the explosion inside the San Jose was upward. The gunpowder which had been moved up from its lower hold to escape the leakage had ignited. Its explosion drove the hull of the San Jose down into the sea with a force so great it created a shock wave--a wall of water so high it came in at the Expedition's gun ports. The San Jose's upper decks, which were not built to withstand forces from below, offered little resistance. The decks blew skyward, splintering from the blast and igniting from the heat."

The account concludes that the galleon sank so quickly that it seemed to simply vanish.