Accessibility links
German Chancellor Angela Merkel Is 'Time' Magazine's Person Of The Year : The Two-Way The magazine said it picked Merkel for her "steadfast moral leadership in a world where it is in short supply." Merkel is the first individual woman to receive the honor in 29 years.

Citing her "steadfast moral leadership in a world where it is in short supply," Time magazine chose German Chancellor Angela Merkel as its person of the year.

Merkel, the magazine writes, has led her country and Europe amid a refugee crisis, an economic crisis and terrorist attacks.

"At a moment when much of the world is once more engaged in a furious debate about the balance between safety and freedom, the Chancellor is asking a great deal of the German people, and by their example, the rest of us as well. To be welcoming. To be unafraid. To believe that great civilizations build bridges, not walls, and that wars are won both on and off the battlefield. By viewing the refugees as victims to be rescued rather than invaders to be repelled, the woman raised behind the Iron Curtain gambled on freedom. The pastor's daughter wielded mercy like a weapon. You can agree with her or not, but she is not taking the easy road. Leaders are tested only when people don't want to follow. For asking more of her country than most politicians would dare, for standing firm against tyranny as well as expedience and for providing steadfast moral leadership in a world where it is in short supply, Angela Merkel is TIME's Person of the Year." 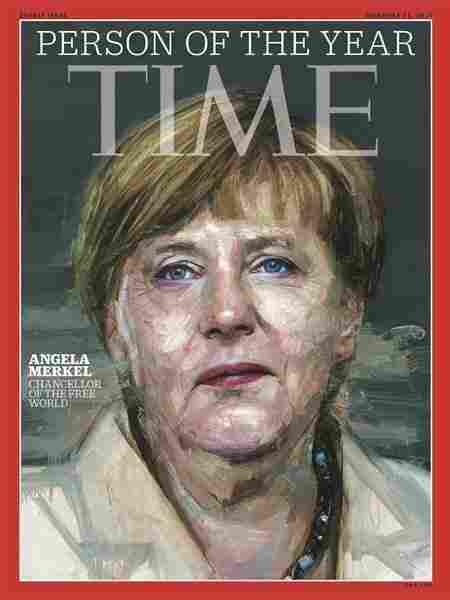